Top 5 Ways Clash of Clans is Better Than Boom Beach 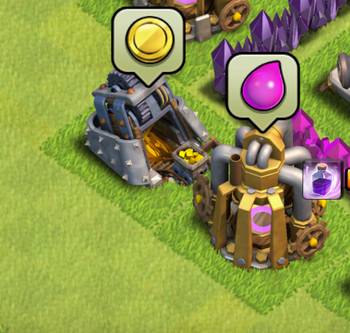 Clash of Clans is better than Boom Beach when it comes to earning loot. In Clash of Clans, your collectors fill up and you tap them, and then you get the loot. It's simple but effective.

If you get raided, you lose a portion of what's stored in your base, subject to certain multipliers and maximums. There's an incentive to raid bases with stronger Town Halls than yours, and raiding weaker bases has a significant penalty.

In Boom Beach you've got collectors as well. However, a significant portion of your passive loot comes from Resource Bases. You have to fight with another player for control of each of these bases. Every time one of you wins, the base gets stronger and harder to raid. If you're not tough enough to take a Resource Base back, chances are you're just going to be at a loss for resources for a while until you can find a new opponent or your troops power up.

Meanwhile, if someone raids your base they can take a lot of your resources. If you don't have a vault, they can take everything - something that catches a lot of new players off guard. It takes a significant amount of work to level your vault enough to protect even half your resources from raids.

There's also no shield, which means that you're constantly at risk of being raided. This makes it very difficult to save up for expensive upgrades.

# # 4: Clash of Clans has better matchmaking

Yeah, yeah, I know. I said I liked Boom Beach's matchmaking better in my last article. I do like some of the changes in Boom Beach. But some of it I hate - I think Clash of Clans matchmaking is better in many ways.

In Clash of Clans, you are randomly assigned an opponent, and you can choose to skip them for a small penalty. Thus, you can go looking for bases where your troops are effective and the rewards are good. 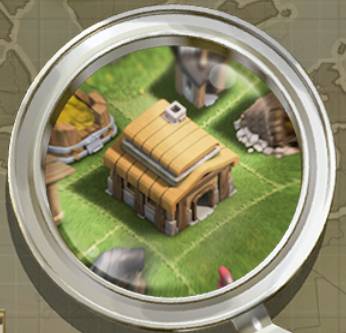 In Boom Beach, every so often another player will claim one of your islands. As long as they're there, you're getting less gold per hour from your passive income. You can't skip them until a few days have passed. If their base is really tough and there's not enough rewards to make it worthwhile, tough luck. You're stuck.

If you run out of players on your islands, you can't fight anymore. You've got to wait around for the game to plop another random person down on one of your islands.

I like the Boom Beach model of "troops that survive the fight get to go back to base with you." That's cool. What I don't like is the lack of flexibility that the troop transports bring.

In Clash of Clans, you get a fixed number of camp slots, but you can fill them however you please. If you want to fill them with a smattering of every different type of troop, more power to you!

In Boom Beach, however, the troop transports can only hold one type of unit at a time. Some units use more slots than others, so say you have 10 total slots on a transport. If you fill the transport with Heavy units, you'll only get 2, and 2 slots on the transport will be wasted. You can't mix and match.

Combine this with the low number of transports, and you've got significantly less strategic options to choose from. Don't even get me started on the fact that every unit in a transport must deploy at the same time...

One of the cooler things you can do with Dark Elixir in Clash of Clans is summon Hero Units. So far we have the Barbarian King and the Archer Queen. You can level them up and deploy them during any fight, or have them guard your base. It's a cool RPG-esque element to the game that I find to be a lot of fun. They've also recently added activated abilities to Hero Units that make them even more tactical.

Sadly, this is completely missing in Boom Beach. Your units are generally disposable and can't be used to defend your base, period. I think it would be cool if this was added at some point, though.

This one seems obvious. It's right there in the title of the game, for crying out loud! Clans are an integral cooperative and competitive element in Clash of Clans. You can donate troops to your friends, which boosts your defense or your raid strength. There's a clan-private chat, which you can use to socialize with your friends or swap strategies.

Being in a clan also gives you a reason to log in daily, raid often, and keep your base going strong. Looking at your clanmates' bases can encourage you to keep playing in order to keep up. Trophies determine your ranking in your clan's order, so being in a clan also incentivizes you to care about trophies.

Clans in Clash of Clans have only improved over time. Recently Clan Wars were introduced, which pit your clan against other clans for glory and loot. Mostly loot. It's a chance to work together cooperatively in a way that few mobile games capture. It really requires everyone to coordinate attacks and scrutinize each others raids and town layouts.

# Are you a Boom Beach die-hard? You should check out my other article, The Top 5 ways Boom Beach is better than Clash of Clans!

# What's your favorite thing about Clash of Clans? Do you like it more than Boom Beach? Why? Tell us in the comments!