Recently, after a half year hiatus, I was finally able to play Vault of Glass... and I was blown away. The play through was epic, but what is even more surprising is the fact that this content has been in the game since shortly after launch, yet I may never have played it simply because I didn't have a big enough group of Destiny friends. "End game" content of this style has some significant downsides. In this article I'll dissect the problems and pose some thoughts on a better solution that hopefully Bungie (or their competitors) will figure out.

When Bungie set out to make an MMOFPS, I was elated. As Halo fanboys go, I'm the type that would make a complete list of multiplayer medals, just because I wanted to try and get them all. A devoted Bungie fan since the first Halo title, something I've always loved about them is that they do more than just iterate on good IP. They bring new innovations to each game they release... huge, exciting new features that bring back that Christmas day excitement I've always felt when enjoying fun, new, video game experiences. From the heart-pumping Warthog escape finale in the first game to the community driven insanity made possible by Forge, there has just always been a lot to love. This extends to "End Game" experiences that they provided with Skulls to find and amazing Vidmaster Achievements to attempt. Several of the Vidmasters were so epic that they remain some of my absolute best experiences in gaming. agent86ix even got me a framed picture of some majestic Mongoose rocket-launcherage that contributed to us completing Vidmaster: Deja Vu. 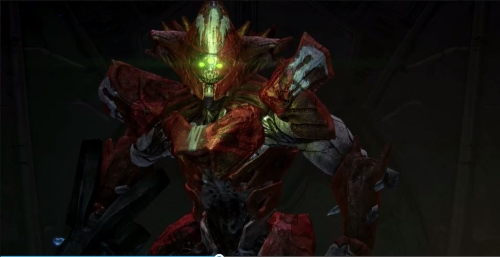 Then came Destiny. As with previous titles, I tore into the game as soon as it was available and methodically chewed my way through to Destiny "End Game". The game is certainly innovative, practically one of a kind. Public events are not exactly what I expected, but they do make for a pretty cool interaction with perfect strangers. Sometimes even non-event "happenings" will attract the attention of an impromptu team of Guardians, and these are some of Destiny's brightest moments in my opinion. As I reached level 20 and started grinding for Light gear, something felt missing though. Where were the epic MMO battles? Where was the PvE team coordination that it took to accomplish exciting things like Vidmaster? By all rights the game was amazing, but I couldn't help feeling a little let down by my idols at Bungie. Little did I know that what I was looking for was right under my nose in the Destiny End Game instance Vault of Glass - locked behind a "friendwall" that made the content inaccessible to me. 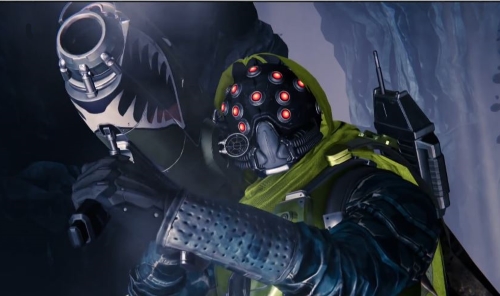 Flash forward half a year - an XBox One deal and a significant amount of peer pressure final lead to me purchasing Destiny a second time. It is the only game that I have ever given such an honor, and I hope it will be the last. I saw an opportunity to finally play Vault of Glass, and I just had to know if the amazing experiences I'd once known in Halo were in Destiny somewhere. It turns out, the answer is a resounding "yes". Vault of Glass is everything I had been anticipating from Bungie all along. It is basically another "planet-worth" of content. There are various enemy types which can only be found in the Vault, as well as team coordination puzzles that only appear in this area. As impressed and excited as I was to play all of this cool new stuff, I couldn't help but wonder Why is such excellent content "friendwalled" behind the need for five End Game friends? Why is it necessary to form PUGs by harassing folks in the hub world, or using an outside game method like Reddit? Six player teams are not "Un-PUGable"... WoW has been doing it for more than a decade. By limiting the content to players that can organize a substantially sized group of high level players with minimal in-game help, I have to wonder what percentage of folks like me give up on Destiny without ever entering the Vault.

Destiny is certainly by no means a bad game in its current state. A lot of the problems I see with it were also problems with MMORPGs when that genre was still young, so I think it is fair to cut Bungie a little slack as they attempt to create this new "MMOFPS" genre. What concerns me as a fan of Bungie games and the lore surrounding them, is whether Bungie will figure these things out before another significant franchise does. I think it is fair to say that World of Warcraft is not the 800 lb gorilla of MMORPG because it was the first, or because it had the most beloved IP - in fact if you rewind to its first year after launch I'd wager there were a decent number of gamers that would have identified much more with Star Wars or Lord of the Rings (both of which later launched less successful MMORPGs). At this point the Destiny is so successful Bungie team builders must involve doing trust falls into cash piles, so its possible they aren't looking over their should as much as they should be. In order to continue the epic success of Destiny's launch, the "End Game" and matchmaking shortfalls will need to eventually be addressed or less hardcore players are bound to leave for the next big thing.