Sundered is the second release from indie studio Thunder Lotus, who we have met on several occasions over the years. Their previous game, Jotun, knocked our socks off with its extremely detailed visuals and giant boss combat. Does Sundered clear the bar that Thunder Lotus has set with Jotun? Read on to find out in our Sundered review!

Sundered is a action roguelite side-scrolling Metroidvania game. Some of those pieces really don't seem to fit together - I reacted with incredulity the first time I heard the pitch. How do you have a game with non-linear progression gated by abilities while also being procedurally generated? Metroidvania games are often distinguished by their very carefully planned level designs, whereas roguelike/lite games tend to be more random and haphazard by design. 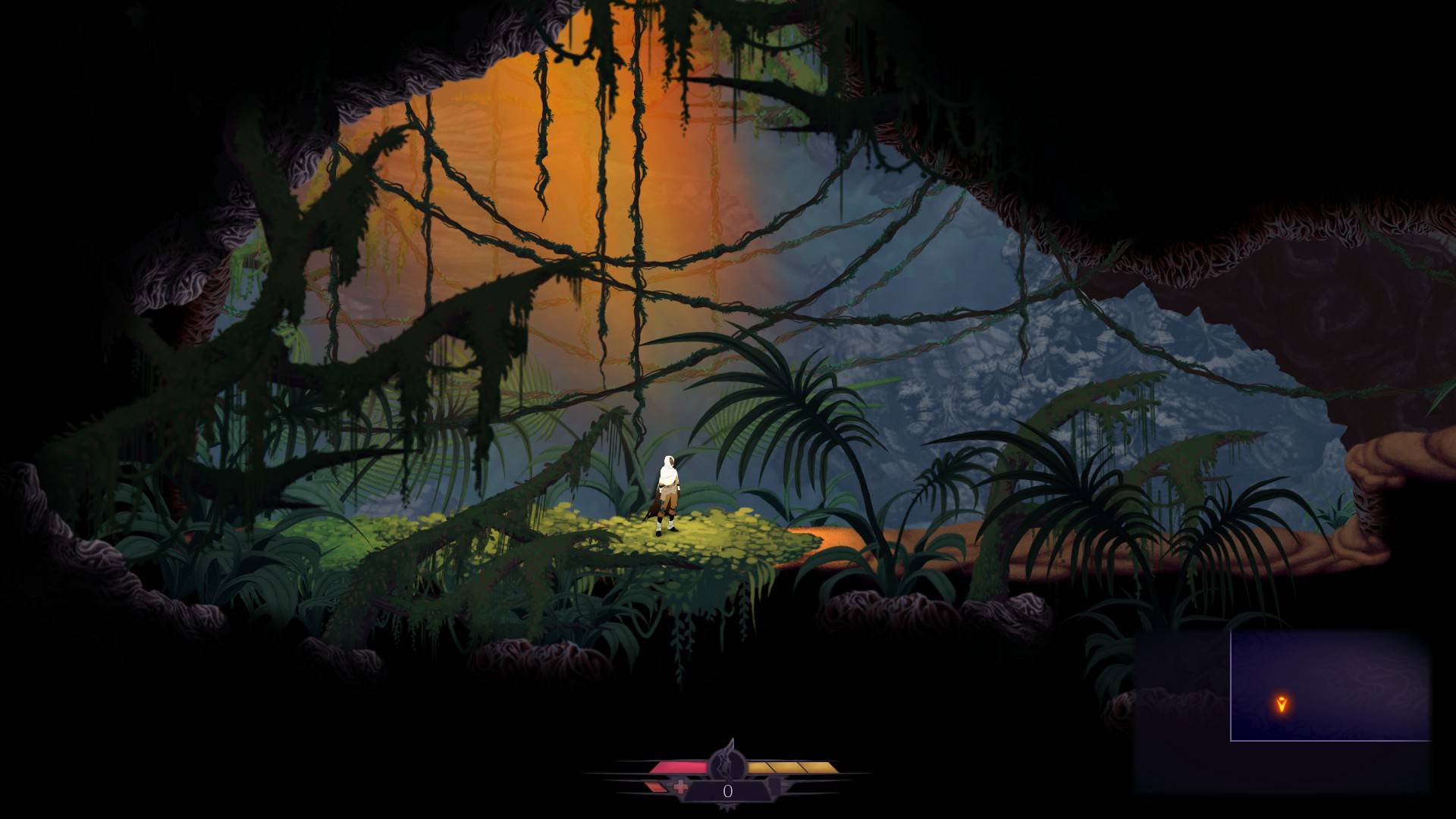 Sundered pulls this off by being smart about how it combines random elements and prefab locations. The overall world map layout is fixed, with various major rooms and arenas carefully placed to enable ability gates and boss fights. However, large chunks of the map are big, dynamic spaces that are filled in randomly between runs. From my experience, there are various "room templates" that you'll see repeated between runs through these spaces, with other smaller connectors that join them together.

Now that we've resolved the genre dichotomy, we can move on to talking about the game! Sundered is very much in the vein of Symphony of the Night in terms of combat. You've got a melee weapon with a rapid strike attack, plus a dodge roll that grants invulnerability. There's also a ranged weapon that pierces enemies and walls that you unlock, although ammo is limited. 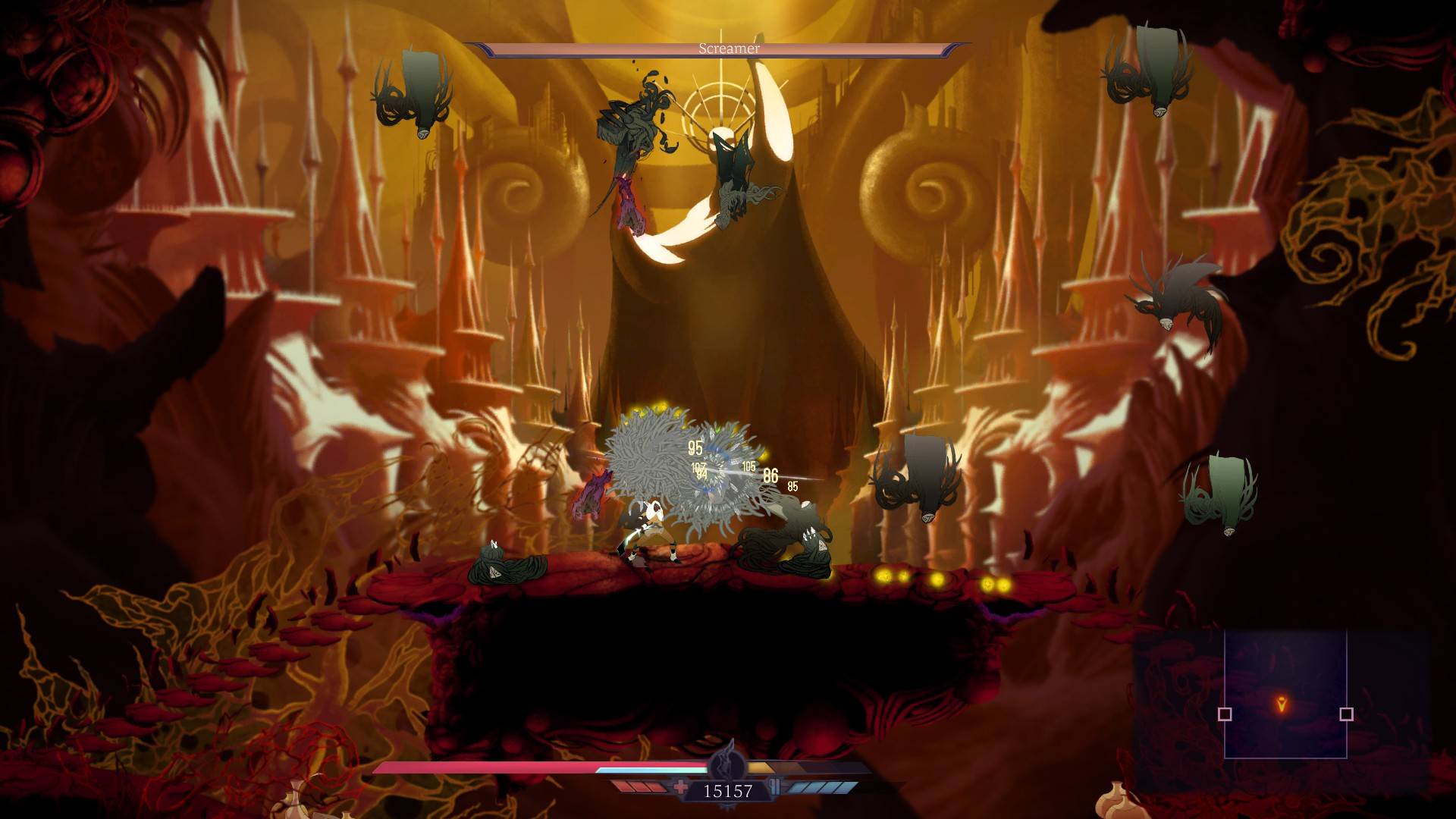 Combat encounters are randomized, and they could occur at any point as you are exploring. Sundered throws a practically insane number of monsters at you at times. This is probably my main gripe about the game - it's very hard to be strategic when there are literally so many enemies you can't even see yourself sometimes. It can be difficult to determine if the spawns are infinite or if eventually you'll manage to beat back the tide. Running away is often not an option - the enemies can traverse the environment faster than you, there are hazards to consider, and some enemies can even block your escape.

Most of the abilities you unlock as you progress through Sundered add additional movement options. Double jump, air dash, wallrun, etc. There's also a massive skill tree that buffs your stats and increases your overall survivability. Buying perks from the skill tree requires shards that drop from enemies, so plan on killing a lot and dying a lot in the process. While the progression is satisfying, at times getting the shards you need means subjecting yourself to a bunch of repetitive combat. 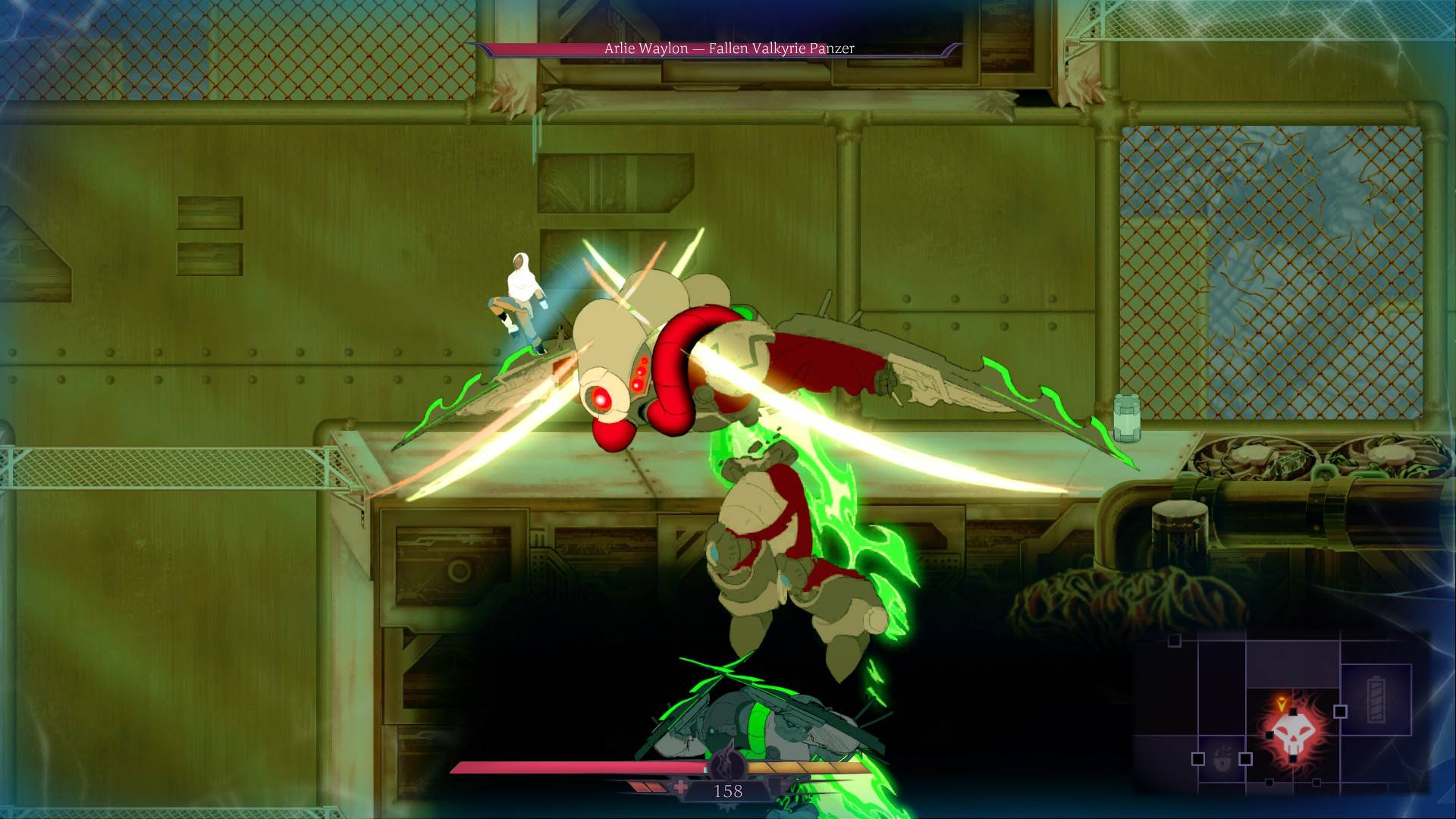 Much like in Jotun, the real highlight of the enemy encounters in Sundered is the boss battles. Each of Sundered's 3 zones contains a set of minibosses and a massive area boss encounter. The bosses play with your sense of scale and often challenge you to perform precise platforming feats while something huge (but extremely well animated!) is creatively trying to murder you. None of the bosses are downright impossible, but each failure means you've got to navigate all the way back to the boss room from the starting location, which can be a pain. 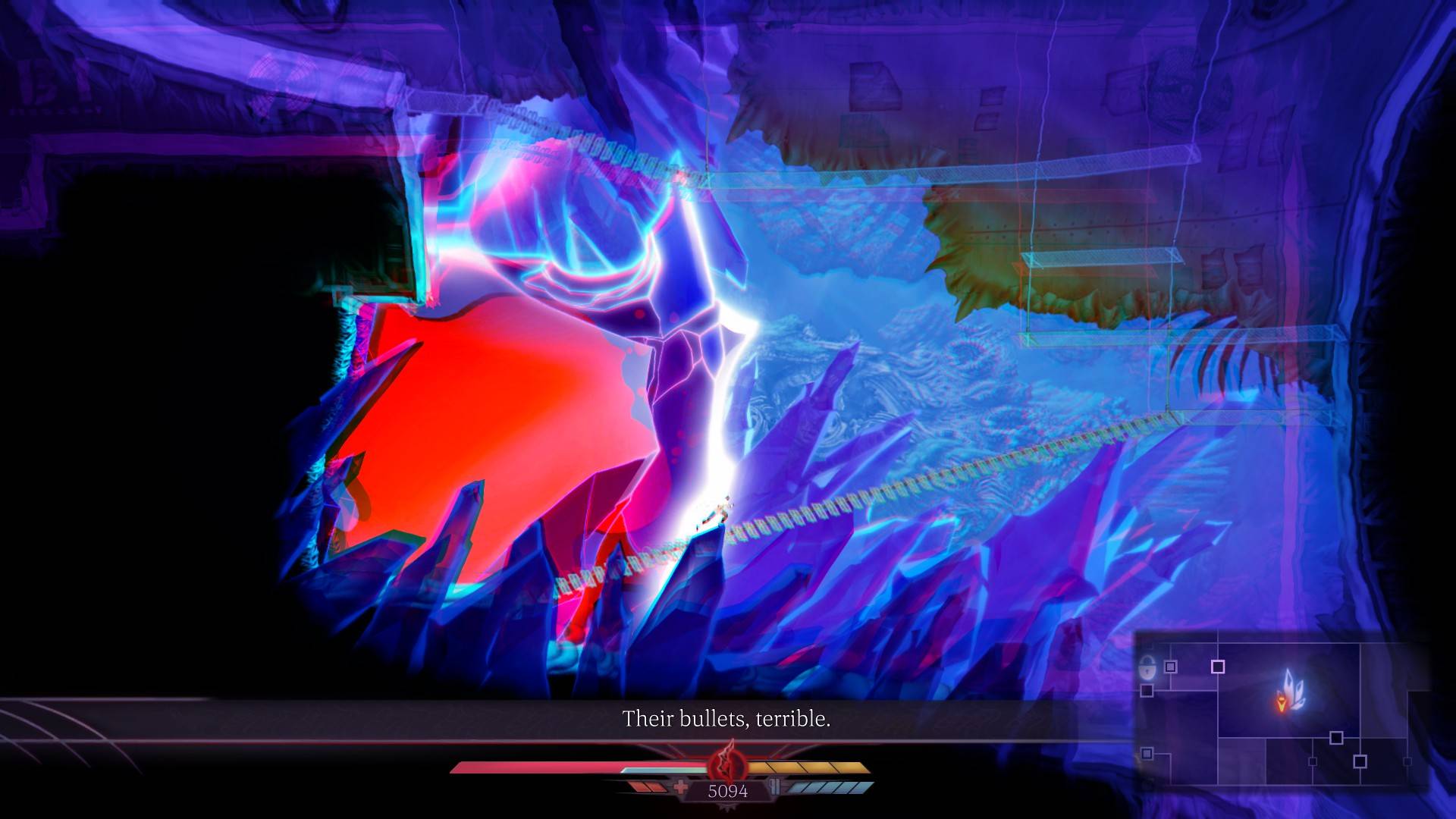 I don't want to spoil too much of the plot, but there's a BioShock "rescue / harvest" kind of situation going on, and there are special skills that go along with each path. Your decision also effects the final boss you encounter. There's some replay value available there, but the path you choose is decided early and basically permanent. If you choose to see all the endings, you're going to be playing 90% of the same game to see 10% that is new on each playthrough.