The "Six Degrees of Freedom" (6doF) subgenre of 3D space sims has existed for longer than 3D accelerators. Sublevel Zero is a modern take on this historic class of games, and it couples space exploration and combat with roguelike elements. Do roguelike elements gel with confined space combat? Let's find out in my Sublevel Zero review.

In the interest of full disclosure, I received a review copy of Sublevel Zero from their PR group a few days prior to the game's release on Steam.

The game that immediately comes to mind when thinking "6doF" is Descent. Descent was a ridiculously early 3D game that pitted a small, highly maneuverable spacecraft against swarms of enemies in tight, underground corridors. Descent spawned several sequels, and a couple of highly regarded "open space" spinoffs in the Freespace series. 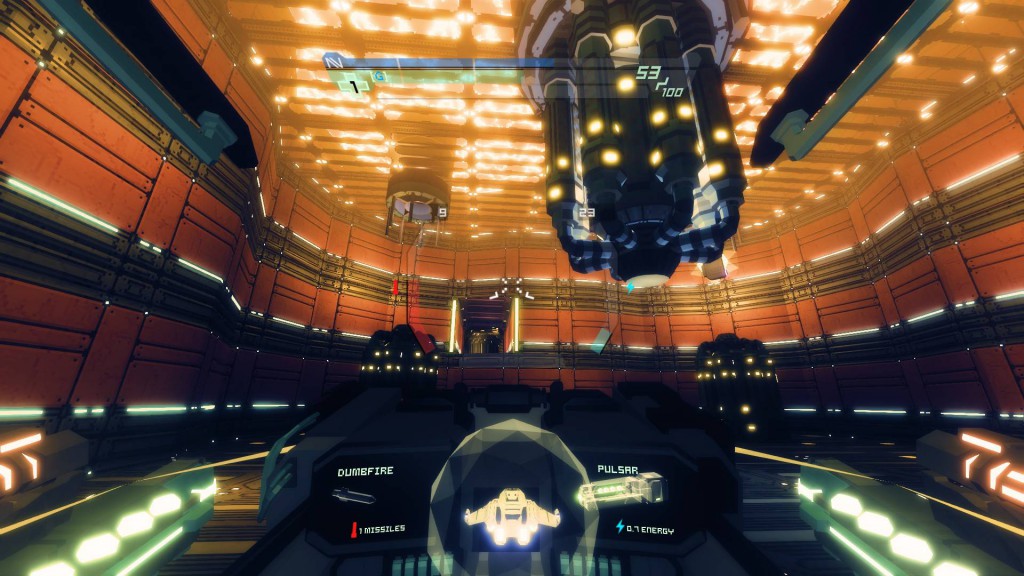 The space sim genre has has quite the revival of late, with many new titles having been announced and launched in the past few years. However, true "6doF" in cramped environments a la the classic Descent have been far rarer. Sublevel Zero is far closer to the classic Descent games than anything I've played in recent history.

The plot in Sublevel Zero is mostly laid out in the opening cutscene. Bad things are happening in the universe, and humanity's survival is at risk. Armed with one of the few working spaceships left, you've been sent to explore a derelict station in search of some clue as to how to stop the slow twilight of humanity. There are a few collectible datapads that can be found to shed some (albeit minor) light on the fate of the station.

Each of Sublevel Zero's 6 (sub?) levels is packed with killer sentry robots of various flavors. Some shoot laser beams, others attempt to ram you, some fire rockets or lay mines. While their methods may differ, they're all agreed on the fact that you need to bite it.

Obviously, you've got some lasers and rockets of your own that disagree with them. Along the way, you can find various upgrades to your craft, including new weapons, hulls, and engines. There's also the occasional repair kit, which can heal the inevitable damage to your ship. 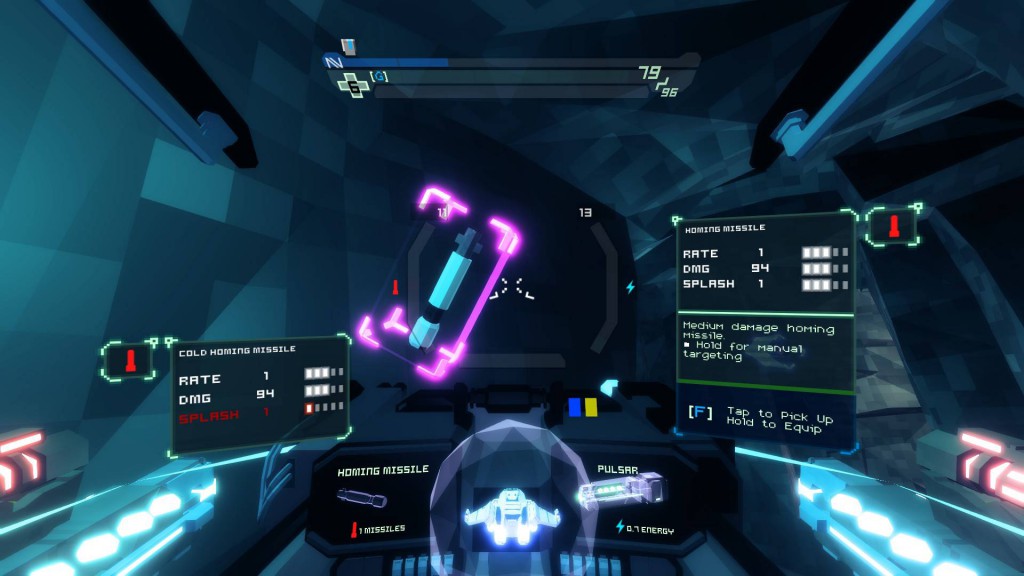 Sublevel Zero can be played with a mouse and keyboard or a controller. I strongly preferred the controller, although I had to rebind the buttons and sticks to get it the way I wanted. If you have an actual joystick, that would probably be ideal. With a good analog stick, Sublevel Zero is a very fluid game.

But why settle for just reviving a long-lost genre when you can totally stick roguelike elements in there on top? Sublevel Zero gives you just one life to survive a highly challenging procedurally generated station. The items, rooms, and enemies you encounter are randomly generated and change depending on the playthrough.

One of the problems I have with Sublevel Zero is its procedurally generated levels. The vast majority of the levels I explored were very linear. They basically boiled down to one room connected directly to another. There was the occasional fork in the path on some levels, but most of the alternative exits of rooms are blocked off or loop back on themselves. Later levels tend to have locked doors with keys that have to be hunted down. Most of the time, though, I'd find the key on my way to finding the door it unlocked. 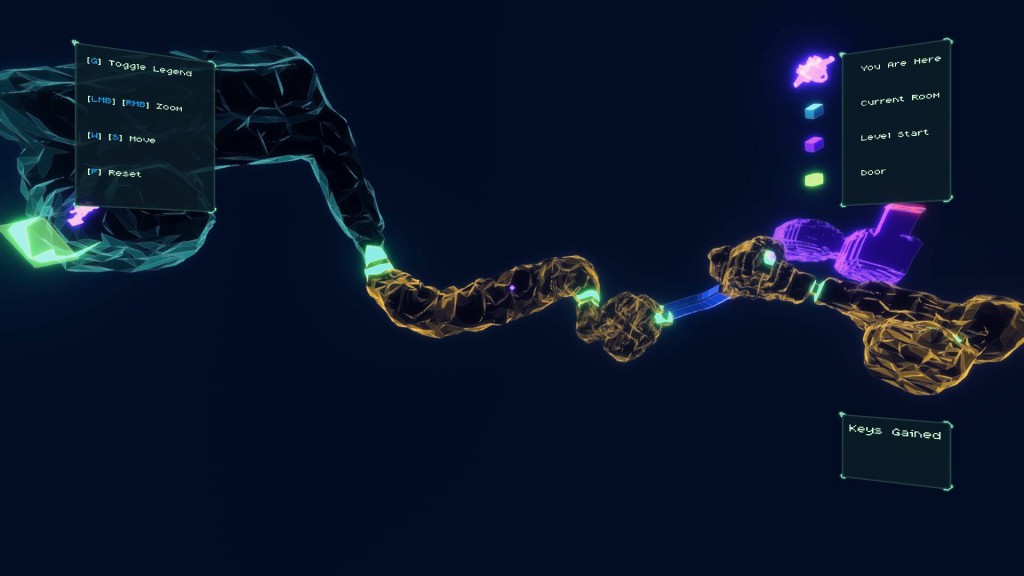 The randomness of the item drops is also somewhat problematic. I feel like I'm frequently at the mercy of the random number generator. Sometimes I won't find a single repair kit in an entire level, and then on the next level I'll find 6 or more.

Sublevel Zero's difficulty may be another issue, depending on how hardcore you're feeling about your space sims. Since there are only 6 levels, the fact that the game is so punishing is a large factor in the game's replay value. Most of the time I found the larger rooms packed with drones, which tended to force me to fight in the smaller hallways where it's harder to dodge fire. The end-level "boss" rooms are also quite challenging, with later levels packing the boss rooms with tons of additional drones and difficult to avoid attacks.

There are a few little bugs here and there in Sublevel Zero that I figure are likely to get patched, but somehow made it into the first release. One is that the ammo and health bars tend to empty out when you exit the menu. Sometimes the game lost my controller bindings or showed incorrect bindings on the help popups as well.