Stories: The Path of Destinies Review: Stop me if You've Heard This One...

Stories: The Path of Destinies is an action RPG with a heavily branching storyline, released last month by Spearhead Games. The notorious sky pirate Reynardo finds himself in possession of an enchanted book that allows him to see what disaster war is about to bring his world. Armed with the ability to see the effects of his choices before he makes them, Reynardo sets off to find a way to save the world.

Reynardo is a bit of an anti-hero, as his "sky pirate" title suggests. He initially doesn't really want anything to do with the looming war or the rebellion, but events transpire that convince him to get involved. The emperor has gone mad and decided to try for immortality by waking the "Old Gods," which is an idea that really shouldn't sound like a good idea to anybody.

Unfortunately, unraveling the emperor's plans in Stories: The Path of Destinies isn't something that Reynardo can just bumble his way through. There's a lot going on, and only by treading carefully can he navigate the veritable minefield of the emperor's plans and the ancient artifacts that the emperor is searching for, not to mention the relationships he has with his former and current friends. 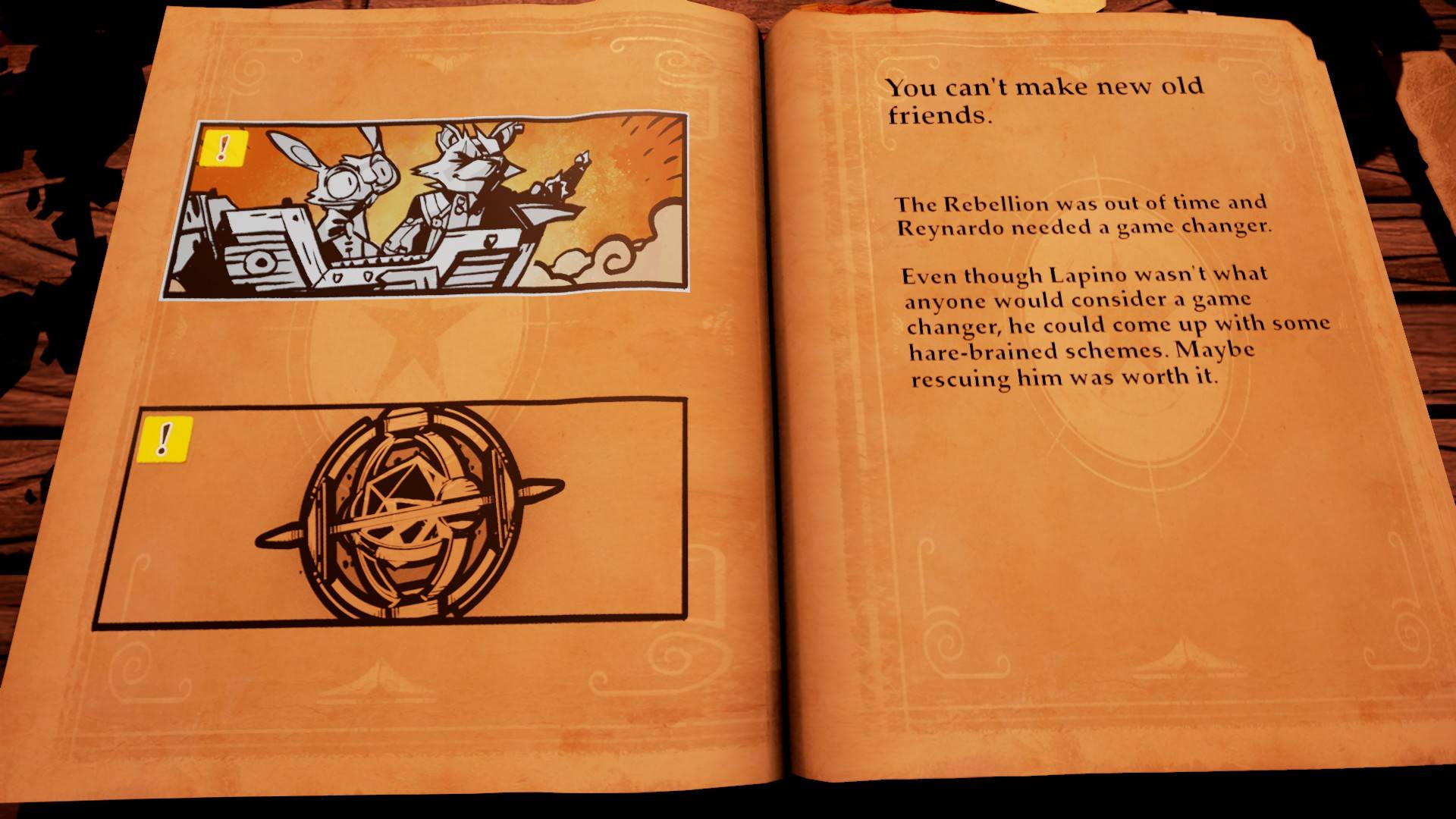 Luckily, a mysterious tome has managed to find its way into Reynardo's inventory. With it, he can see the consequences of his choices. In-game, this means that between levels you're typically given a choice on how to proceed. Then the next level plays out based on your decision. After 5 or so levels, the story is over and you get one of 24 possible endings. The book then flips back to the first page, but Reynardo is now (hopefully) slightly smarter and can more clearly understand the effects of his choices. You then play through another set of levels, making different choices, and hoping that this time you've figured it all out.

The concept of "time rewinds until you get it right" is a fairly common trope - TVTropes calls this the Groundhog Day Loop, after the movie Groundhog Day. It's also been done quite a few times in video games, with the ones that I recall being GrimGrimoire and Radiant Historia. It's one of my favorite time travel plot devices, since it frames the whole "video games allow you to save and load as much as you want" mechanic in a way that is entertaining and engaging. It's certainly not done so much that it's gotten old for me. 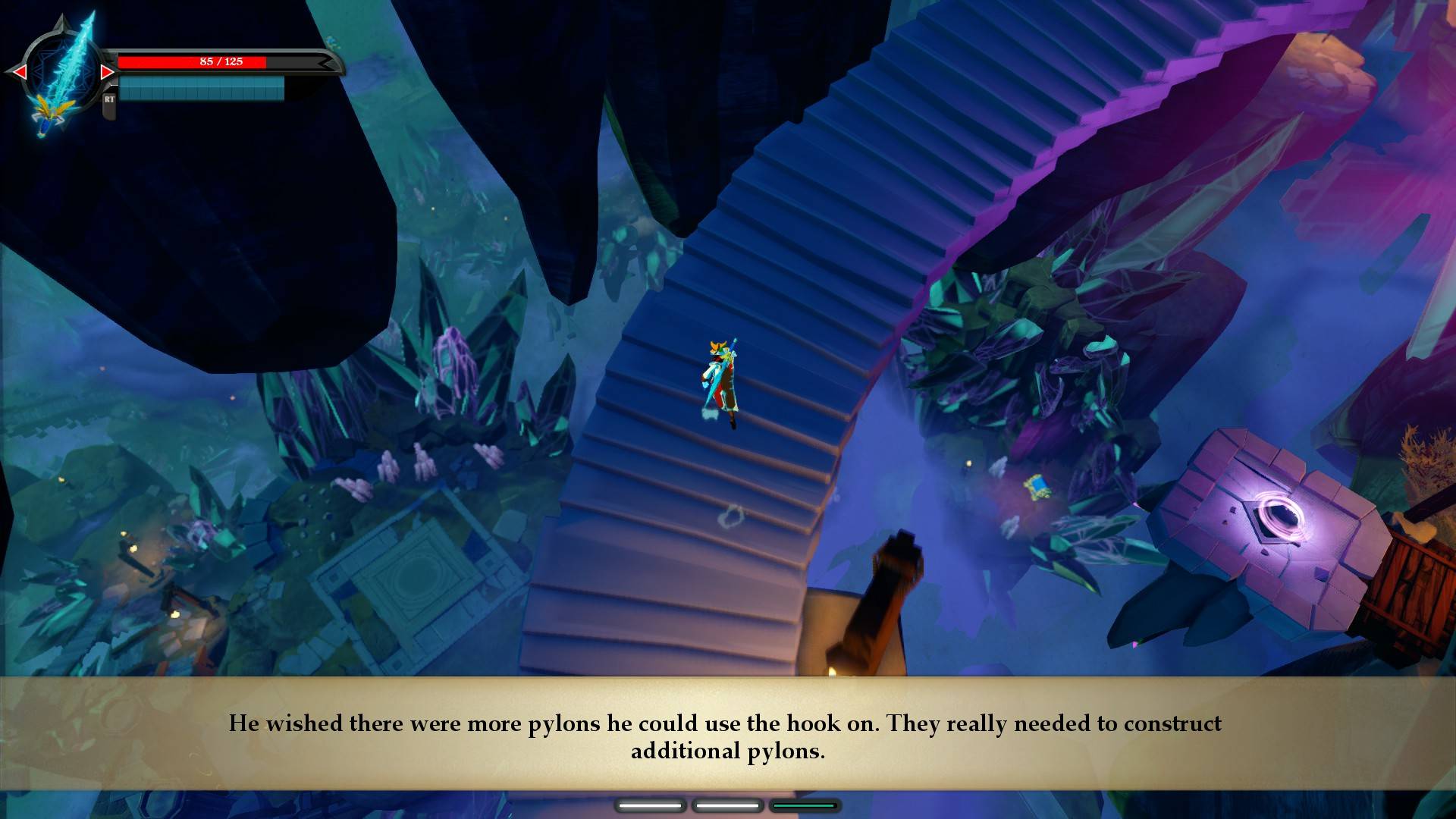 I would be remiss if I didn't mention the game's humor and narrator. Stories: The Path of Destinies is extremely well written, and quite humorous. Even when you replay old areas or do the same thing for the umpteenth time, there's still new dialog to experience. Once again, the dry wit of a British narrator really adds a lot of charm to the story. The narrator provides all the voices for all the characters, and does an excellent job of it.

It also helps that surrounding the story is some quite solid action RPG gameplay. Reynardo fights the raven army with combat similar to the Arkham series - hits, counters, dodges, and special abilities. It's not quite as polished as Arkham's combat system, but it's still quite fun to play. It's fast and fluid, and there are a variety of moves, enemies, and different strategies you can employ. 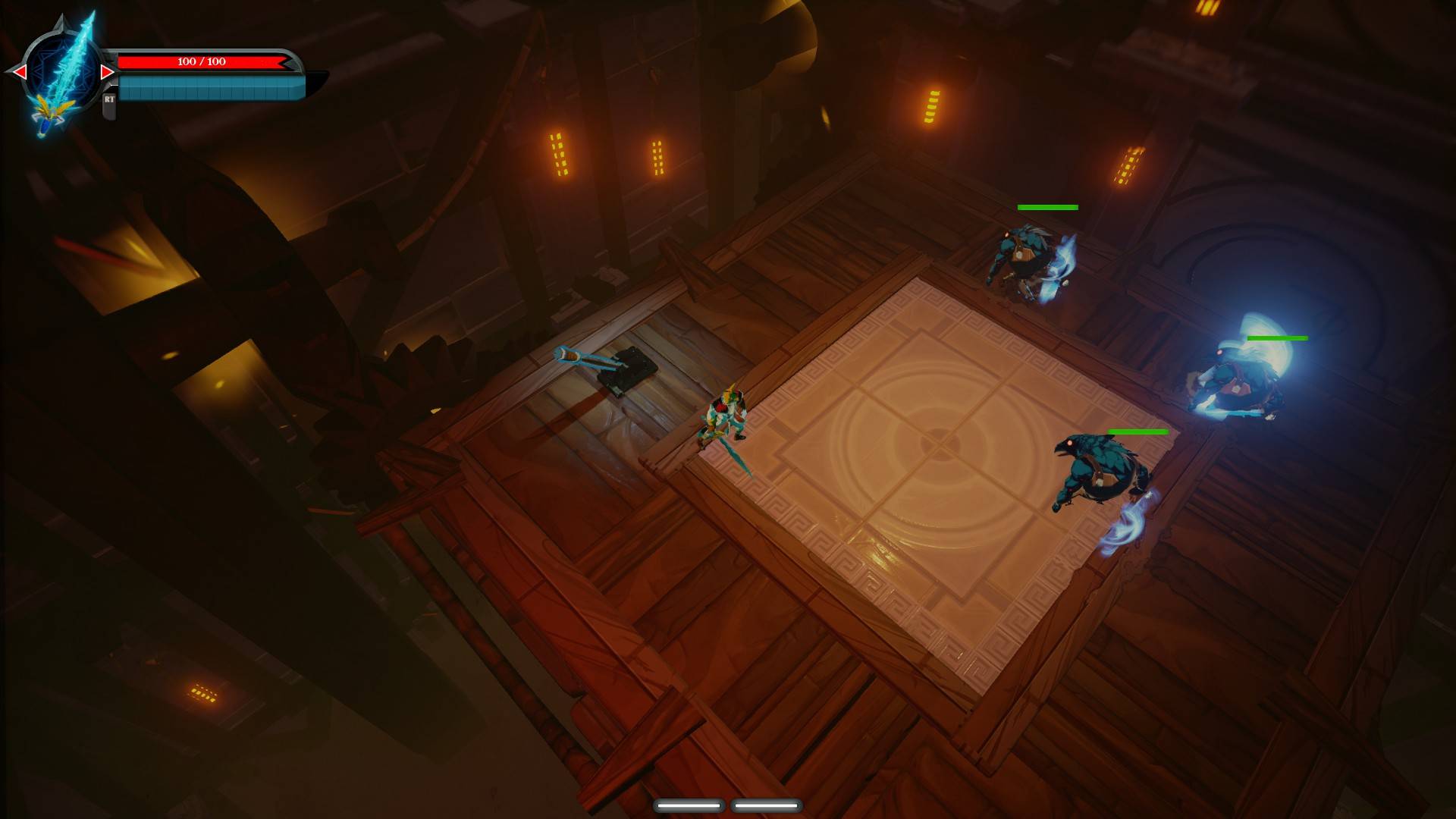 The point of Stories: The Path of Destinies is to replay the game until you get it right. Thus, you can expect to get a lot of playthroughs out of it. This is both a strength and a weakness of the game. Being able to revisit old areas with new knowledge and gear is a plus, and having more to do even after the credits roll is always something I'm happy about in a good game.

However, there's a heck of a lot of repetition. There's no way to jump into the story in the middle, or back up from one decision once you've finished a playthrough. You can expect to play through the same opening missions over and over again. Also, many of the paths through the game take you to the same levels. There is some variation in each level, so it might be slightly different from one playhthrough to the next, but on the whole, it's a lot of going back to the same places over and over.

I also have a few quibbles with the RPG elements of Stories: The Path of Destinies. The progression of the swords and gems feels OK, but skill points feel too hard to get. Where I am now, about halfway through the levels needed to hit the max, it takes upwards of a dozen battles to level up. Granted, I don't max my points in every fight (I sometimes get gasp hit!) but my experience in the Arkham series is serving me well on the whole. I feel like I got most of the character power curve near the beginning of the game, and past the fourth or fifth run through, there's not a lot of "new" to look forward to.