I first encountered Image & Form's SteamWorld series back in October 2014 when I played SteamWorld Dig for the first time. I've kept tabs on Image & Form since then, and when they released SteamWorld Heist, they managed to take one of my favorite genres (turn-based strategy) and make a highly polished and interesting game in the SteamWorld universe. Now, Image & Form has returned to craft a sequel to SteamWorld Dig, the aptly named SteamWorld Dig 2. Utilizing my well-honed journalistic skills of "begging for teh codez" I landed a review copy and spent the weekend digging as deep as I could.

The original SteamWorld Dig was a fun, but somewhat short, mining RPG - something like the cross between Boulder Dash (or some might compare it to Terraria for you youngin's) but with a bit of a Metroidvania spin. Most post-Minecraft mining simulations are free-form sandbox affairs, but SteamWorld Dig was more linear and focused on making progress towards tangible goals. 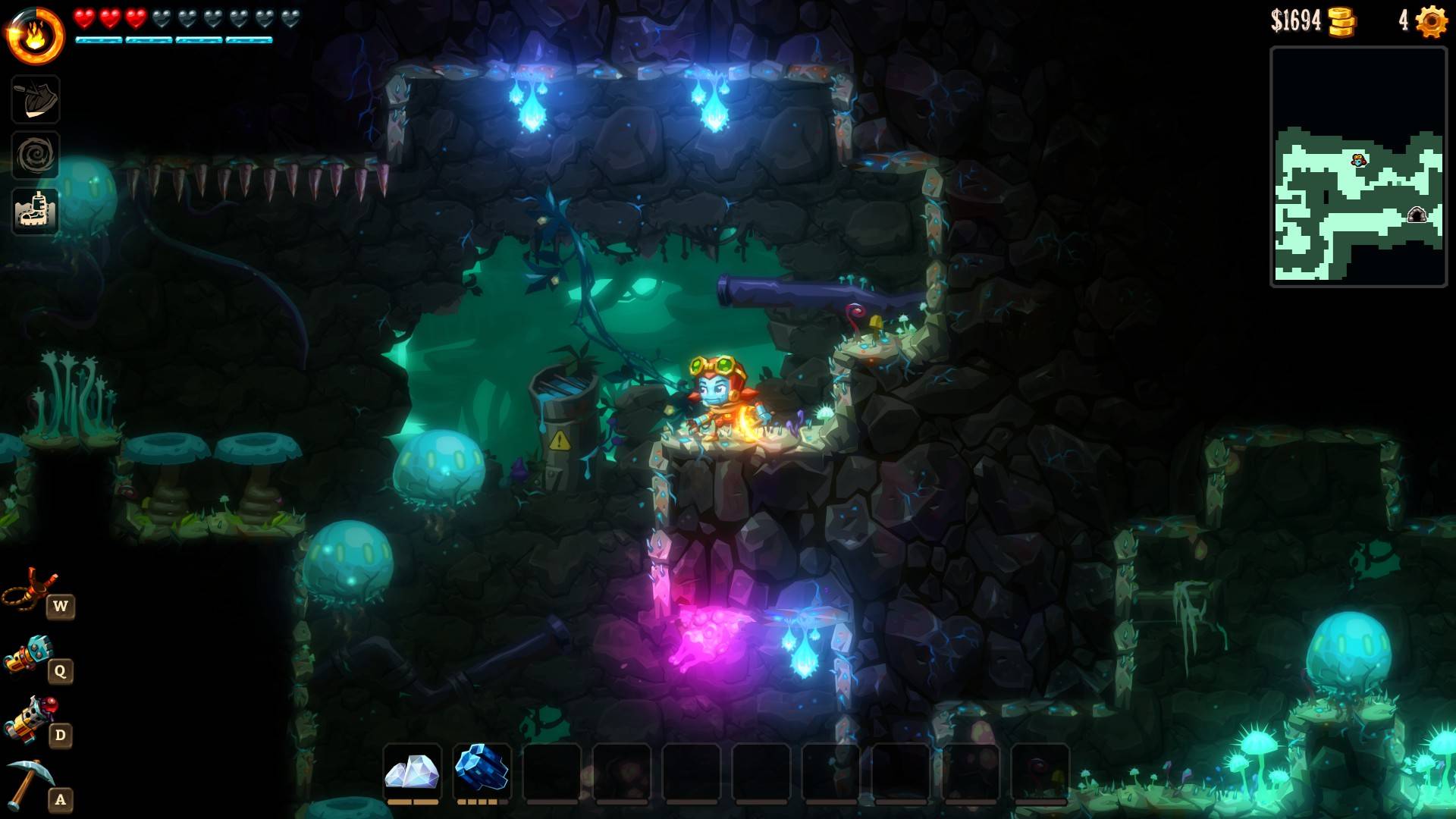 The original Dig focused on Rusty, a mostly silent protagonist who uncovered a vast and sinister secret deep under the sleepy town of Tumbleton. Dig ended on a bit of a cliffhanger, with a visibly changed Rusty wandering alone in the desert. Dig 2 picks up where Dig left off, with one of the shopkeepers from Tumbleton (Dorothy) setting off to find out what happened to Rusty. The plot is still fairly lean, and I could probably summarize the whole thing in less than a paragraph, but it is a step up from the first SteamWorld Dig which was thin to the point of transparency.

SteamWorld Dig 2 adopts a very similar structure to SteamWorld Dig, but with improvements at almost every turn. The mine in Dig has been replaced with a larger, wider world map in Dig 2. My playthrough of Dig 2 clocked in at around 12-15 hours, which is more than double what I spent on the first Dig. A rapid transit system of tubes allows for fast travel between major checkpoints. The map's not just bigger, it's more varied as well. There's way more variety in the enemy types as well as in the environments. Even the town and its inhabitants are much more colorful and animated. 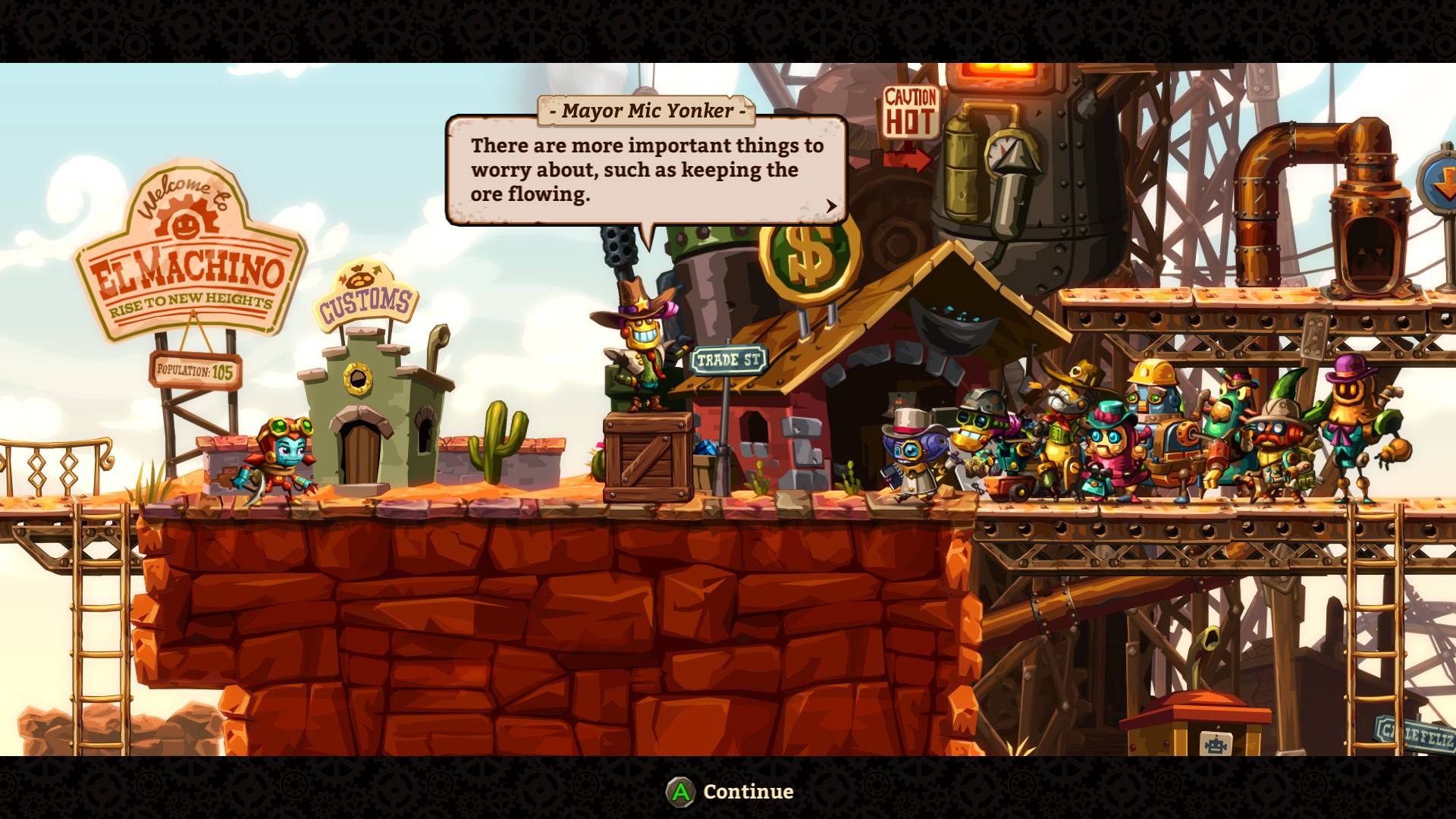 There are also way more upgrades - dozens of options are available to customize your Dorothy. Gone are the consumable utility items like the ladder and teleporter, in favor of more permanent, meaningful choices. Mining gems and minerals yields cash, which pays for upgrades to your basic stats. Collecting artifacts and gears unlocks modifiers for your equipment, which can be respec'ed as often as you like in town. 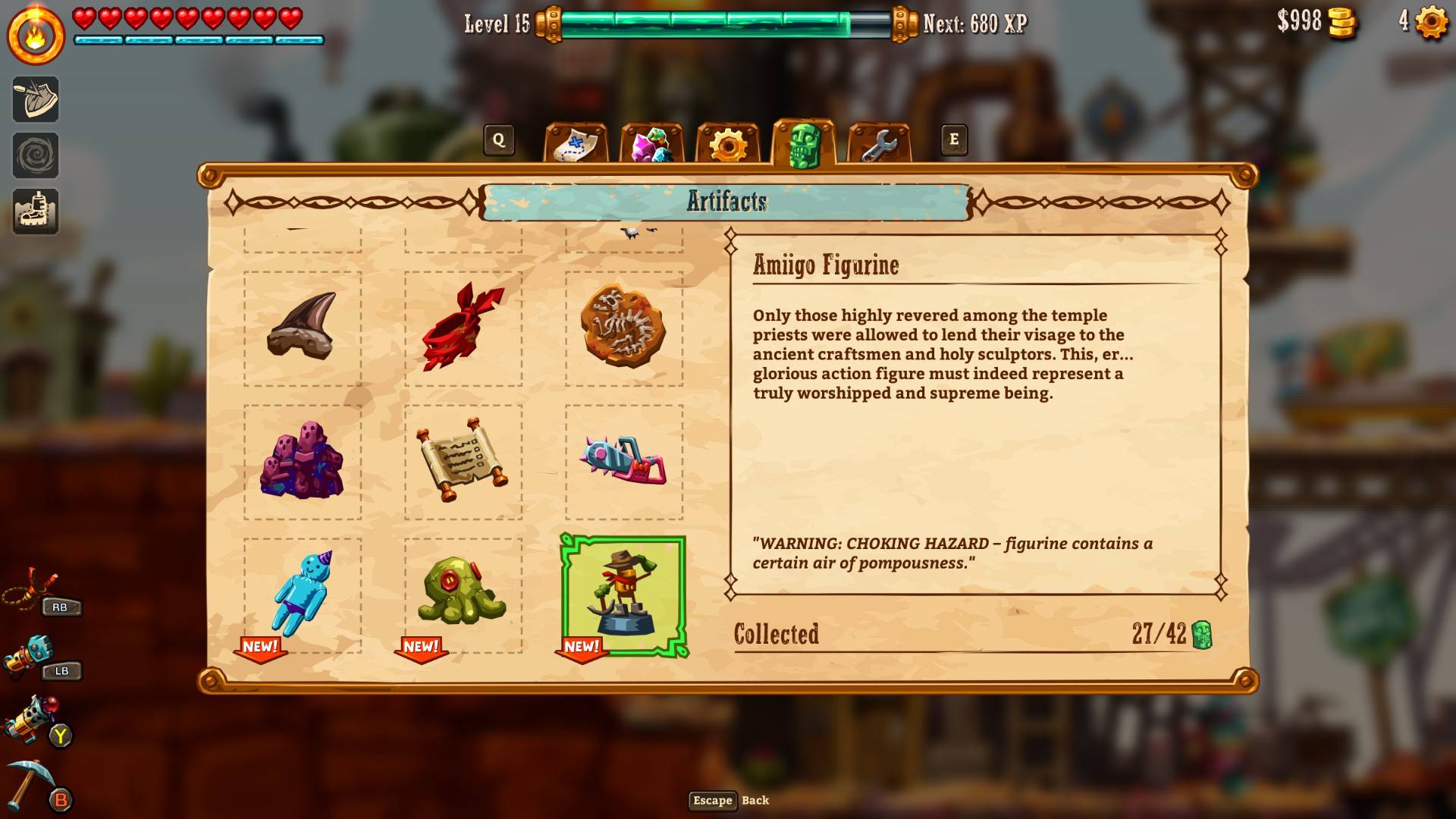 With more flexibility and more upgrades comes more Metroidvania goodness. Even the most mundane of early areas contains secrets that can only be uncovered later in the game after finding the right unlocks. The map screen does a great job of highlighting areas you'll want to revisit to do more in-depth secret searching. Dig 2 does a great job of training you on new mechanics, and it's always clear if you're ready for a particular challenge or not. Speaking of challenges, optional challenge caves are scattered about that test your skills to the limit, requiring both speed and precision in equal measure. These challenge caves are also packed full of secrets that only the most observant of players will detect. 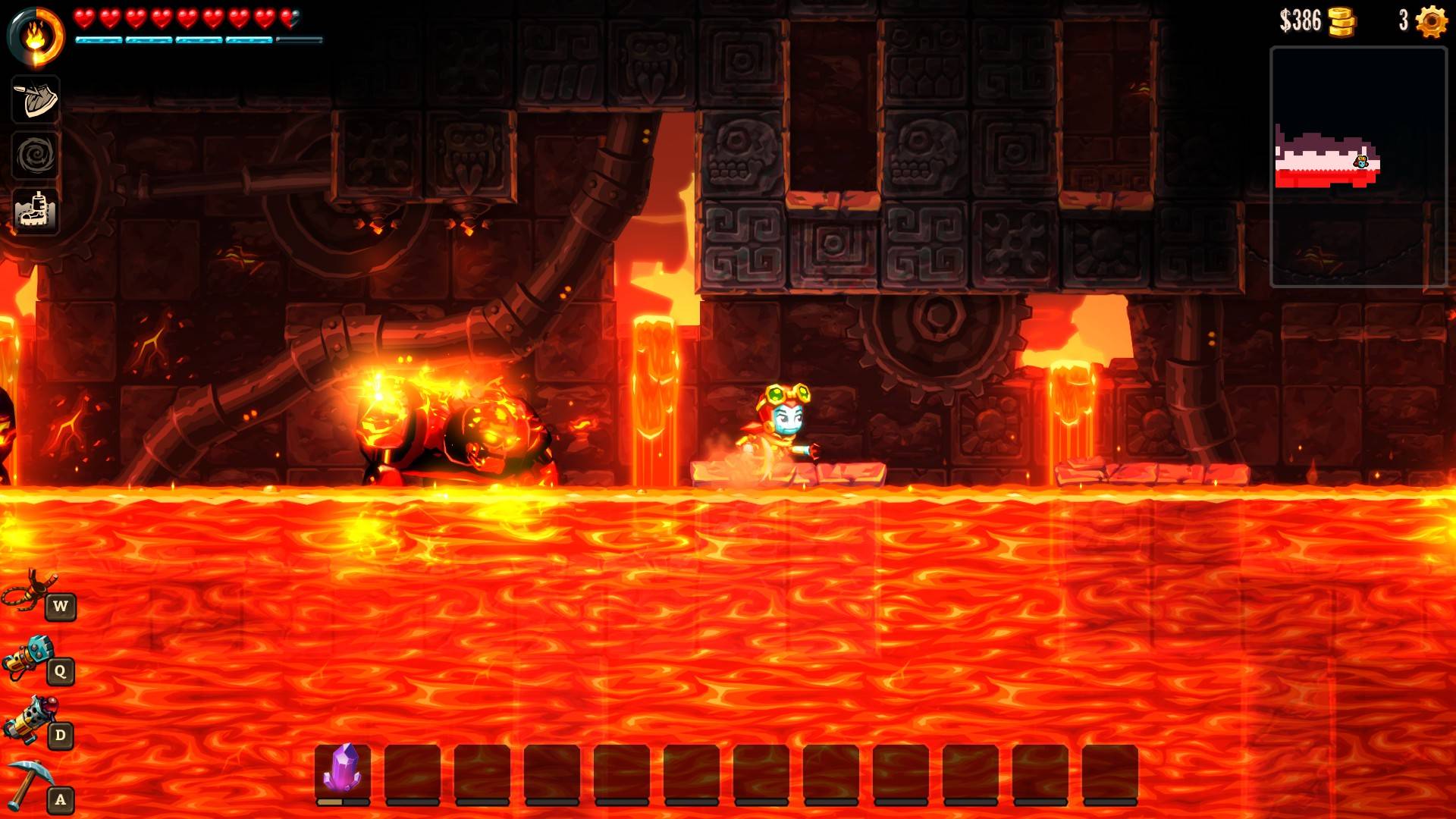 By far, though, my favorite improvement in SteamWorld Dig 2 is the platforming. Dorothy moves smoothly right from the start, but as you slot in more and more upgrades, her motion through the mines feels almost effortless. Whether I was mining treasure to pay for upgrades or putting my robotic abilities to the test in the challenge caves, movement in SteamWorld Dig 2 was always a blast.

I will take a break from my lavish praise of SteamWorld Dig 2 to pick a few nits. There's a small section of non-linearity to Dig 2, but it's still pretty aggressively linear. If you go in expecting the freedom of something like Terraria to forge your own path, you'll be disappointed. I find the setting of the SteamWorld universe quite interesting, but over the course of the 30-40 hours in three games I've played so far, I'm not sure I really have more than a few sentences to describe it. Aside from a few easy-to-miss achievements, there's no reason to replay Dig 2, and there's no New Game Plus mode either. None of these complaints really makes that big of a difference to me, and I knew what kind of game to expect as I'd already played SteamWorld Dig, so I classify them as minor gripes at best.