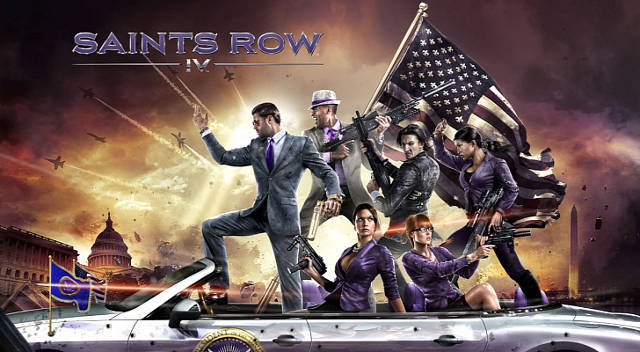 The open world aspects of Saints Row 4 and the speed at which you unlock new stuff to do means that you're always asking yourself "What should I do next?" The rate at which you gain new powers and abilities means that if you pick the wrong activities or bonuses early, you may find yourself working way too hard on a particular challenge that becomes trivial in the late game. In our "Early Game" guide, I'll share the lessons we learned from the early game, and give you some direction on how to get over the initial hump and become the badass Saints Row 4 hero you need to be.

The early game is a series of linear plot missions that you can't skip and are mostly on-rails. Just bear with them and eventually you'll get to the open world part of the game. The decisions you make in this part of the game are completely inconsequential, so don't stress out about any of it.

Once you're in the open world section of the game, continue playing plot missions for a bit until you can:

You can do some exploring prior to this point, but having these things done means that your life is going to be a lot easier in the early game.

While you're navigating the world in service of plot-related objectives, keep your eyes peeled for Data Clusters, which are scattered almost everywhere you look. Collecting these will allow you to upgrade your super powers, which is critical to your ability to get around and survive in fights. 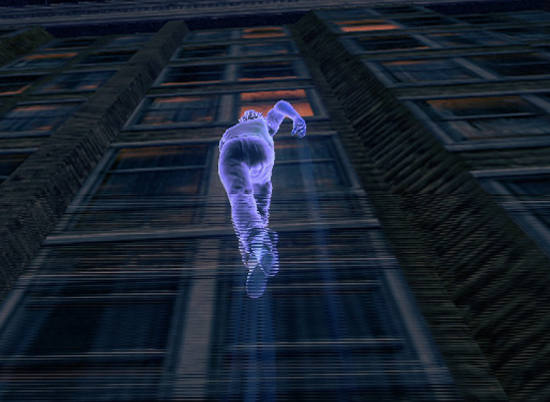 Focus on a couple of key bits to upgrade:

Skip any "sprint duration" upgrades - we'll be getting infinite sprint here in a bit and that makes spending those data clusters a waste.

The "blast" power replaces your grenades from previous Saints Row games. It's fairly critical to have this power up to spec early, as it's your first form of crowd control.

Once you've advanced the main quest to unlock a few basic things, my suggestion would be to go talk to the Vice President outside the simulation and start his side quest line. He's got some really awesome boosts for you, namely:

He doesn't have any particularly challenging quests, so get on this early and you'll be a happy camper.

Completing some of the first ranks of the minigames also unlocks things like a UFO and a tank in your vehicle inventory. These can make some of the combat missions somewhat easier, since you can use these as bonus health and/or firepower.

Cache is the game's currency, and you're going to need it for a lot of things. The best way to make cache fast is by having a lot of territory under Saints control. Every 15 minutes you play, you can pick the "cache" option on your phone and get a cache boost from all the things you've done in-game.

From the outset, you're going to be relatively weak, though, and it takes cache to get stronger. So, you're kind of stuck in a catch-22 where you could take over territory if you were stronger, but you can't get stronger without having taken over territory. There are a couple of easy things you can do to make tons of cache, though.

The first easy cache maker in Saints Row 4 is "Store Hacking." Store hacking is a puzzle game where you have to connect a start and exit point by placing segments on a game board. It's not too challenging in the early levels, but the more you clear, the trickier they get. Just run around to all the stores you can find - they're marked in green on your map.

The other easy cache maker in Saints Row 4 is "Virus Collection," which is really just delivering vehicles to the chop shop from the previous Saints Row games. These are generally pretty easy to complete. Most of the time, the vehicle is surrounded by bad guys, but you can just hop in and take off, leaving them in your dust.

In addition to easy, fast cache in Saints Row 4, these missions also unlock unique cars in your garage. Most of the time cars have very little use, but still, it's not a bad thing to have some of the police and military vehicles available should you need them.

Fraud makes another Saints Row appearance here, and it's more fun than ever! The overall goal is to make a bunch of money by slamming into objects while ragdolling. The easy way to max out your score is:

Your score depends on:

If you max these out by following the highway, using your Adrenaline + the Super Jump momentum, and hitting as many unique cars as you can, you can easily make hundreds of thousands of dollars per combo.

Beating one of these adds it to your Cache-per-hour, but you can also replay the mission over and over for easy Cache and XP.

Once you've got a steady stream of cache flowing in, you're going to want to spend it. There are two major cache sinks in the game: weapons and upgrades.

My suggestion on weapons would be to find a few you really like and focus your spending on them early. I'd suggest picking at least one alien weapon that has infinite ammo and one standard weapon that has good damage and decent fire rate.

There are three ways to get new weapons:

The moral of this story is - if you see a new weapon on the ground, pick it up! 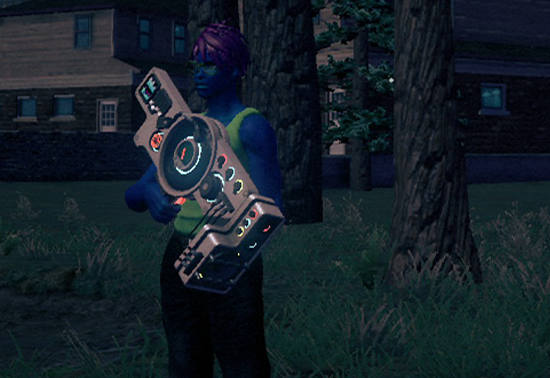 My early-game weapon picks are:

If you've got the 'MERICA from preordering and you can throw some upgrades at it, especially extra ammo, then you may wish to use that instead.

As you level up, more and more upgrades will unlock. There are quite a few of these that are downright essential. Here are my picks:

EBongo and I tend to co-op Saints Row games together, and Saints Row 4 is no exception. Sometimes, though, we find ourselves playing alone. Figuring out what to prioritize in co-op and what to tackle solo is always a tricky proposition. My suggestions are:

When playing side quests together, make sure that both of you are checking your quest menu and selecting the same sidequests. The game doesn't seem to keep the progress sync'ed between the two of you very well. If you select the side quest chain, you should get credit if your partner has been working on it, even if you didn't have it selected previously.

You can view your challenges at any time by going into the menu, then going to Quests, and pick Challenges. Completing Challenges unlocks bonuses, and some of these aren't that tricky from the outset.

Once you've followed the rest of this guide, you should be powerful enough to hold your own at reasonably high notoriety. If you cause a bit of a ruckus, the police will show up, and once you've gotten a bit past that, aliens will spawn.

If you'll notice, all three of these can be combo'ed together to great effect - run up to a group of aliens, taunt them, then use freeze blast, and then tentacle bat them to pieces.

When Wardens are low on life, you'll have to pass a quick-time button mashing event. The button mashing tends to get harder the longer you take, so I suggest giving up on the quick-time if you can't kill it in the first couple of buttons. It will just heal a small amount of life and you can try again. 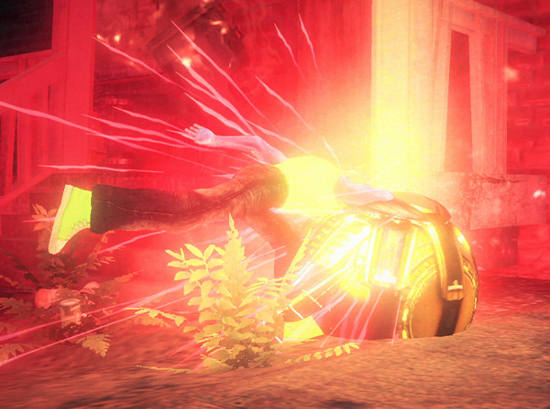 Remember that if Wardens are a bit too tough for you, you can go grab the Golden CID when your notoriety is near maxed in order to avoid a fight with them.