Redactem Review: There Will Be Blood

Recently I got a chance to check out Redactem - an indie puzzle platformer with rockets, gravity bending, and time rewinds. It was an interesting experience that I may have nightmares about, but I'm undecided as to whether that is a good or bad thing. 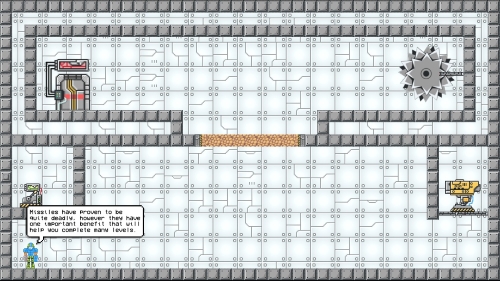 To be sure, Redactem is a straight up "capital I" Indie. Its clear that the game has had tons of puzzle fine-tuning and there are a lot of mechanics crammed into a small package, but the overall look and feel is decidedly "indie" in nature. Unless you are crazy about window-dressing, you won't notice for long, because as you get into Redactem's puzzles you'll need all of your attention and twitch skills to survive the death plummets, rocket launchers, and buzz saws. As one more platformer tossed in the ring, Redactem stacks up pretty well for running, jumping, and parkour. A lot of the puzzles come down to timing and mastery of the basic movement scheme, and Redactem's controls and feel manage to be accessible and enjoyable even considering the pretty high difficulty curve. 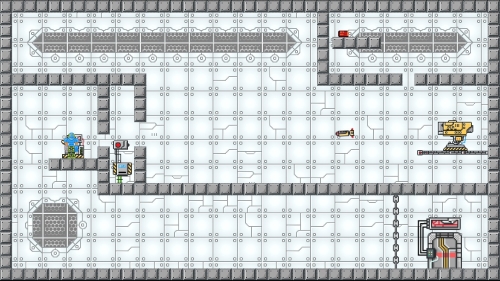 There is No Spoon

Redactem's puzzles are creative and sometimes delightful when you figure out the trick to downgrade an "impossible" level to something more on the "extremely hard" spectrum. There is a distinct Super Meatboy feel that keeps you trying and trying again, but layered mechanics of gravity shifts, wall jumps, and time rewinds add enough possibilities to make levels feel fairly unique from one to the next. Rocket launchers are a particularly interesting example as they are used as both obstacle and puzzle solving tool in various levels. A successful gravity-dance with a rocket feels... very satisfying. I applaud developer Elliot Marc Jones for the interesting puzzles he's been able to produce with these few mechanics. 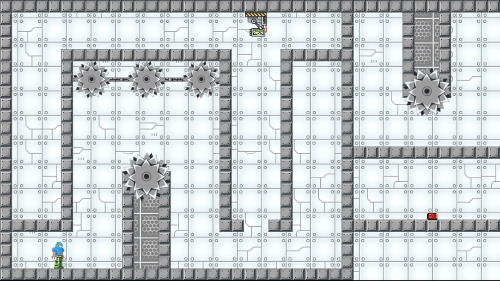 About the buzz saws though... There are a lot of them, and at times you will be immersed in the Super Meatboy or King of Thieves infinite "splat" loop. Redactem makes no apologies for its sometimes brutal difficulty, like many a platformer before it - and that's fine with me. "Splat" detection near a buzz saw is fairly aggressive though, and this makes some of the precision jumping rather tedious when you are already several obstacles into a level. For a budget platformer with plenty of mechanics and good puzzle design I consider this a forgivable aspect of Redactem - but it will make you cuss at times.