It's no secret that we here at Without the Sarcasm love us some Rebel Galaxy. We did name it our favorite game of PAX South, remember? Recently, the fine folks at Double Damage Games released a press/streamer only alpha build. I asked nicely and got access, and spent the last week taking it for a spin around the sector. Now that it's over, let's look back at the slice of Rebel Galaxy I got to play, and come up with some sort of Rebel Galaxy preview. 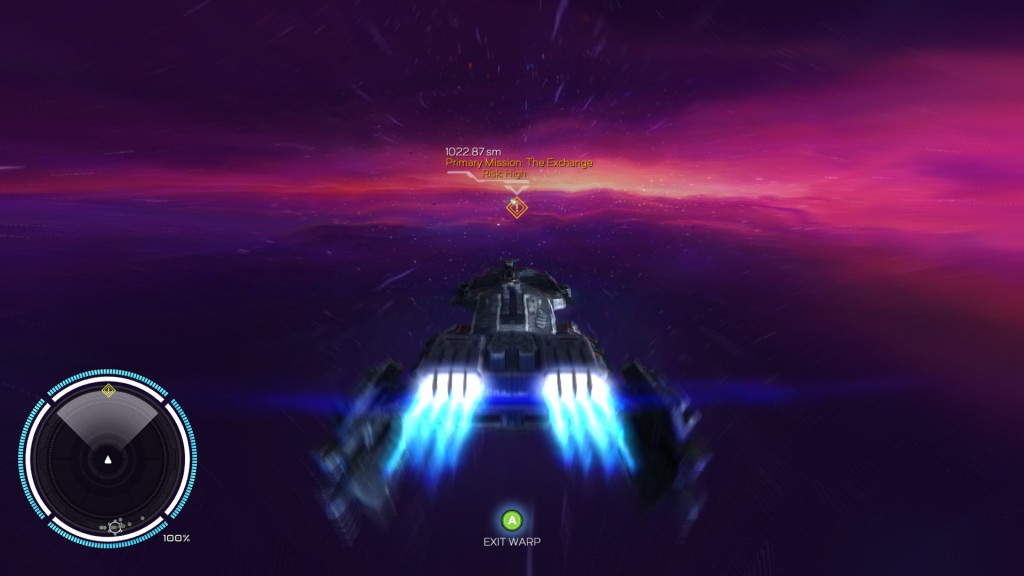 Streaming Video We did a stream of the Rebel Galaxy preview, you can check out the archived version on YouTube!

Rebel Galaxy is a space trading and combat sim, which is a genre I have a long history with. Some of my earliest gaming memories are of Ambrosia Software's Escape Velocity, which is as close as I could come to the classic Elite on an 80's era Macintosh. In the years since, I've played many excellent examples of this genre, including the recently reviewed VoidExpanse.

These type of games tend to follow a simple yet addictive gameplay loop. You mine or trade for resources, sell those resources at a profit, and then sink that profit into bigger and better ships. In addition to the trading, typically there's a space combat element as well. You can engage in piracy, or become a bounty hunter. Usually there's some galaxy-threatening event to take part in as well.

Rebel Galaxy has 3D graphics, but for the most part it is played on a 2D plane. You can move left and right, but can't pitch up or down or roll left or right. This keeps navigation simple, but the game still retains all the modern graphical trappings of a 3D game.

In practice, this means that combat is more along the lines of naval combat in Assassin's Creed 4 or Sid Meier's Pirates! - you've got powerful broadside weapons (space cannons?) that have to charge and be fired sideways. There are also secondary weapons like turrets and missiles that are more effective against smaller, faster moving craft.

If I had to use just one word to describe Rebel Galaxy, it would be "polished." This game just exudes polish from every pore. Take the trade interface - at each station, on the trade screen you can see the average price in the system for every good, in addition to a price chart showing historical price trends. This makes being a trader so much easier.

This level of polish extends to the combat. There can be a lot going on during an engagement, but Rebel Galaxy keeps things easy to digest without being too simplistic. Fighters and other small craft swarm around, but turrets will auto-target and fire on them. You can choose to take manual control, however, and pick your targets and fire faster than the AI will. When you do, automatic aim assist keeps you on target without the hassle of having to lead your shots. 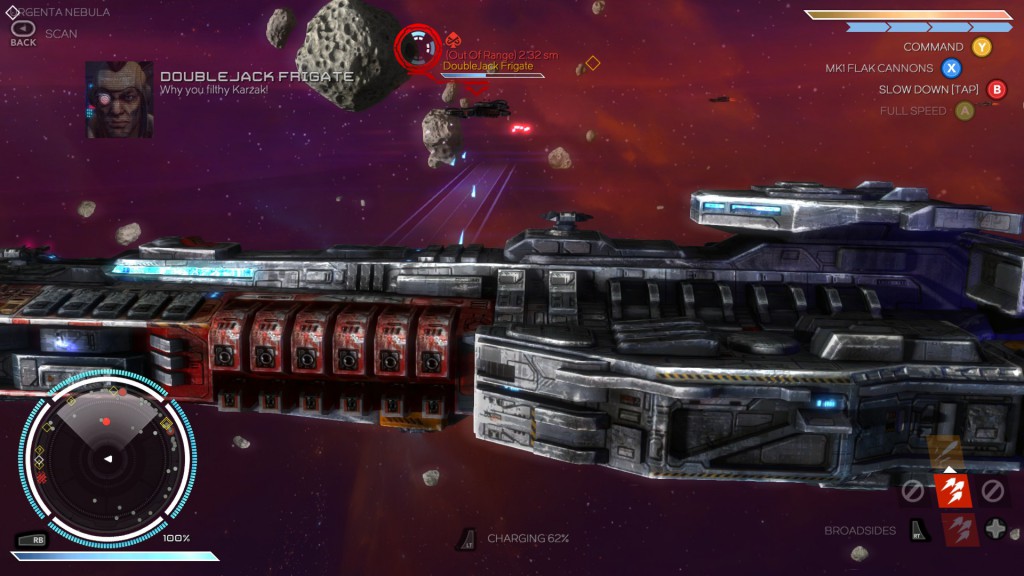 Firing broadsides requires slightly more strategy - the weapons need to charge for a few seconds, or the shots scatter and don't hit much of anything. However, at close range, it can actually be beneficial to rapid fire, since even the errant wide shots will still probably hit.

Offense is only half the battle, though. Capital ships in Rebel Galaxy have several different layers of defense. First up is the shields, which absorb the bulk of hits but can recharge over time. Short duration deflectors give you a chance to block incoming fire, but must be activated manually and deplete quickly. When all that tech fails, you've still got old fashioned armor plating to keep you safe. If that fails, your hull is likely to go quickly afterwards, killing you with a climactic "boom." 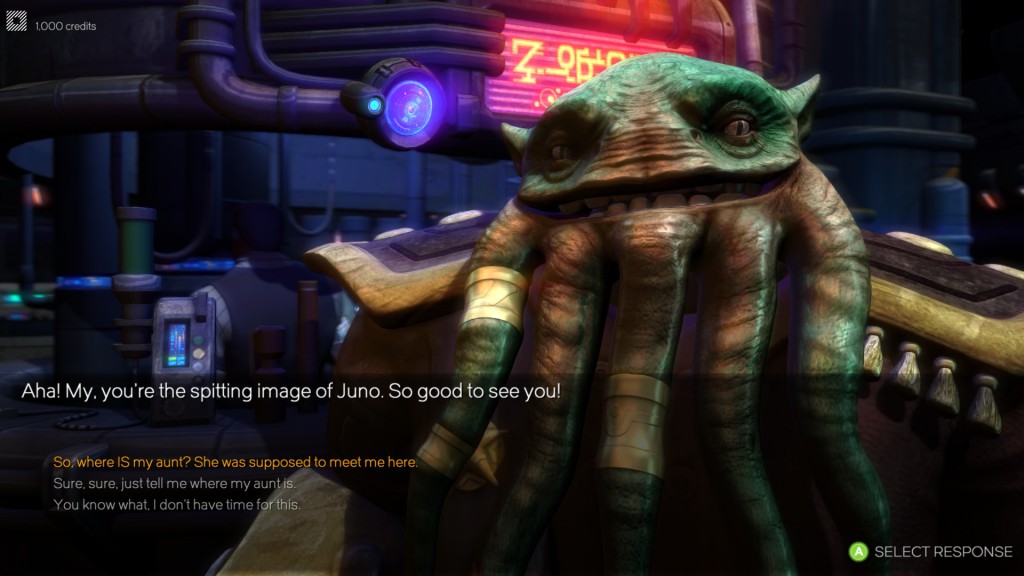 The visuals are definitely impressive in Rebel Galaxy, and for the most part I liked them. The ships are detailed without being overly complicated. The various backgrounds, special effects, and objects in space are all strikingly beautiful. One aspect I didn't much care for were the character models in the spaceports - the humans especially fell a little into the uncanny valley for me.

I'd be remiss if I didn't mention the soundtrack - it's very blues heavy, with a sort of country-rock atmosphere. It brings the "rebel" into Rebel Galaxy and makes it feel a bit deep South. I can honestly say I've never blown up space ships to twangy guitar riffs before, but now I know what I've been missing.

The Rebel Galaxy preview cemented my desire to play more Rebel Galaxy. My only disappointment was that the preview had to end. The preview gave me enough of a peek at the game to see the curve of it, stretching off into the distance. I see the potential here for something great, even though what they've got already here is enough to sell me on it.