A long time ago, when the world was young, we told you about an excellent little game called Puzzle Craft from AT Games. It stood out from it's peers with a simple style and puzzling that seemed as effortless as it was fun. It turns out this was no accident, as the developers shared in this article from Gamesutra. Fortunately for us, there is now a sequel! 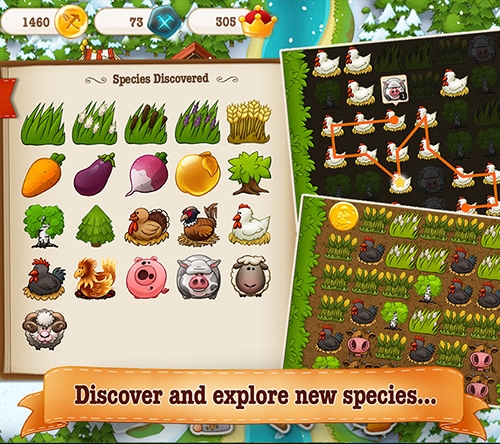 More of Everything Good

Puzzle Craft 2 pretty much keeps all of the excellent components of the original in tact. The "draw a line" style matching scheme is identical, and the farming and mining puzzles return from the original game. Workers and tools also make a return appearance, but there are many new examples of both as well. If that wasn't enough, Puzzle Craft 2 also includes a multitude of additional mechanics for progression junkies like me. There are a massive array of selectable plant and animal species which can be unlocked and then combined in interesting ways to provide synergies. A trophy system, an "over world" with upgradable buildings, and plenty of decoration options round out what amounts to a massive update to the first title, and enough tasty content to satisfy your puzzling appetite for a long, long time. 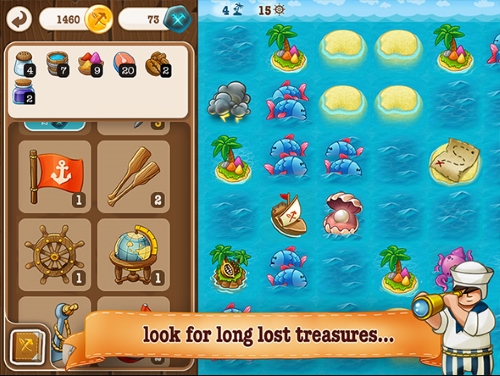 In a Different World

When I first loaded up Puzzle Craft 2, I have to admit I was a little apprehensive that one of my previous stand out favorites in the genre might have been ruined by F2P mechanics. I was actually very pleasantly surprised. The developers have done a great job striking a balance that makes the IAPs non-mandatory, but gives you some incentive to opt-in (either for purchases or ads) to get tangible benefits. I believe they've accomplished the very difficult task they mentioned in the Gamesutra article - add F2P mechanics without destroying the fun. Even still, it is a pity that time had to spent on this aspect of the game. Puzzle Craft 2 just like its predecessor feels like it deserves more to me. It "out puzzles" Candy Crush Saga, and its kept me entertained much longer than other great "pay for" games like Monument Valley. I dearly hope the game is a commercial success, but I continue to wish that App Store customers would realize that games this good are worth an up front price.