Continuing our Top 10, here are five more Puzzle and Dragons Tricks to take your monster related puzzling to the next level.

Active abilities that reduce enemy damage for a number of turns like Defensive Stance and Iron Wall Stance can really help survive tough rounds where you get pummeled by fast striking enemies. These abilities only last for a few turns, so it is best to wait till you are one turn away from taking a killing blow before using them. Guard Stance abilities can also help, if your health pool is large. Once you've used your defensive abilities, try to focus on breaking up grouped attackers, and remember to let your abilities recharge before moving to the next wave.

Various active abilities allow you to deliver some damage at will to a single target (or sometimes multiple targets). Gungir is a great example, but various other examples also exist. Get to know how much damage these abilities do, and use them to surgically eliminate problem monsters. Focus on monsters who have synchronize timers first, since the one-two punch of these enemies can sometimes spell the end of you.

Evolution at first seems like a thing you should always do, but especially in the earlier levels it isn't always the right move. A max level monster, Gods in particular, can be a pretty sweet member of almost everyone one of your teams. Evolve that God, and the cost may go up so much that you now have to pick and choose which teams to include it on. Goemon (shown in the picture) for example goes up 20 points in cost when evolved. Do some research on the evolved form of your monster, and make sure you are ready for the added cost before you pull the trigger. 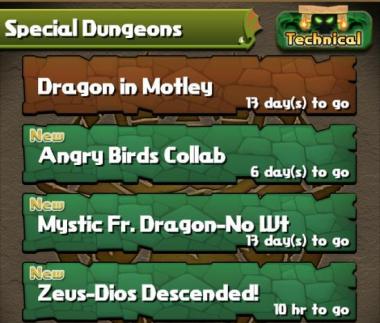 Higher end dungeons take a bunch of energy to attempt, and sometimes you will fail them due to bad luck or poor preparation. This is a real bummer as you'll then have to wait a while to recharge enough energy to play any dungeon. One tactic I use to deal with this is starting up higher end dungeons before bed, or any time that I won't be around for a while. When you return to the app, you'll be allowed to finish the dungeon (even if it has expired) and whether you lose or win you'll have full energy to attempt another dungeon immediately after. 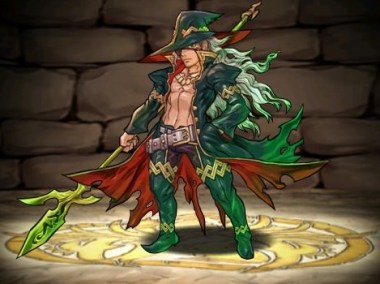 One of the big challenges of PAD is knowing what monsters to keep and what to feed to your other monsters. You'll figure out early that some of the blobs and goblins are chum for the bigger badder monsters, but others are harder to tell. Since everyone's circumstances and exact monsters are different, I recommend keeping in mind some basic advice: