How do I get the Treasure Yeti?

The Treasure Yeti is a random event that occurs on a level that you've previously cleared. It typically happens around once a day. When the Treasure Yeti spawns, he will take up residence in one of your levels. If you have notifications turned on, you'll get a notification about him. 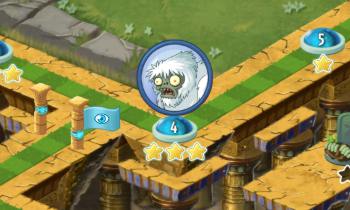 Just tap the level and you should see him lining up alongside the other zombies you'd normally fight. 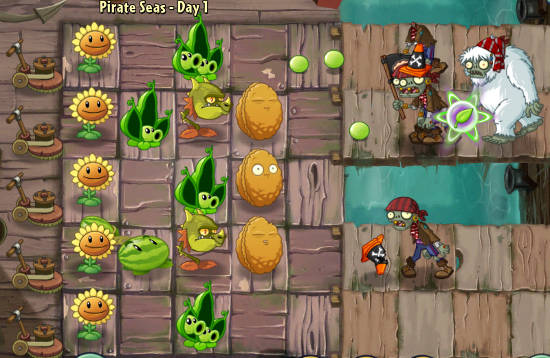 How do I beat the Treasure Yeti?

Okay, so now you know how to spot the Yeti and you can get into a level with him. Now you've got to actually kill the Treasure Yeti.

Unlike normal Zombies, the Treasure Yeti won't charge your defenses and attempt to eat your brains. He does a sort of "moonwalk" where he starts to head left, then after a few steps he may stop and start to back up instead. I haven't confirmed this, but I believe that the less damage you're doing, the faster he leaves. So, if you're completely ignoring him, he's likely to just make a short appearance and then get lost quickly.

Since he spends so much time on the right side of the screen, short-range attack plants like the Bonk Choy and the Snapdragon are kind of poor choices against him, unless you plant them far to the right in response to his appearance. My suggestion would be to plant Bloomerangs as they have a long reach and can hit through other zombies.

What prizes do I get for beating the Treasure Yeti?

Beat the Treasure Yeti and he will always drop his Lunch Box. Tap it quickly to pick it up! You've still got to finish the level in order to get a chance to open it. 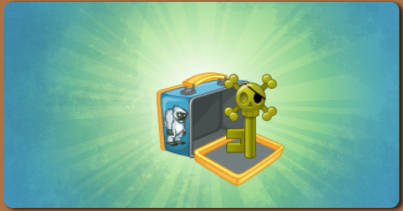 After the level is over, you will be able to open the Treasure Yeti's Lunch Box. Inside you'll find either:

I haven't seen any other prizes, but it's certainly possible that something else rare could drop.

Obviously, the keys are why you really want to fight the Treasure Yeti. 1,000 coins is nice, but it's hardly worth the trouble. If you don't play much, fighting the Treasure Yeti is almost certainly the fastest way for you to earn keys. If you play a lot, though, you might be better off fighting zombies instead.

Related Guide If you want to know some other key hunting tips, visit our keys guide..