Roguelikes have been making something of a comeback recently, with many indie games incorporating procedurally generated adventures and permadeath into their RPG formulas. One Way Heroics takes a somewhat unique approach to this genre, and I'm hopelessly addicted.

This Way to Addiction

I grabbed last week's Humble Japanese Weekly on a whim, primarily on the name recognition of Ys Origins. I installed some of the other games to check them out. After loading up One Way Heroics and playing a few games, though, I put everything else down and have played nothing but that on my PC since.

One Way Heroics hews pretty close to the standard roguelike tropes. It's a turn-based RPG featuring a set of classes and a randomized world full of monsters and loot to explore. The art style is very 16-bit era JRPG, and it's very well done. It reminds me a lot of Half Minute Hero with its retro look.

There is a set of classes to choose from, some available from the start and some unlocked as you play. Each class is somewhat distinct, in that they have a different set of starting gear, different skills, and a different unique perk they start with. However, all classes can select up to 5 perks to either overcome weaknesses or accentuate strengths. There's also no class restrictions on gear. Between the shared perks and the shared gear, the classes end up feeling a bit more similar than they initially seem.

The game itself concerns a kingdom being overtaken by a relentless darkness. The darkness is constantly creeping in from the west, and anything that touches it is killed instantly. This includes the player, so there's a constant pressure to move east.

This constant pressure informs many of your decisions throughout the game. For instance, you might be tempted to enter a dungeon to explore it for experience and loot. If you get trapped or cornered by a tough monster, you might not have enough turns to find your way back out of the dungeon before you're swallowed by the darkness. Similarly, you'll come across chests that you can bash or lockpick open, but time is not on your side. 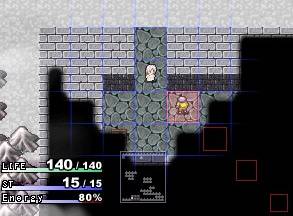 All of the classes have a special "Awakening" ability that stops time and gives you a few turns to hopefully sort out whatever mess the game has thrown at you. You can only use this a few times per game, though, so it's only for dire emergencies.

The overall goal is to fight the Dark Lord who is supposedly the cause of the darkness. Killing the Dark Lord is one of the ways to win the game. On all but the lowest difficulty, he appears to fight you periodically. If you can avoid him and survive long enough, he'll teleport away to harass you later on.

In One Way Heroics, death is not always that bad an outcome. When you die, you can use your score from the previous run to permanently unlock new classes, perks, or expand your Dimensional Vault. The vault can store items from other playthroughs that you can withdrawal at the start of another game.

Both of these systems remove a lot of the frustration games with permadeath tend to cause. Much like in Rogue Legacy, dying signals the end of your current game, but it also gives you a chance to become more powerful and do better in your next game.

The game also allows you to save, either by visiting a particular NPC or by using a Save Crystal. While you can restore an earlier game, you can only get credit for that game's score on the first run through. Thus, it can be useful for learning from your mistakes or attempting some of the more difficult achievements, but it's not something that breaks the difficulty of the game.

Speaking of learning from your mistakes, you can also choose to replay any dimension you've been to before, in case you liked the map or want to get some revenge. Monster and loot spawns are still randomized, so replaying an old dimension doesn't feel like cheating. 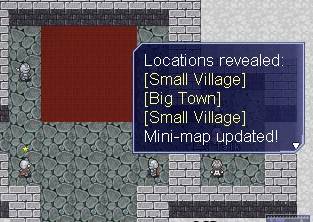 The game also has some online elements, although they're more of the leaderboard variety than the co-op or player-vs-player type of multiplayer. There are daily events where you can take part in unique challenges or opportunities, and there is a scoreboard that tracks players who have cleared a particular dimension. The game is always single player, though. There's no co-op or player-vs-player or anything like that.

I can sum up my feelings about One Way Heroics in three words: I want more. There's a good amount of stuff on offer here, but the more I play the more I want. I want more classes, I want them to be more distinct. I want more enemies and loot. I want more NPC companions. I want more achievements and reasons to keep playing. I hear they're working on an expansion, and I will almost certainly buy it. 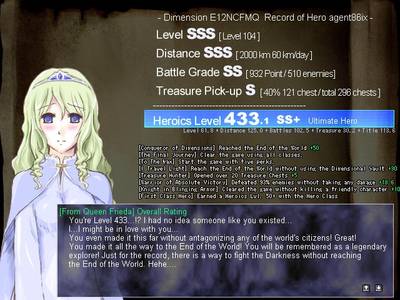 If you like classic, turn based roguelikes, chances are you'd enjoy One Way Heroics. It's got a lot of solid systems, you can play short games or marathon sessions, and it's got that "one more turn/life" pull that I can't resist.