After decades of cheesy "bad guy steals girl, good guy saves her" tropes in our video games, I think it's safe to say that we're in the mood for something... fresh. Nefarious dropped in our lap during PAX South, and it promises to finally break us out of our rut and poke fun at video game history along the way. It's tricky to spin a tired concept and find a fresh angle - does Nefarious manage to nail the biting satire or go directly to jail? It's time to find out in my Nefarious review!

Nefarious is the debut game from yet another fresh indie studio - StarBlade. Founder Josh Hano is an artist, and it definitely shows. The art and animation in Nefarious is generally top notch. Enemies are detailed and have a ton of frames of animation, so their behavior is more cartoonish than what you'd normally expect from a hand-drawn, 2D indie title. 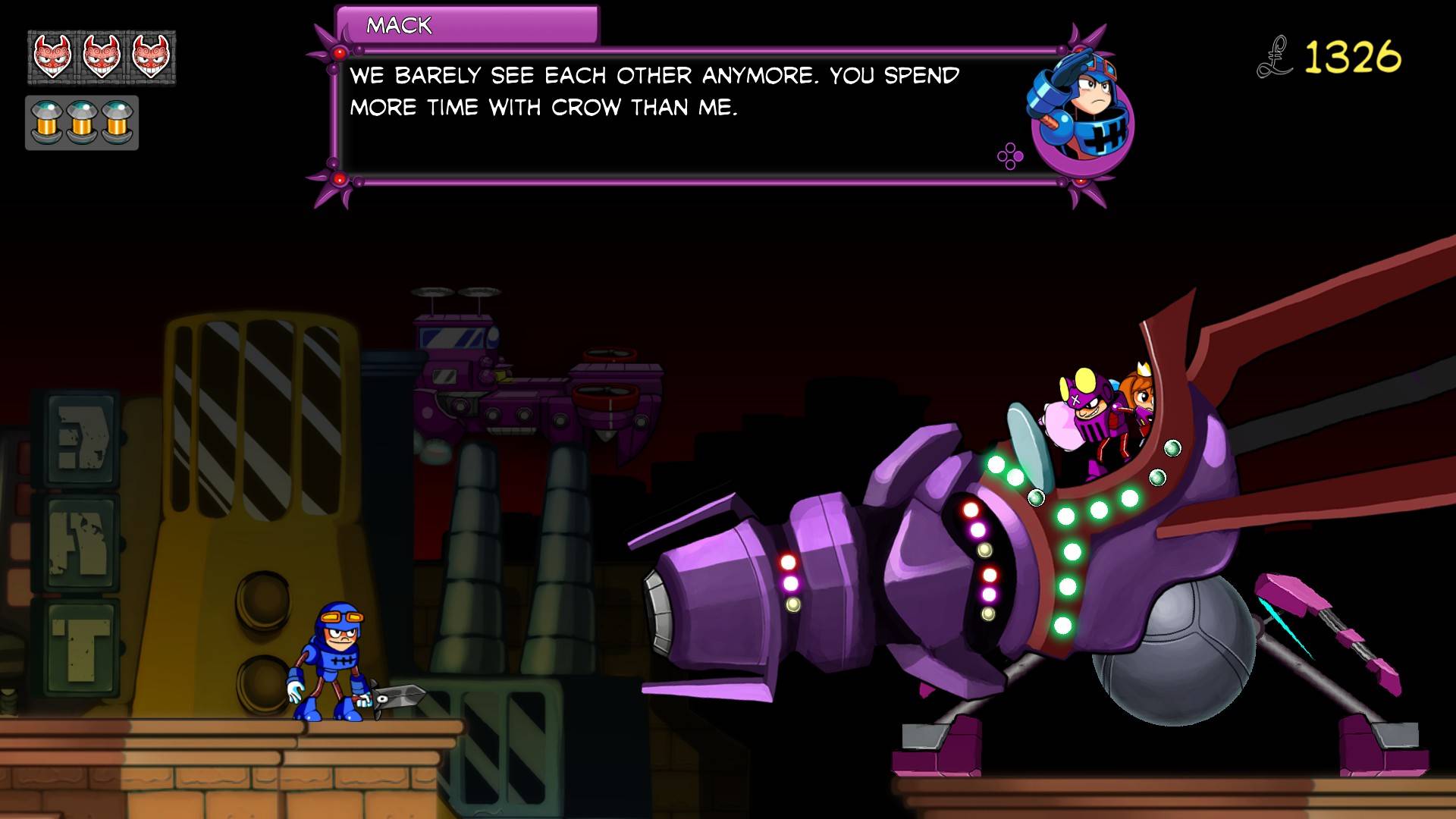 Nefarious' writing is similarly high quality, for the most part. The "damsel in distress" trope is in full effect here, and it's subverted and inverted in every way possible. (Over)use of this trope has been something of a hot button issue in gaming circles over the last few years, so just be warned that if any reference to it makes you uncomfortable, it's cranked to 11 in Nefarious.

Certainly, though, there's no shortage of strong female characters in the game. Each of the princesses (and prince, naturally) that lead villain Crow abducts to power his humongous death ray have their own fiery personalities, and in more than one occasion they either consent to being part of his plan or forcefully inject themselves into it. (I half expected Crow to pull a Samus Aran in the final act, but no dice.)

Nefarious plays pretty much like you'd expect a 2D platformer to, and shares many similarities to games like Rayman or Earthworm Jim. Crow has a melee range punch attack, as well as a ranged explosive that recharges over time. Both of these can be upgraded on his ship with a few different modifiers, like sticky bombs or exploding fists. 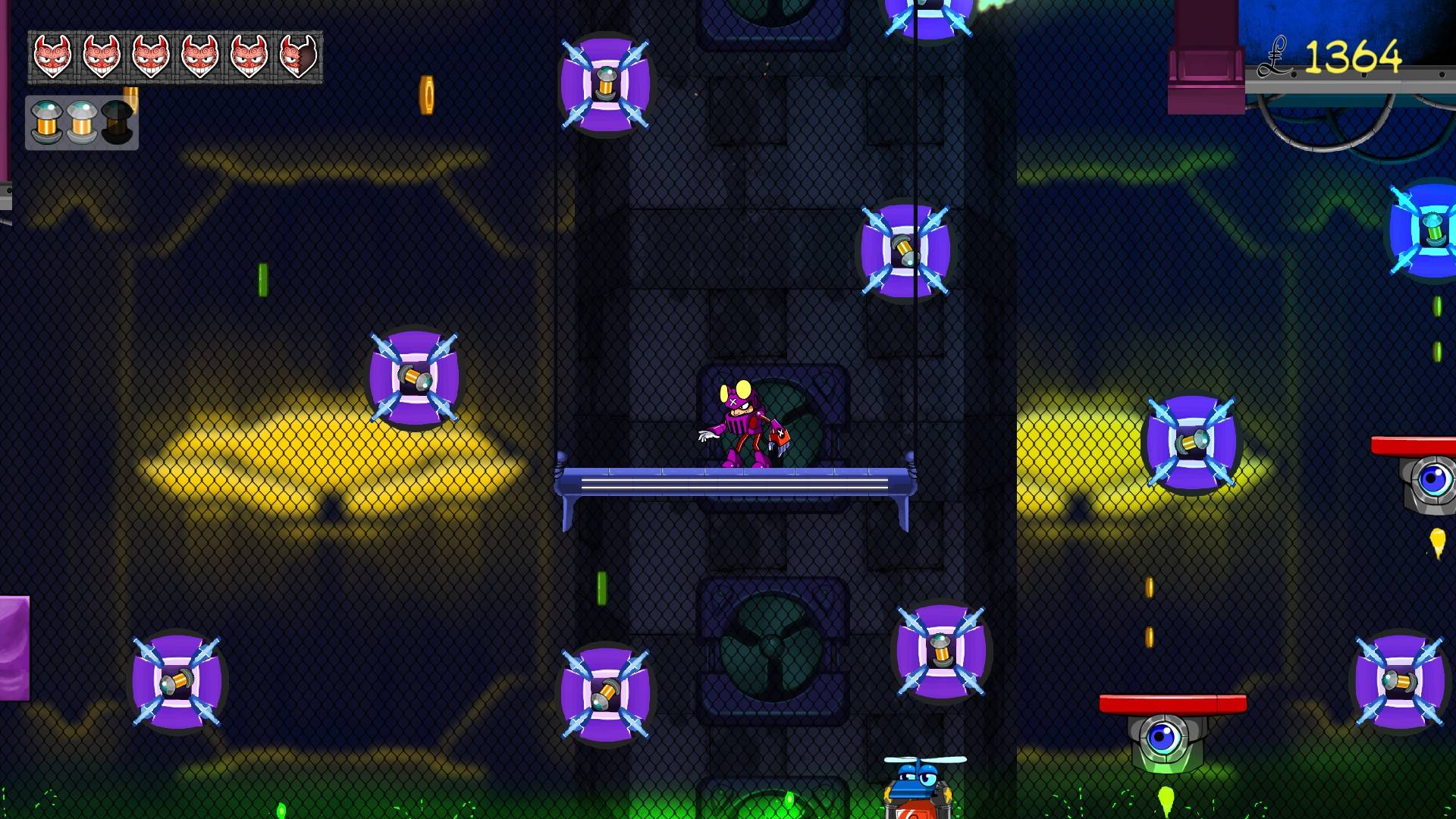 My platforming skills have certainly degraded over the years, but I still feel fairly competent. I would rate Nefarious as being mildly challenging for the most part, with the exception of a few sequences that got painful but never "throw controller, flip table" frustrating. Most levels I managed to complete in less than 10 deaths and under 15 minutes.

The combat is pretty straightforward. Enemy AI usually follows a predictable pattern that is neither too easy nor too frustrating. One enemy type really likes to hover a fixed distance away - just out of the maximum melee range - which can get kind of annoying at times.

Most of my deaths were from falls into various environmental obstacles. Jumping and navigating in-air is fairly precise, although getting hit while airborne tends to knock you off course. Crow's ranged attack also produces explosions that can be used to extend jumps, but that just as easily knock you into lava/goo/bottomless pits if you're not careful. 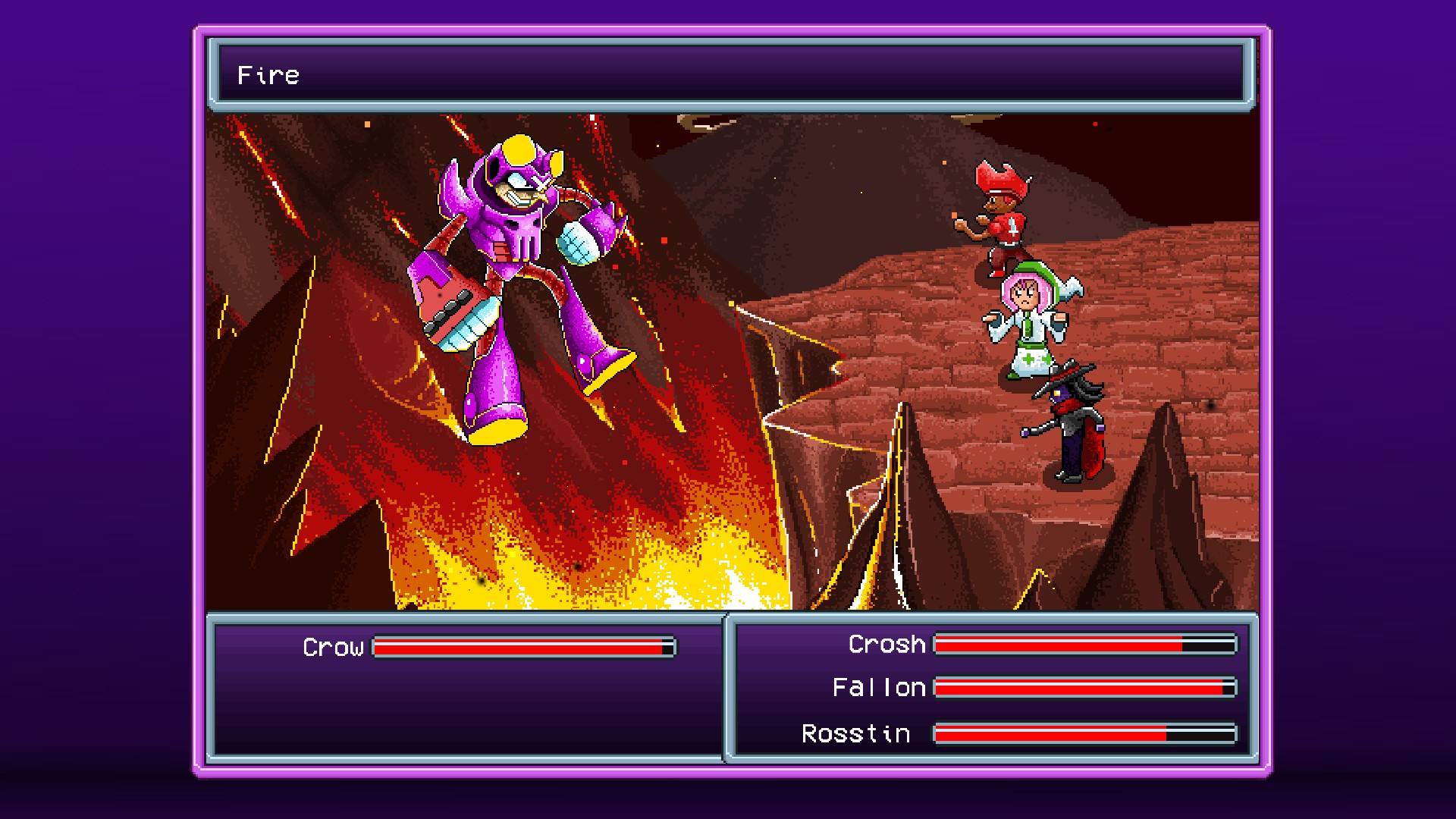 Capping off every stage is a boss fight, except that in Nefarious you're the boss and have to deal with some piss-ant hero trying to stop your evil schemes. Once again, classic video game themes, characters, and scenarios are turned on their heads for the lulz. You've got your "Sonic" style boss fight, your "Mario" style boss fight, "JRPG" style boss fight, giant robots of various shapes and sizes, and so on.

Nefarious "bungles the heist" for me in a few ways. I think I could sum it all up by saying there's a lack of variety. Each of the levels has its own tileset, but they generally boil down to "jumping puzzle over instant death" juxtaposed with "quick combat section with one of this level's 5-ish enemy types." Crow's got just two weapons, and the upgrades are kind of sparse and didn't do much to make me feel like the game was changing significantly from start to finish.

Nefarious also has a handful of small "polish" level issues that hound it. While the music is rather good, the sound design often falls flat. When I'm smashing things with a giant robot, I want the sound effects to really make me feel like I'm smashing things with a giant robot. Sometimes sound effects were missing altogether, yielding some interesting sections where stuff was exploding on screen but there weren't any sounds to go along with it. 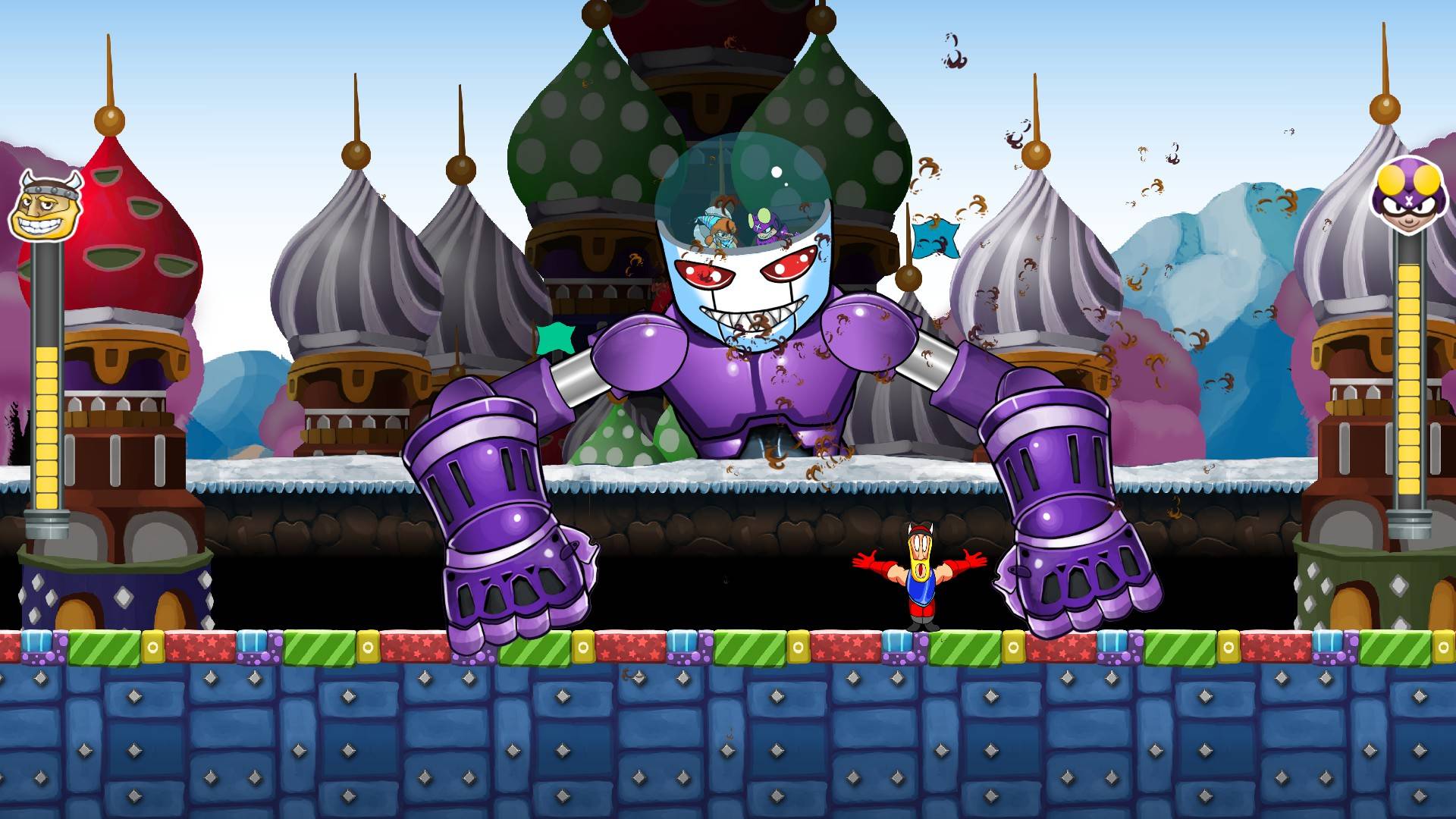 I also had a few control issues. Boss fights put you in unique situations, but it's not always clear how to properly control Crow's various death machines. I died a few times on each fight trying to get the hang of the specific control mechanisms needed.

"Activate" and "Cancel" are both mapped to the B button, although Nefarious doesn't have enough unique buttons to really justify this decision. So if you're trying to exit the shop menu, for instance, pressing B closes and then immediately reopens the menu, dozens of times per second. In-home streaming with the controller doesn't seem to work properly either, as I was unable to fire my grenades or navigate the map in this mode.