MOTHERGUNSHIP isn't a traditional shooter. Like I mentioned in the intro, it's easiest to describe it as a roguelike, bullet hell, first-person shooter. Besides being quite a mouthful to try to explain, it's also a little tough to understand without going into a little more detail. 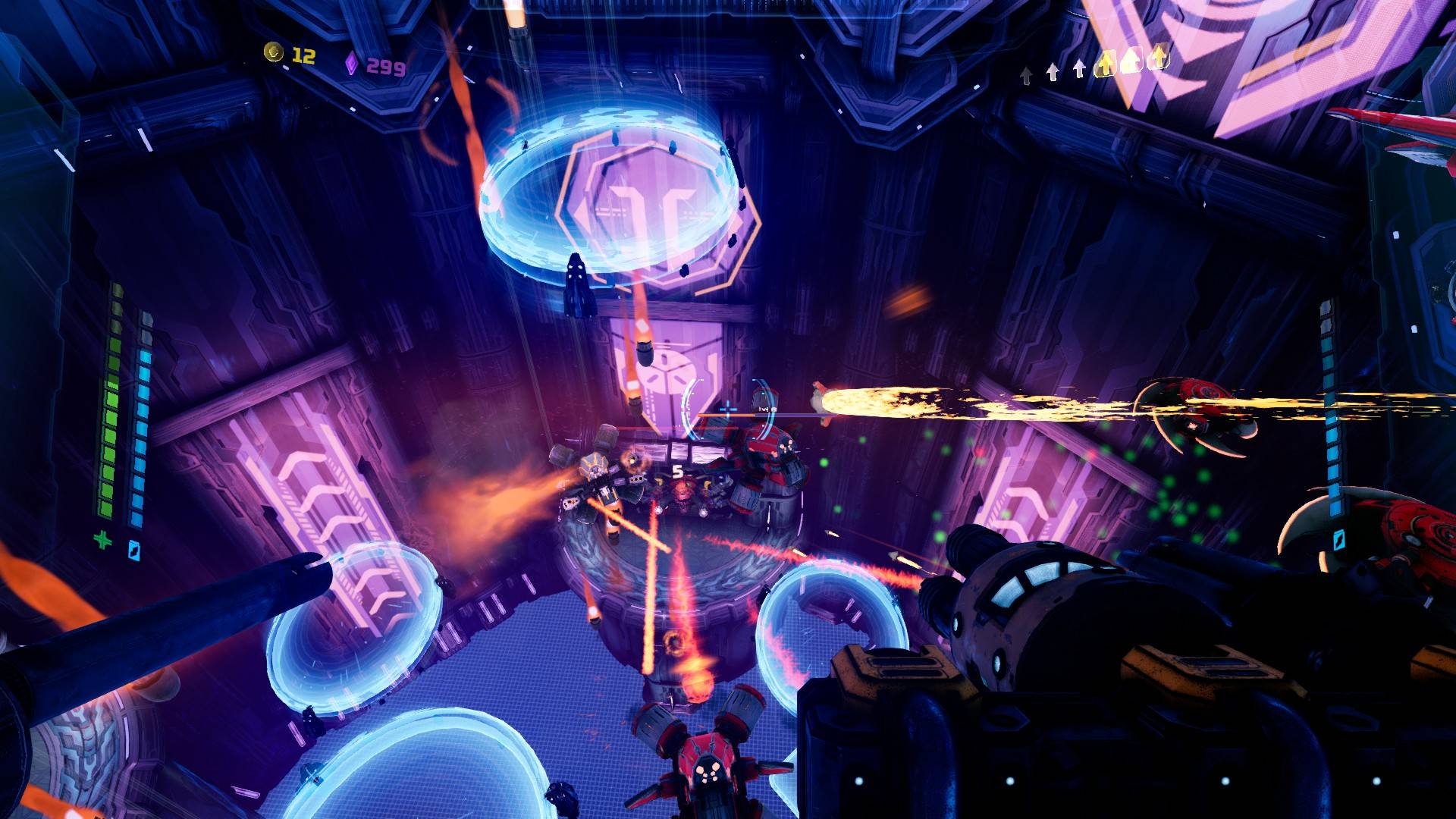 The roguelike "dungeons" in MOTHERGUNSHIP are ships packed with all manner of alien AI-controlled killer robots. Some are ginormous Banzai-Bill firing fixed gun emplacements that track your position, others are flying robots with mounted lasers, and still others are tiny robot T-Rex things that chase you around and nip at your heels. Each alien ship is a series of prefabricated rooms arranged in a random pattern. Destroying these robots yields various items for collection. The most notable of these are the little purple diamonds that represent experience points, and the coins used to shop for gun parts.

Part buying and gun crafting are both important parts of MOTHERGUNSHIP. At the beginning of each mission, you're allowed to bring along a small number of parts (usually 1-6) which you can use to build your starting loadout. Occasionally after clearing a room, you'll find a shop where you can buy parts and/or modify your guns. 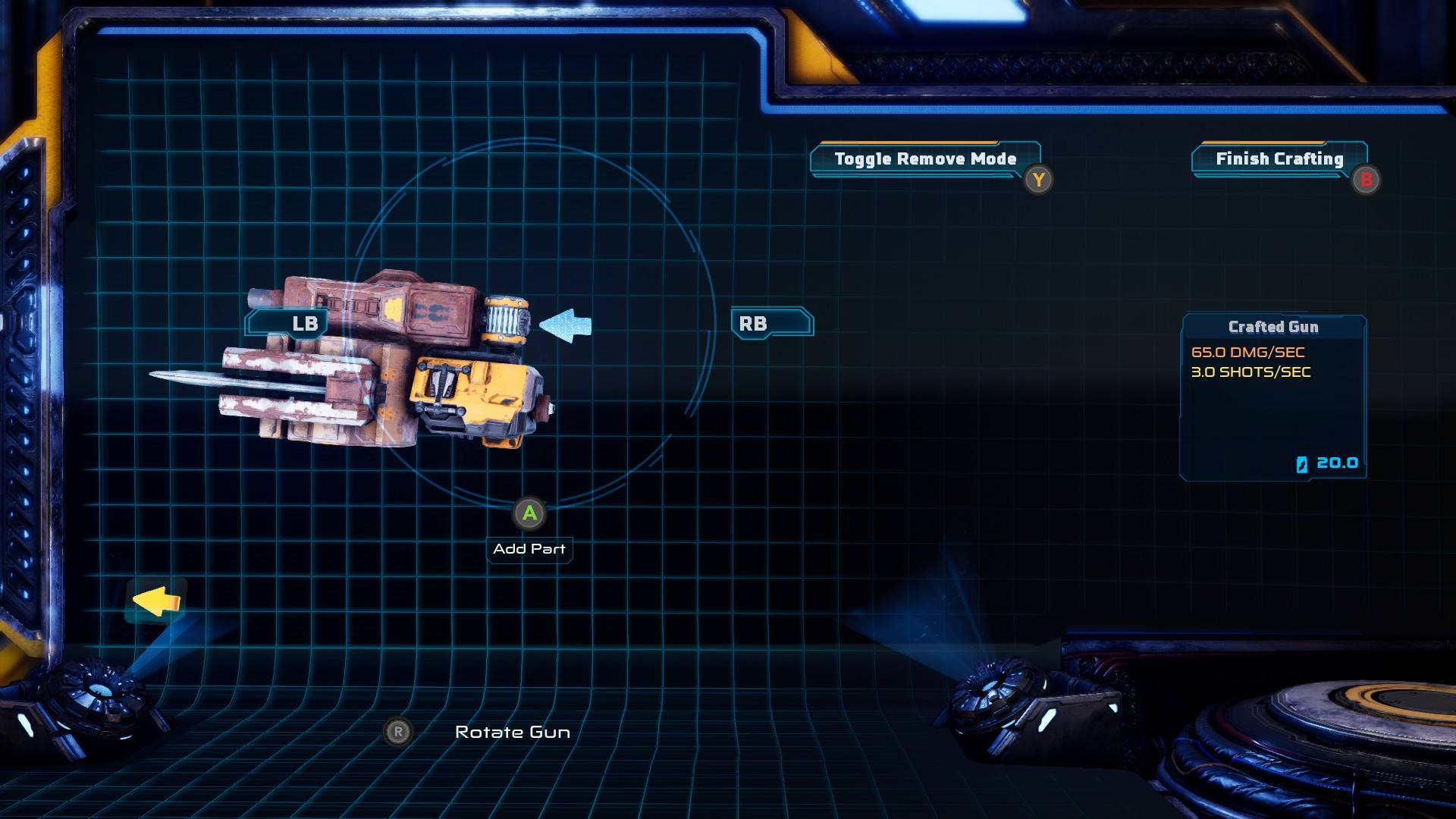 You can hold two guns at any one time, but each of those guns can be customized in whatever way you see fit. Want to jam a bunch of shotguns and flamethrowers together to create a devastating short-range murder machine? Go for it! Maybe you just want to get as many fast-firing machineguns and energy weapons as you can find and stick them together to make the ultimate bullet hose. The sky's the limit, just as long as you keep all the barrels pointing the same way. 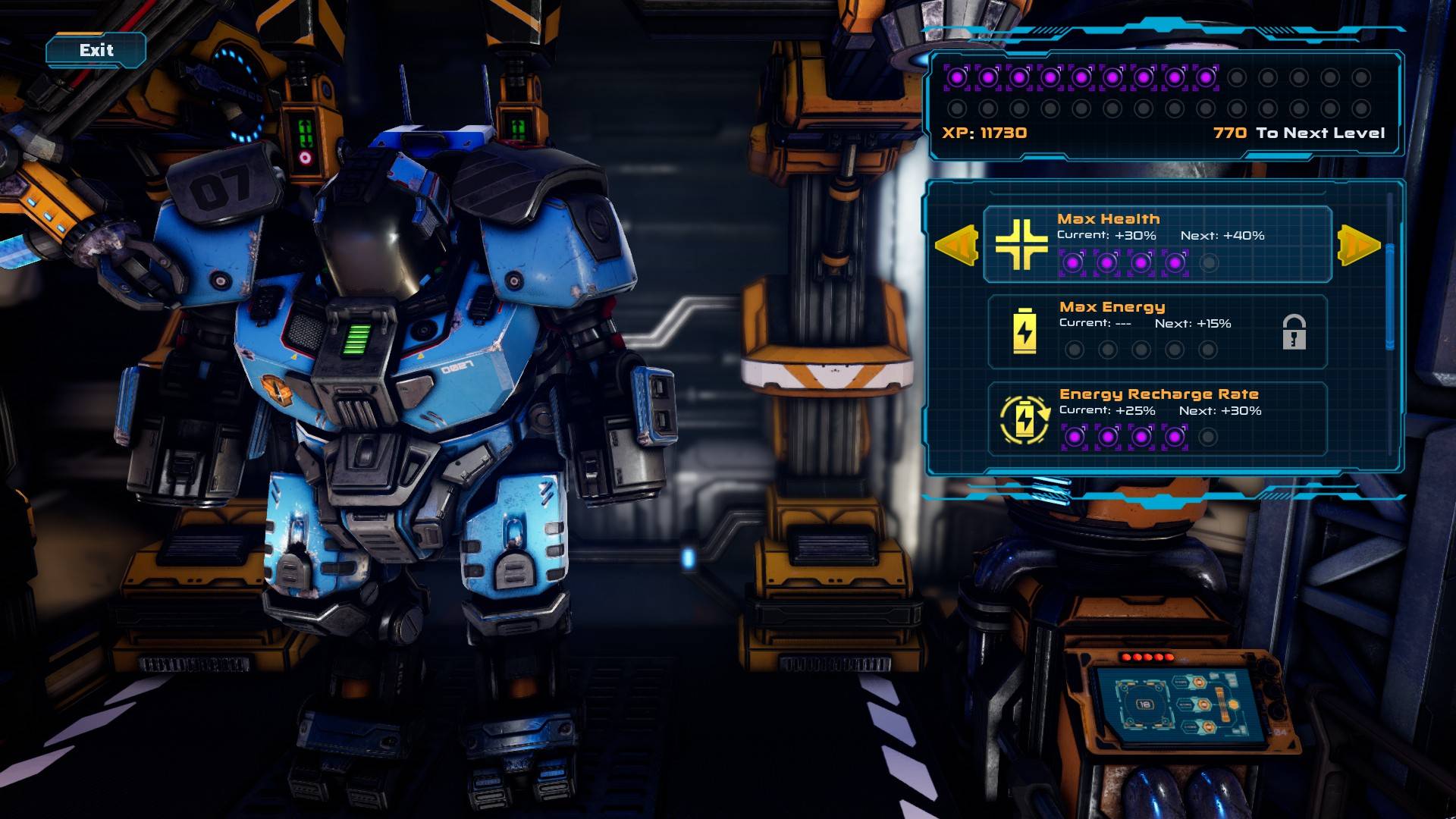 Between missions, you can spend accumulated coins to buy extra parts, or spend your experience points on various perks. These perks are mostly what you'd expect - bonus health, faster weapon energy regen, extra jumps, and so forth. You can assign and reassign these points at any time between missions.

As you might have figured out by now, there's a lot of interlocking pieces at play in MOTHERGUNSHIP. There's a fair amount of complexity to manage - in combat, you've got to keep track of where all the enemies and their shots are (and there are often lots) as well as how charged your weapons are, where the jump pads/hazards are, etc. Outside of combat, you'll be hunting for secrets, choosing your path through the ship, and crafting your weapons.

Some of these systems work better than others. For instance, a lot of the time the gun crafting system seems like it's made for a more complex game than MOTHERGUNSHIP. I don't think I ever used some of the connector types, and most of my guns topped out at around 3 barrels. The levels in the main game just aren't long enough to build bigger guns than this, and the overall max energy/regen is low enough that larger guns are impractical anyhow. 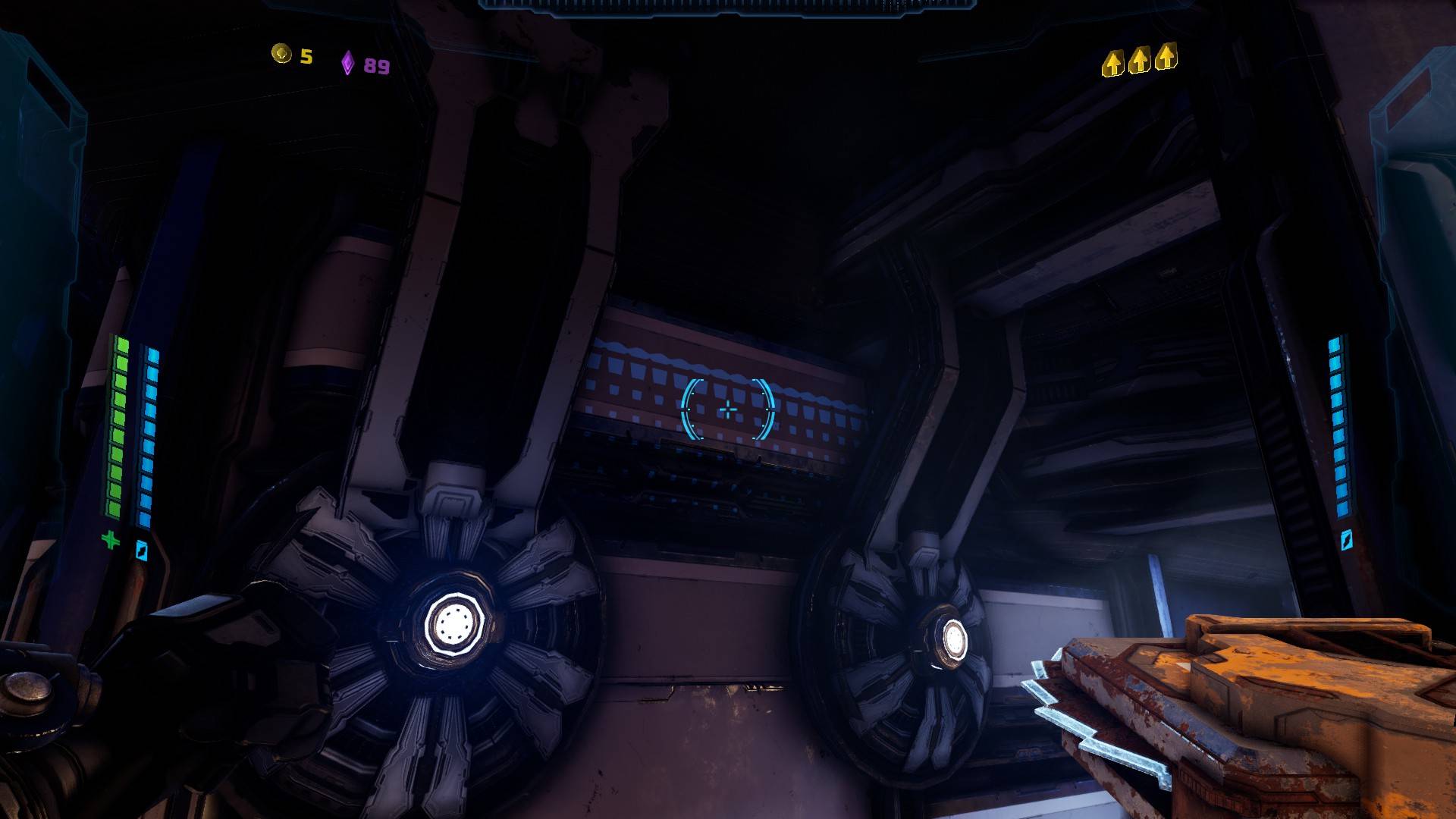 Secret areas are another disappointment in MOTHERGUNSHIP. In Tower of Guns, secrets were usually a reward for being a diligent explorer or completing a series of tricky jumps. In MOTHERGUNSHIP, secrets are randomly generated inside of the walls. Finding them can be important, as they sometimes contain max health boosters. However, finding them involves staring at walls until you see the telltale blue pattern. Wall Texture Inspector is not a terribly fun game to play.

I would say overall that MOTHERGUNSHIP doesn't feel terribly well balanced. There are a number of things that really need to be tweaked: