The Magic Circle is the debut game from the developers known as "Question" - a studio made up of former AAA development veterans. Their past experience includes significant work on the Bioshock series, as well as Dishonored and South Park: Stick of Truth. The Magic Circle is a... unique game, with a bunch of unexpected twists and turns. I'll do my best to explain without spoiling too much in my The Magic Circle review.

The Magic Circle is a hard game to pin down. It's very story focused, but certainly not a walking simulator. It has elements of game creation and manipulation, but it's not a sandbox game. There are game hacking portions, much like, say, Hack and Slash.

It's even somewhat confusing to try and explain The Magic Circle's plot. The Magic Circle is a game, about a game called The Magic Circle. See what I mean? You play as... something. The protagonist is more a concept or your own avatar more than anything else. The other characters aren't so much characters as they are the game's creators....

Now I'm getting lost. Let me start over. 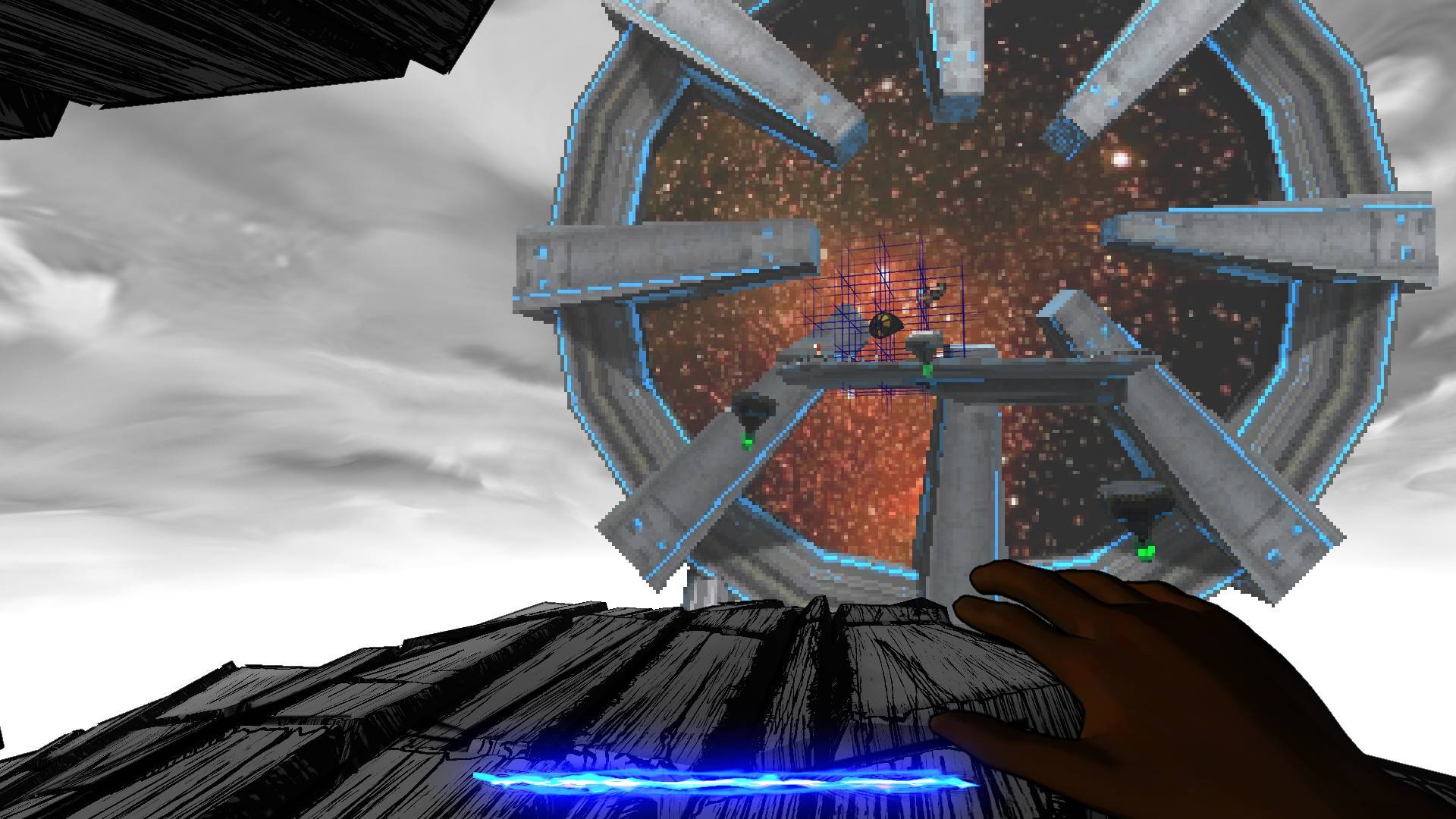 The Magic Circle puts you in the shoes of someone playing through an unfinished game. This unfinished game has been in development hell for what seems like forever. Despite all this effort, the current state of the game is nothing short of a boondoggle. Creative tensions and strong personalities have basically ruined whatever "good" was in the game, and left it in a constant state of flux.

Sound at all familiar? There are many famous examples of games being relegated to "development hell" or "permanent vaporware." Duke Nukem Forever, Daikatana, and Godus are three famous examples. In the Kickstarter era, though, there have been too many to count. It seems like once a week I hear about another failed project, forever doomed to languish for all eternity.

Each character in The Magic Circle represents some force or interest in the game's development. 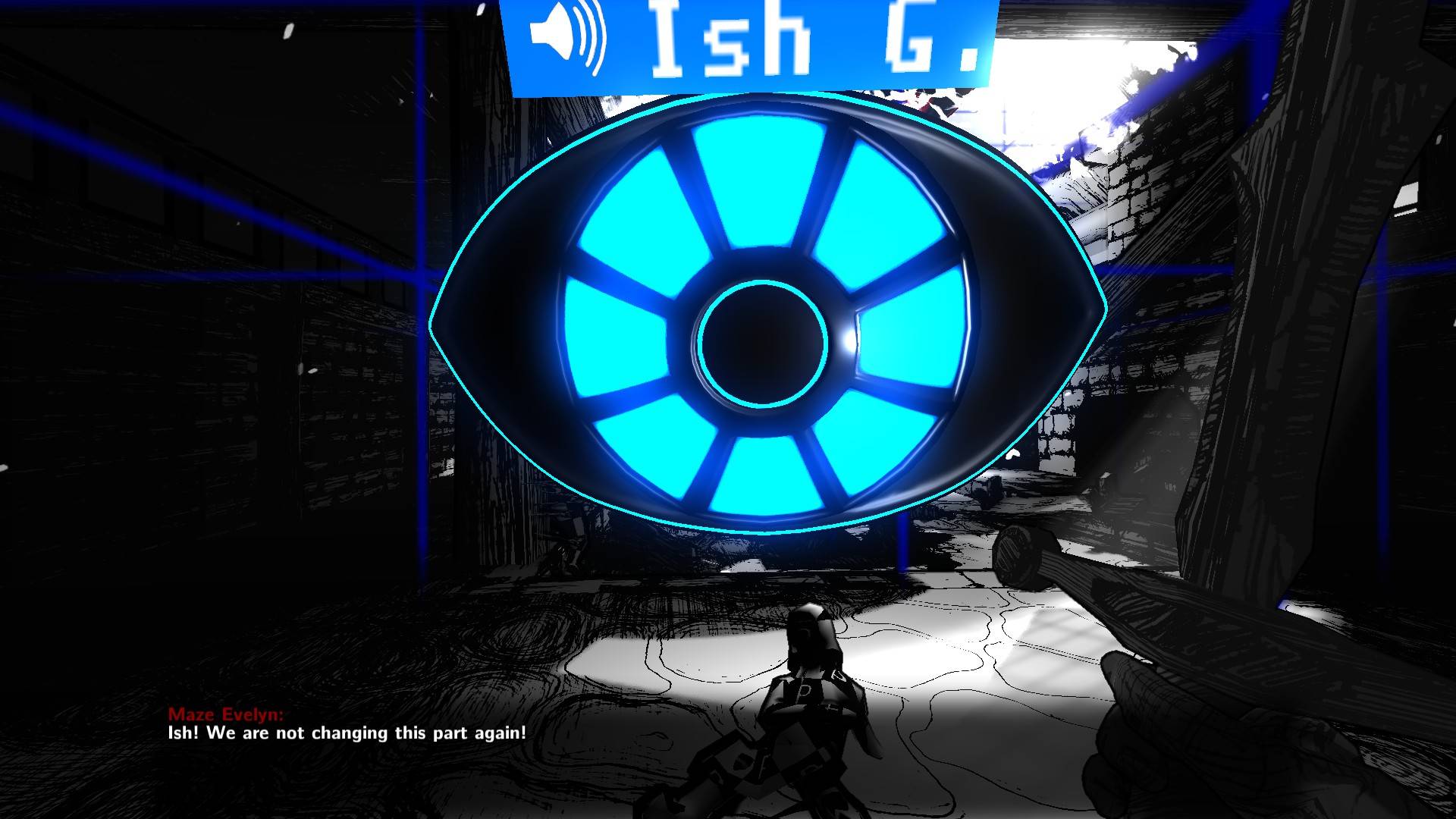 First we have Ish Gilder, played by James "Doctor Venture" Urbaniak. Ish is short for Ishmael, and the parallels to a certain story involving a famous Ishmael are more than name-deep. Ish has been working on the game within the game for an eternity, buoyed by his success on an earlier, simpler game set in the same universe. This Magic Circle will be his magnum opus, but his overreaching goals and constant creative direction shifts have delayed the project indefinitely.

Next is Maze Evelyn, played by Karen Dyer. A former pro-gamer, she could be thought of as the voice of the team making the game. She wants it to be fun, and is concerned about interactivity and combat. This puts her at odds with Ish, as Ish feels like his vision is critical and can't be compromised for anything.

Finally, we have Coda Soliz, played by Ashly Burch. Coda represents the game's fanbase, loyal worshipers of Ish and all his creations. She gets a job as an unpaid intern to try and help The Magic Circle get finished. She's passionate and energetic, but ultimately loyal to the vision the fans have rather than Ish's or Maze's.

But wait, there's more! There's one final character in the story, although he's not a person. "The Old Pro" is voiced by Stephen "Garrett" Russel. He represents the will of the game itself, I suppose? He is a rogue AI trapped within the game that desperately wants the game to be finished or killed - just so he can escape the apparent torture of being in development hell. He is your tutor and guide throughout the game.

The voice acting really shines here, and I think the investment in big-name voices really paid off. James Urbaniak especially really fits as Ish - it's a character very much like the one he plays in Venture Bros. It even seems like the promotional art for Ish is modeled after Doctor Venture. Ish's silliness, commitment, and desperation tie a lot of the game's elements together.

The Magic Circle really consists of a couple of different games. The one you'll spend the majority of the time in is a sort of "first person hacker." Here you'll trap enemies and reprogram them, stealing their abilities and claiming their allegiances. The overarching goal is to collect the right abilities to proceed.

This part of The Magic Circle isn't particularly complex. There are a few puzzles to solve, and some lateral thinking is required. However, it doesn't really get to be that challenging. Since basically everything is possible, there are multiple possible ways to solve most of the game's situations. 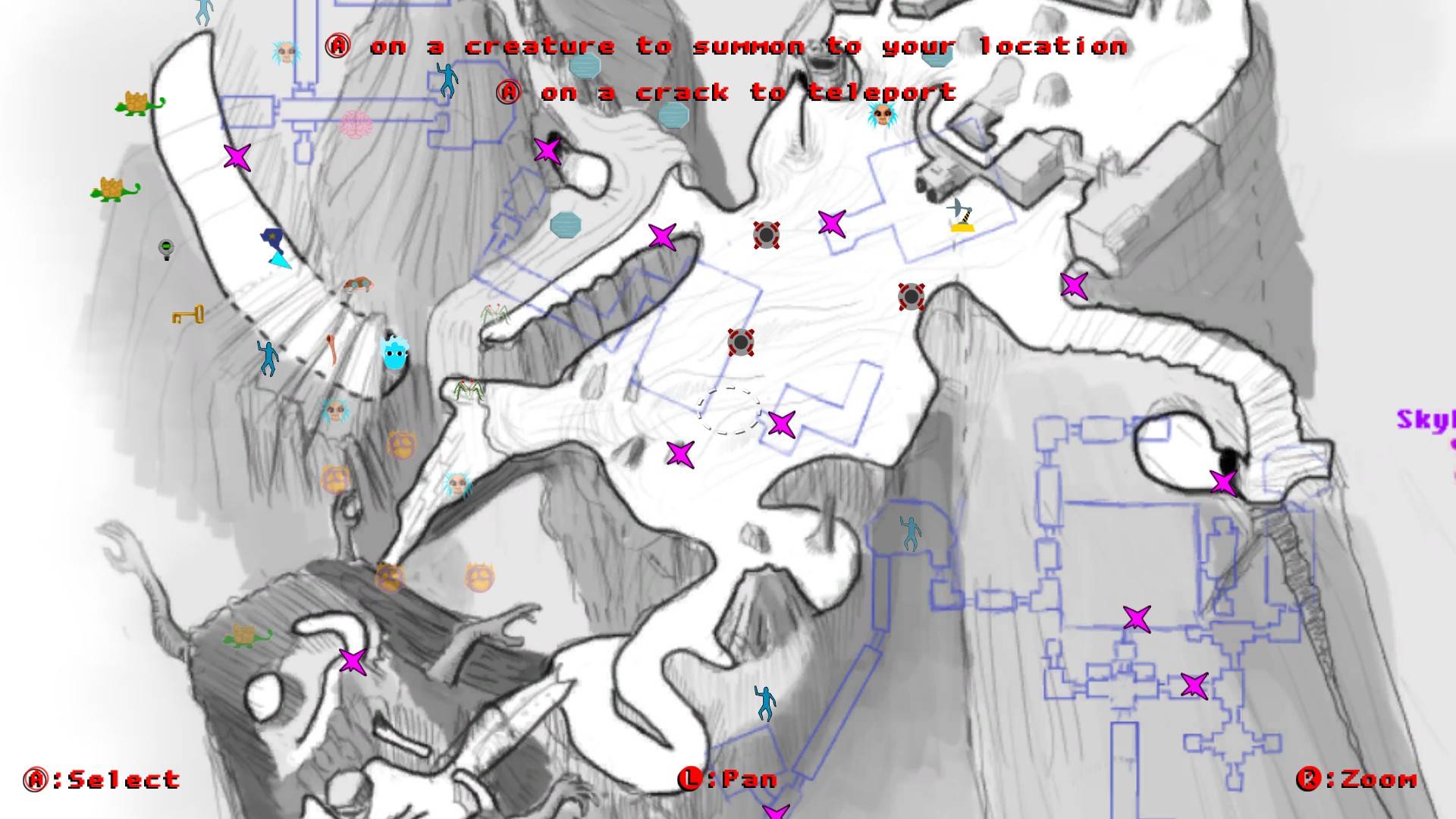 Exploring the world of The Magic Circle is interesting, and full of meta gaming humor. Notes from the developers are scattered about, and there's copious commentary from the major characters. The notes serve as little hints on where to go or how to approach a particular situation.

The second game contained in The Magic Circle is a sort of rudimentary game creation tool. After certain plot events, you'll be tasked with creating your own game out of the bits and pieces of the unfinished game. I found this part of the game to be a bit jarring, since it seemed very unlike the previous section. It also started just about the time I really felt like I was getting in the groove of the "hacking" game.