King of Thieves is a new game from Zeptolab the makers of Cut the Rope - arguably one of the best mobile games of all time. It is a tower defense platformer where you play the role of a ninja trying to steal the hard earned, or rather stolen, gold and gems of other ninjas. I've played the game for about a month now, and it is absolutely addicting. There is a lot of depth, so I thought I'd share quick some tips I've learned at being an effective ninja and living up to the title of "King of Thieves". 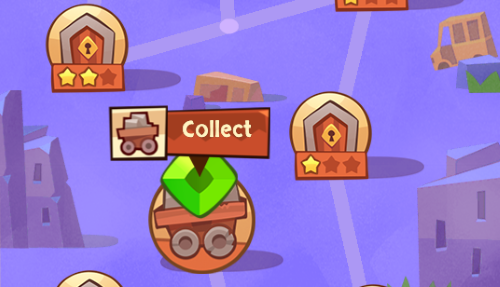 One of many compliments I'd heap on King of Thieves is that basically all modes of the game are worthwhile. Chief among these is the single player campaign. Many beginners will feel less intimidated taking on the pre-canned bases, and it is a nice way to make just a little bit of extra gold if you are good at it. There are various aspects I could get into which are beneficial, but to me the huge draw of the campaign mode is Gem Mines. Gem Mines, like the name implies, give you free random gems on a set interval. This is incredibly useful because gems can be fairly hard to steal from opponents early on, and yet often stolen from you. They have a gold equivalent value if you want to cash them in, and when they are ready to harvest they can also be left in place indefinitely without any risk of looting.

Pro Tip The lower end Gem Mines don't produce very valuable gems, but they produce them pretty quickly. Try to harvest them regularly until you get a color you've been waiting for, and then you can let them sit. Also keep in mind that if you are close to an upgrade and need just a little more cash, gems in your mines can be sold. 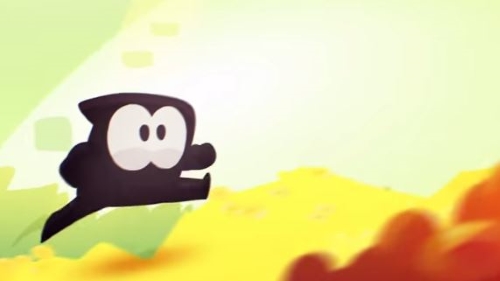 Despite what feels like a lifetime of tower defense and platformer experience, there are nuances to King of Thieves that are very hard to catch at first. One that I only recently figured out is the "pathing" of your ninja. When the level starts you will run right until you encounter a wall, and you can only change direction be first jumping off a wall. That's pretty obvious after your first few raids. What is not obvious is that you can subtly alter your forward speed by jumping due to the arc of your jump. If you raid a base and find that you nearly instantly run into an obstacle you can't avoid, this is probably why. Use this knowledge to your advantage, clever ninja. 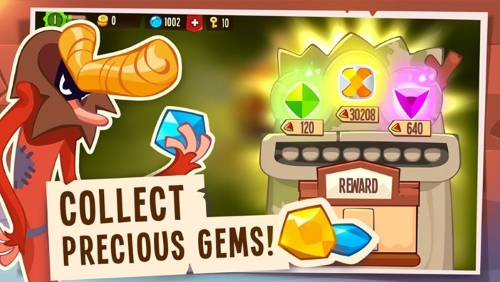 As with games like Clash of Clans and Boom Beach, raiding is a fact of life in King of Thieves. One of the very interesting design choices though, is the presence of persistent material wealth in the form of Gems. Gems are akin to trophies in CoC, and can be stolen from other players to rank up. They can also be "grown" via Gem Mines as mentioned above. Needless to say, if you like the prizes and thrill of competition that come with high Gem totals, you're going to want to protect your good ones, but every sticking-fingered ninja in town is constantly drilling your defenses trying to get in and pilfer your totem. Play defensively, and don't expose all of your best Gems at the same time. Grow your wealth slowly, and the constant looting won't hurt as much.
Pro Tip If you turn on notifications, King of Thieves will alert you immediately when a gem is stolen so you can act fast to maximize your shields effectiveness. If you miss the window by a mile, its often worth waiting for the next shield before restarting the Ritual.
Pro Tip Keep a close eye on the clock when you get interrupted with very little time left. This can present the rare opportunity to substitute one of your most precious Gems without any risk of losing it.