One of the many exhibitors at RTX 2016 was a company that sells (mostly meat-based) snacks with gamers in mind - JerkyXP. While on the show floor, I talked with Zach a bit and helped myself to some meaty samples. I also outright stole some CinniBacon flavored JerkyXP to check out later on at home. If you're interested in sweets and meats, this is the review for you!

JerkyXP makes a whole line of meat snacks, but I have a MSG allergy, so I had to steer clear of most of their mainline jerky offerings. Their bacon products, however, do not contain MSG, so the fine folks at the booth steered me towards the CinniBacon option.

The bacon slices themselves are tender and juicy - this is pretty floppy bacon, on the whole. I don't really take sides on the "crispy vs soft" bacon debate - good bacon is good bacon either way. 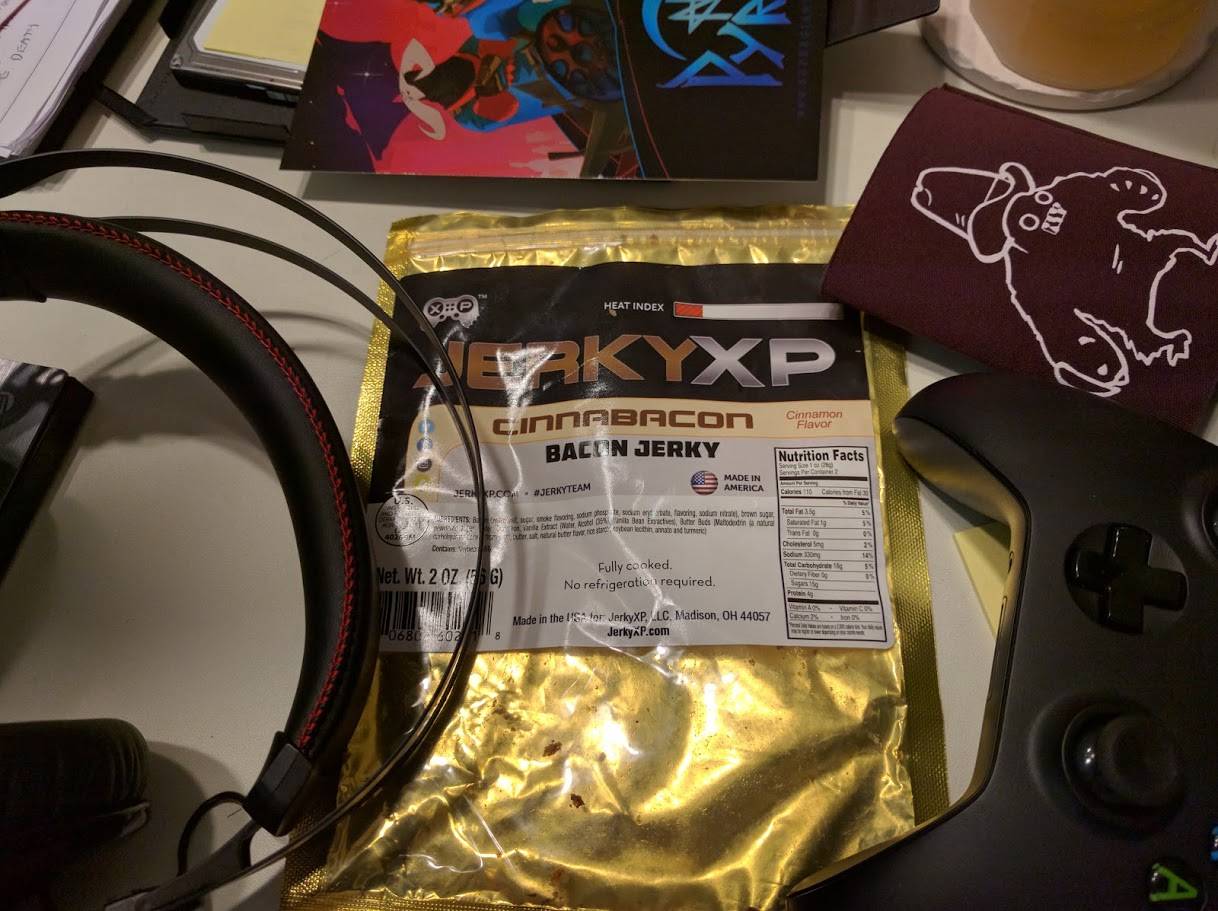 The CinniBacon hews close to the texture of jerky, which makes sense coming from a jerky company like JerkyXP. The cinnamon and sugar is sort of dusted on the meat, which means if you're planning on snacking while playing, you'll want a napkin or something nearby.

I'm happy to report that the taste of CinniBacon is quite pleasant! There's definitely enough sweet here, without the sugar feeling overpowering. The cinnamon adds good flavor without really being at all spicy. The real unsung hero here though is the vanilla. It's quite mild, but it adds a certain depth to the whole treat.

Health wise, this is fatty pork covered in sugar. Seriously, don't think about it too much. That said, one pack of CinniBacon is two servings of around 110 calories, which is actually less than I was expecting. It's meaty enough (hah!) that I felt like I could stop after one serving at a time, although the smell of the CinniBacon was quite tempting.