Ironcast is a roguelike match-3 puzzler that we checked out at SxSW and took home a copy for review. I've been bashing my head against the wall with this game, trying to beat the campaign. In this quickstart guide, I'll explain how to get ahead in Ironcast and push the French back to France (where they ostensibly belong) without losing your jaunty monocle in the process.

Hold Out for Good Gear

When you get your first blueprints for mark-II gear, it can be tempting to slap it together immediately. Think twice, however. The incremental gains from early gear upgrades are small compared to the amount of scrap they set you back. 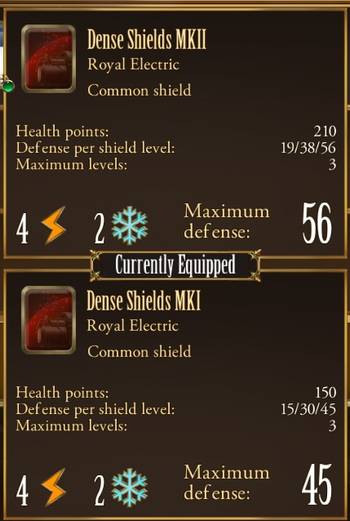 My suggestion is to skip over mark-II gear and wait for mark-III before you upgrade. The early missions aren't that hard with the initial gear you start with, and the scrap savings pays off.

Another note - it seems to me that you only get new blueprints when you destroy an ironcast or steam tank. If you repeatedly fail to destroy your opponents, you won't get much in the way of blueprints. Try to go for kills, even if the mission doesn't demand it.

A special case of this is "salvage" missions - if you manage to destroy the enemy and leave the required system intact, you don't get blueprints - you get a system without having to pay for it. Considering that ironcast systems can easily be worth 1500 or more scrap, salvage missions can give you a big boost, assuming you need the type of gear they are offering.

I like to use the Warwick - a pretty heavy duty ironcast - when I play, but one aspect I always upgrade is the energy reserves. Dense Shields require 4 energy to activate, so if you can get to at least 8 energy, a single maxed-out energy bar will give you two shield increases in a single turn.

I also tend to play as Dr. Kylock, whose special augmentation allows him to get his ironcast moving for just one energy if he makes a big enough energy match. Thus, I'll actually aim for 9 energy total - enough to raise my shields twice, and walk once if the bonus is in effect.

That said, in the early going, shields are king, and in the late game dodge is key. Mark-I drives top out at 15% dodge, or 5% dodge per activation. This is effectively useless, especially since mark-I shields can block most (if not all) enemy damage in the early missions.

By the time you hit the first boss, though, energy weapons that can pierce even the most tough shields will make short work of your hull. By this point you really need some solid drives that can dodge 30-40% or more of incoming fire, or you're going to get trashed.

Sometimes you just get unlucky and have to pick from a set of things you don't want or need. Those are the breaks, unfortunately.

If you do have a choice, here are some suggestions:

When you're actually in combat, the best thing you can do is make enormous matches. You might look at a block of 12 purple ammo gems and think "really, I can only hold 9 of those, so I should leave 3 behind." Wrong. Match all of them. It doesn't matter if you'd overfill your reserves.

Making big matches in Ironcast puts more gems on the board, it gives you more XP, and it consolidates other colors together for more big matches. Watch the wrap up at the end of a level, and you'll quickly see that making big matches gives you way more XP than you get from just completing missions or destroying enemies.

Keep in mind, though, that you'll want to deplete your reserves as best as possible before making a match. Thus, don't make a big ammo match if you've got ammo in reserve. Fire your weapons first, then stock up on ammo and think about firing again.

Keep Your Defenses Up

You've only got 3 matches per turn in Ironcast, so you've got to make them count. Generally I will make one match for ammo, one for energy, and one for repair, coolant, or scrap. Not every turn works out this perfectly, and sometimes you'll want to prioritize a big match to get your abilities going or to clear space for more gems.

Energy is key here, just like I've been saying all along. If you can't fire your weapons on a given turn? No big deal. If you can't raise your shields? You're in trouble.

Keep in mind also that overdrive nodes will trigger with whatever action you take next. Thus, it might make sense to order your actions so that you use overdrive to keep your defenses at peak performance rather than dishing out a big hit to the enemy.

The two bosses can be big and nasty, and they're almost guaranteed to curb stomp you the first time you encounter them. There are a few things you should know in order to increase your chances of survival.

No scrap nodes spawn in boss fights. That means any ability that uses scrap nodes in some way is totally useless and should not be brought.

Both bosses have massive damage energy weapons that really need to be dodged. By the time you fight the first boss, try to have at least mark-III drives, or you'll end up taking a lot of hull damage.

The "manpower" (represented by a fist in the mission rewards screen) you accumulate is used at the start of each boss fight to reduce the enemy's hit points. Sometimes it's worth it to get some additional manpower, but keep in mind that one shot from your weapons might do more damage than an entire mission's worth of manpower.

If you feel like you're just not keeping up with the power curve in a given run, don't give up! You can sometimes recover by taking on harder missions. You'll be up against harder ironcasts, but destroying them is worth more and can drop stronger blueprints.

If you bite it, again, try not to get frustrated. Sometimes you just have a bad run, or you make a silly mistake. Every time you die, your XP is added to a global total, which enables you to unlock new bonuses for future runs. Basically, win or lose, the game gets easier the more you play.