iOS Game Roundup - One of many

One of my Christmas gifts from my wonderful wife was an iPhone 4S, and as such it was incumbent upon me to test it's capabilities over the Christmas break with some new apps. This being my first iOS review I'll also throw in a few other golden titles I've owned for a while. 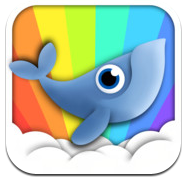 I wanted to startout on a high note. This enchanting little game is a simple, beautiful use of touch controls that looks good on the iPhone, and great on the iPad. In it, you play as a whale named Willow attempting to escape some sea monster called Baron von Barry, who makes very little appearance in the game. The game has a great soundtrack that is insanely happy and matches the bright and somewhat psychedelic art. Beware, it will get stuck in your head - but I didn't mind. Net result - a great way to spend a buck. I've moved on, but I still come back to this one every so often - and my daughter and wife like it too which is extremely rare). 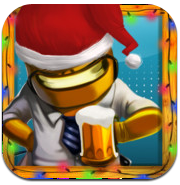 Maybe in a different time I would have loved this game, but I think the formula has just gotten tired for me. I was attracted by the association with beer and the smiling jovial faces of the games characters. How could that be bad? Well, see the thing is - this is a freemium game that also wants to waste tons of your time waiting for crap to happen. All of these games basically boil down to "the Sims lite", except for one major exception - you can't speed up time. Well that's not exactly true - you can speed up time, but when you do not only does the game fly by - money flies out of your wallet. Not my thing. 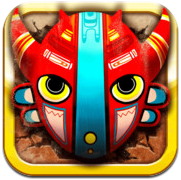 This game has some great art, and I like the overall concept. Your summoning minion has slightly better chops than in similar games, at least for the early levels - so you can enjoy the tower defense aspects, and still get to swing the ugly stick with your fellow forest defenders. I can't knock the game too bad, especially for it's price - and I did play a good few levels before I tired of it. Overall I still rate it meh though, as there is a slightly older Army of Darkness tower defense game that is much better a) because of the AoD license b) because it doesn't break at higher levels due to unbeatably tough mobs. 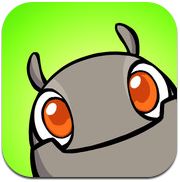 I wanted to love this game, I really did. I never really did the Pokemon thing properly, on a Gameboy - and I think the craze started when I was a little too old to dive in and not be shunned. However, my brother having no such concerns about shunnage did play several of the early Pokemon titles and got into it enough to get me to try some emulated versions. I did - and man if I couldn't soak some serious time into the never ending pruning and care of pocket monsters. Alas, no Poke-title exists for iOS. It's a platform that fits inside my pocket - I mean come on, the game practically is practically half reality already. Enter Mino Monsters - in a similar pedigree to many iOS games, it shamelessly borrows concepts from IP you recognize and love, and I can say it had a good shot and being a slam dunk. The art is good, the game play is entertaining, and the controls feel natural on a simple touch interface. Two things kill the game for me. The first is that there is some sort of order of elements that decides how the monsters fair against one another in combat. However, this is never explained, just like basically every more detailed aspect of the game. Given a game that should naturally grow in depth over time, you really need to have some type of resource that at least gives the highest level tips - "Fire beats water" - that sort of thing. The second issue reveals the more sinister aspect of the iOS cash in. The "poke balls" of this game are a substance simple called "candy". At first it is abundant, but then suddenly ceases to exist. Purchasing candy is actually quite expensive, and you can't get an unlimited supply - it will eventually run out. This is where I think most iOS freemium developers have it wrong. This isn't WoW. You aren't going to keep updating the content, I know better. So played the "trial", I liked it. Let me pay you a few bucks and we'll both be happy. If you instead create a scarcity of resources that rapidly ruins the fun of the game... bummer. Guess you get zero dollars instead. 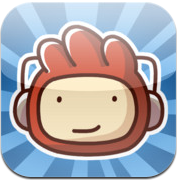 I've been intrigued by write ups about the Scribblenauts games of old, and agent86 has also extolled their virtues. When this game was first released at around $4.99 I was interested, but probably too busy with something else, and a little wary of the price tag. Over the holidays they dropped the price, and it became a must buy. I was not disappointed. The game has an amazing premise - you think it, you write it, it exists. If you try hard you can think of words it doesn't know, it doesn't allow profanity or vulgarity, and not everything comes out just as you imagined it. Even still, the levels are quite fun to figure out, and the sandbox area is plenty of fun for just killing time. With a young almost reader in my house, I'm also intrigued by the learning opportunities of the game once she's old enough to give it a try. You have to use logic and imagination, but in one of the least constraining ways possible. This game is a gem - buy it before the price goes up. 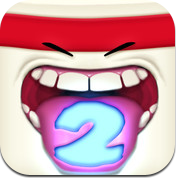 This one showed up on a top 25 list somewhere, so I thought I'd check it out. I could see how it would appeal to the Angry Birds crowd, but I honestly don't care for it much. In the game you play as a piece of To-Fu stuck to a wall, that can stretch and hurtle yourself toward a magic fortune cookie that is essentially, the victory condition. As levels progress, you need to deal with different traps, and surfaces with additional physics properties. The developers certainly didn't wimp out on levels. You could spend a lot of time going through them all and trying to perfect your paths and get all of the pickups. Unfortunately, I found the "Bust-a-Move" style point and shoot very difficult to aim precisely on my iPhone 4S. As such, I more often went headlong into deathspikes, rather than the safe wall just next to them that I was targeting. Many challenges require multiple pinpoint shots, so you do the math. The game is free, and has some fun aspects so I can't knock it too much - but it was time to move on less I smash my phone in frustration. 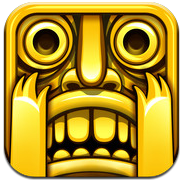 Towards the tale end of my holiday, I picked this game up expecting to be underwhelmed. The game is pretty up front about being a survival challenge, where you run until you die. I was not thrilled at the concept, but with good reviews and a high ranking on the App Store top 25, I said "what the heck". A great decision. The game has the perfect kind of "pick up and play" gameplay that fits so well on a portable device. At the same time there are power ups, unlockables, and achievements that incent you to keeping "trying just one more time". After a good few hours and unlocking a decent number of power ups I'm still enjoying the running, jumping, and sliding. Pick this one up, for the price you can't go wrong. 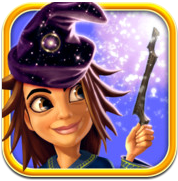 This unapologetic Harry Potter clone actually has a lot of redeeming qualities. Despite the impersonation of familiar IP, the game involves light dungeon crawling, gear manipulation, and resource farming mixed with a spell creation minigame. There is a lot here. Unfortunately, the game suffers from the same "freemium" pitfalls as Mino Monsters. The damage is not to such a great extent - the game is still playable for a long time without monetizing headaches, so at least there is that. However, it eventually breaks down to "pay me to buy better gear" until you unlock better gear, which you'll also have to pay for. Perhaps I'm just to old school for these new financial models, but I'd rather just pay a few bucks and get to enjoy unlocking or finding rare gear myself. Even though I could pay $50 and unlock every item and feed all of my ravenously hungry pets, that would essentially kill the fun of the game for me. Guess these guys get zero dollars too. Too bad, because they definitely invested some time in this one.