How long is the Clash of Clans Personal Break?

The May 2013 Patch of Clash of Clans mentions "Personal breaks enforced for players who stay continuously in-game for very long periods of time". If you are new to the game, or possibly even for some veterans, this release note might seem a little cryptic. No worries though, we'll break it down for you. 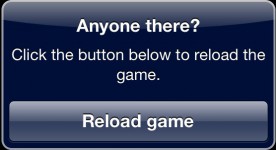 If you've played Clash of Clans long enough to get into the higher ranks, you may have already figured out that the game has a built in Inactivity Timer set at 5 minutes. If you use the standard lock screen timeout on your device you may never see this message, but during marathon clashing sessions it is helpful to turnoff your devices timeout and a lot of clashers do. This is because it is impossible to attack someone in Clash of Clans if they are currently actively in game. 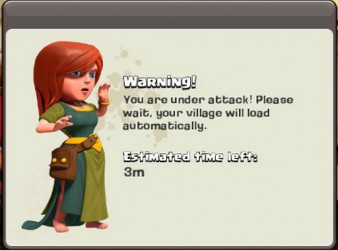 If you've ever seen this message, you also know that once someone is attacking you, you can't access your village until they are done pillaging your valuables. Whether by choice, or by technical limitation, SuperCell has decided that only one person can be in a park at a time, so it is defensively advantageous to stay in your park as much as possible. In order to keep you from just turning your devices lock screen timeout off and idling forever, SuperCell added the 5 minute inactivity timer to force interaction at least once every 5 minutes.

So why the need for personal breaks?

Perhaps you have heard of jailbroken phones? Yes, well needless to say, if you have root level control of your phone then the inactivity timer does not do much to keep you from staying in the game indefinitely. Some humans have an incredible ability to play video games in one continuous marathon run, but past a certain point if someone never leaves there village a) They are definitely not physically present, playing the game b) It is highly unfair to others, who can basically never attack them. Even if a person is actually capable of playing for say 16 or 20 hours, it is not healthy to do so.

So how long is the Clash of Clans Personal Break?

Personal Break online-time limit has been reduced to 3 hours

That means you can only be online for 3 hours total before the game will kick you out so that you're vulnerable to attack. The patch notes also mention that they closed a few loopholes that used to reset the 3 hour limit, to catch people who are gaming the system.