Has-Been Heroes Review: Too Old For This

Has-Been Heroes wowed us at PAX South 2017, walking away with a total of 2 awards from us. A couple more months have passed, and Has-Been Heroes is just about to land on your favorite download services. Did Frozenbyte live up to the hype? Or is Has-Been Heroes too old for this... stuff. Find out now, in my Has-Been Heroes review!

Has-Been Heroes plays like a combination of a tactical RPG and a horde mode survival game like Plants vs Zombies. During battle, wave after wave of skeleton hordes march in from the right side of the screen, and it's up to your band of three heroes to stop them before they hack you (and a couple of defenseless princesses) to pieces. 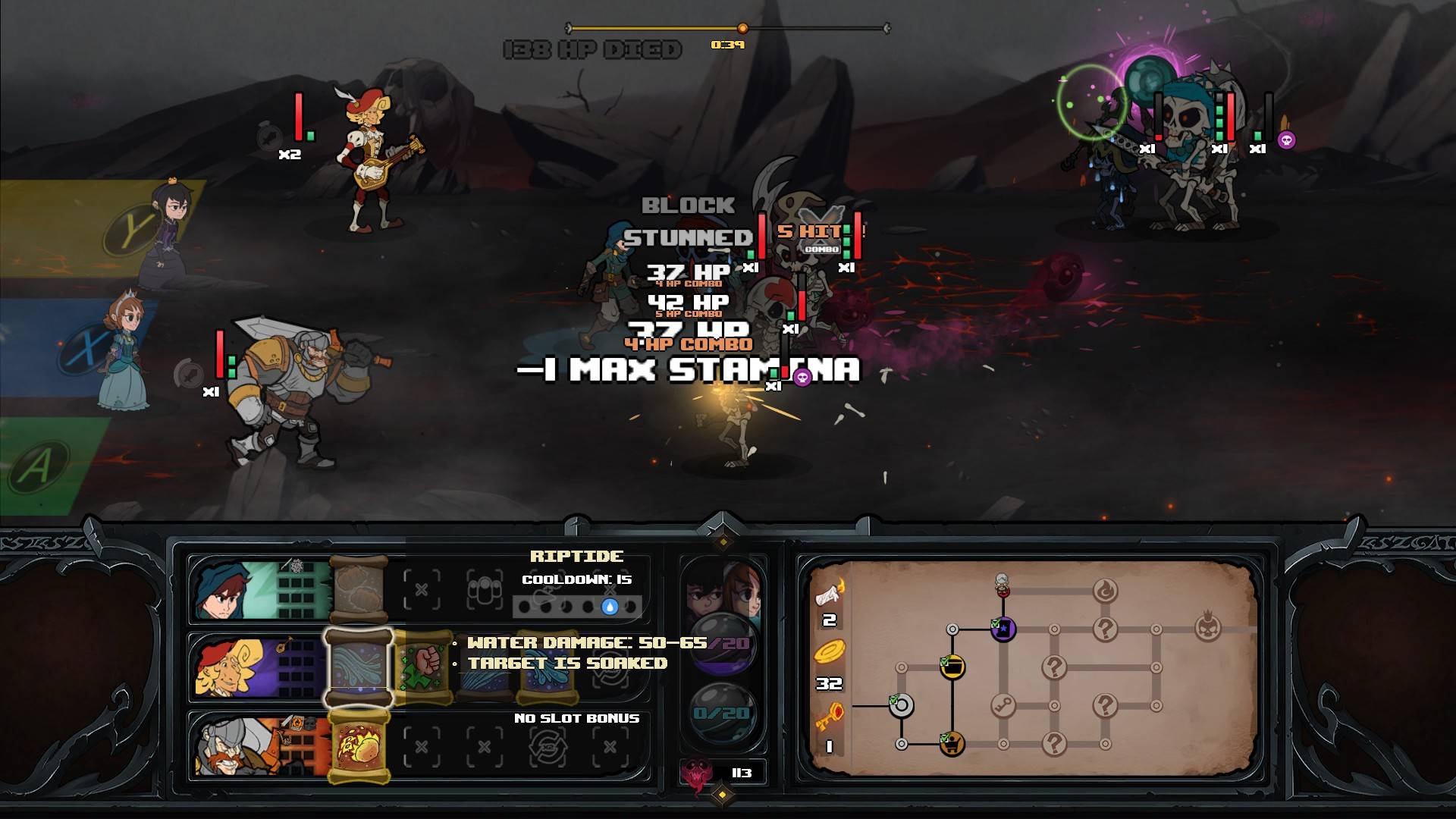 The tactical nature of the combat makes it somewhat hard to explain. Enemies have "stamina" which could also be thought of as a form of armor. Each green block of stamina can absorb one hit. Once an enemy's stamina is gone, subsequent hits deal health damage. Once one attack has breached their stamina, the stamina completely fills again.

Each of your heroes can deal a number of hits per attack, depending on their class. The default knight does one hit, but it does a lot of health damage if it isn't blocked by stamina. The speedy rogue hits three times, and does moderate damage. The mage hits twice, but is best used to reduce stamina, since he does little to no health damage per hit.

Related Video Want to skip the explanation and just watch the game instead? Here's our video review:

If you manage to completely deplete the enemy stamina and hit them for health damage on the same attack, you deal health damage but there's a penalty. What you really want to do is use an attack (or combo of attacks) to knock their stamina to exactly 0. Then, the enemy becomes stunned. The next attack does full damage plus it reduces their max stamina by one.

So, an enemy has 3 stamina. You attack with the rogue, hitting 3 times and knocking stamina to 0. Then you can attack with the knight for massive damage. But if the enemy has 4 stamina, you have to attack with both the knight AND the rogue, leaving just the mage who does just a tiny bit of health damage. But, then the enemy is knocked back and loses a stamina point for the next round. Alternatively, is it better to hit twice with the mage, and then three times with the rogue, dealing more health damage but not lowering their max stamina?

Oh wait, did I mention that there are three lanes, and heroes can only swap lanes when one of them has just attacked? So it might not be possible to optimize - the "best" enemy for your hero to attack might not be the one they can actually hit. You might just have to take whatever first hit makes the most sense, then reorganize your heroes so that the next attack set does better. 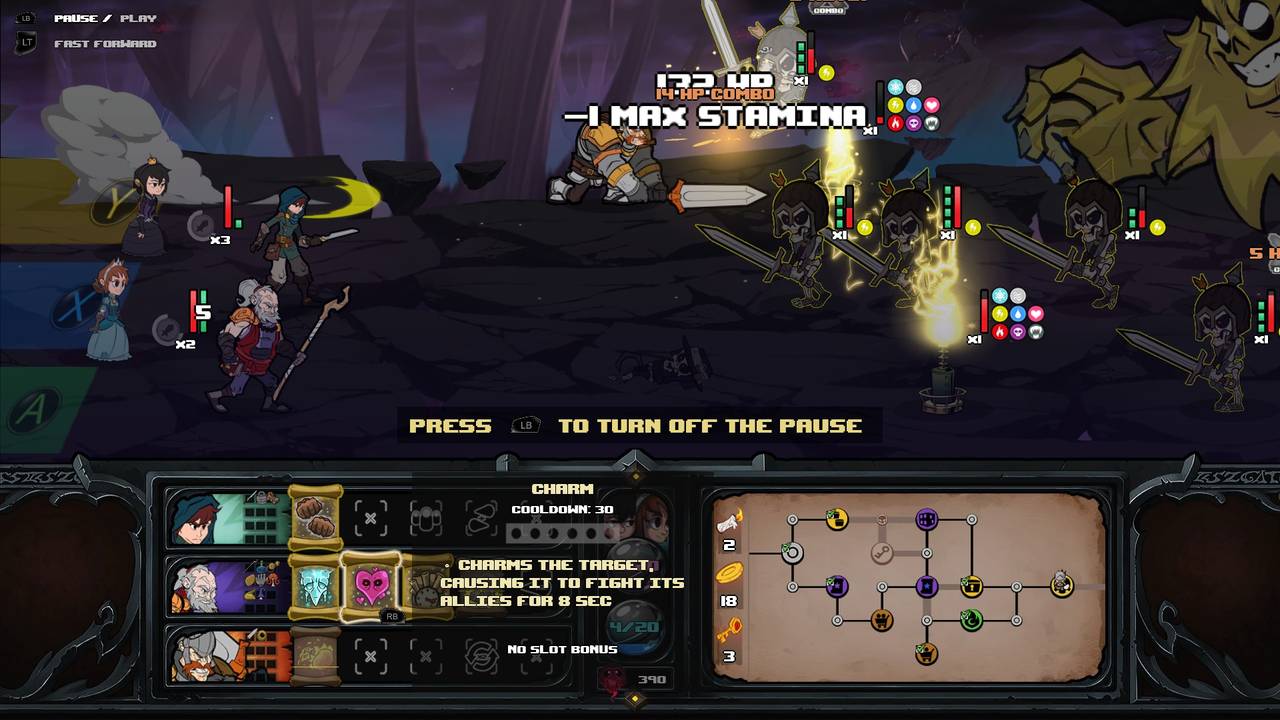 The tactical combat takes some getting used to, but it's a very deep and interesting system that rewards you for thinking ahead. Aside from a few caveats (which I'll cover later), I really enjoy playing the combat missions in Has-Been Heroes. It's very satisfying once you get the hang of it.

The rest of the game surrounding Has-Been Heroes' combat is much less complex by comparison. There's really just the thinnest of plots connecting everything together, and it has very little to do with the game or your objectives themselves. Upgrading your heroes requires gold, and generally takes the form of either new spells that provide beneficial effects in combat, or new gear that boosts stats in some way or another. 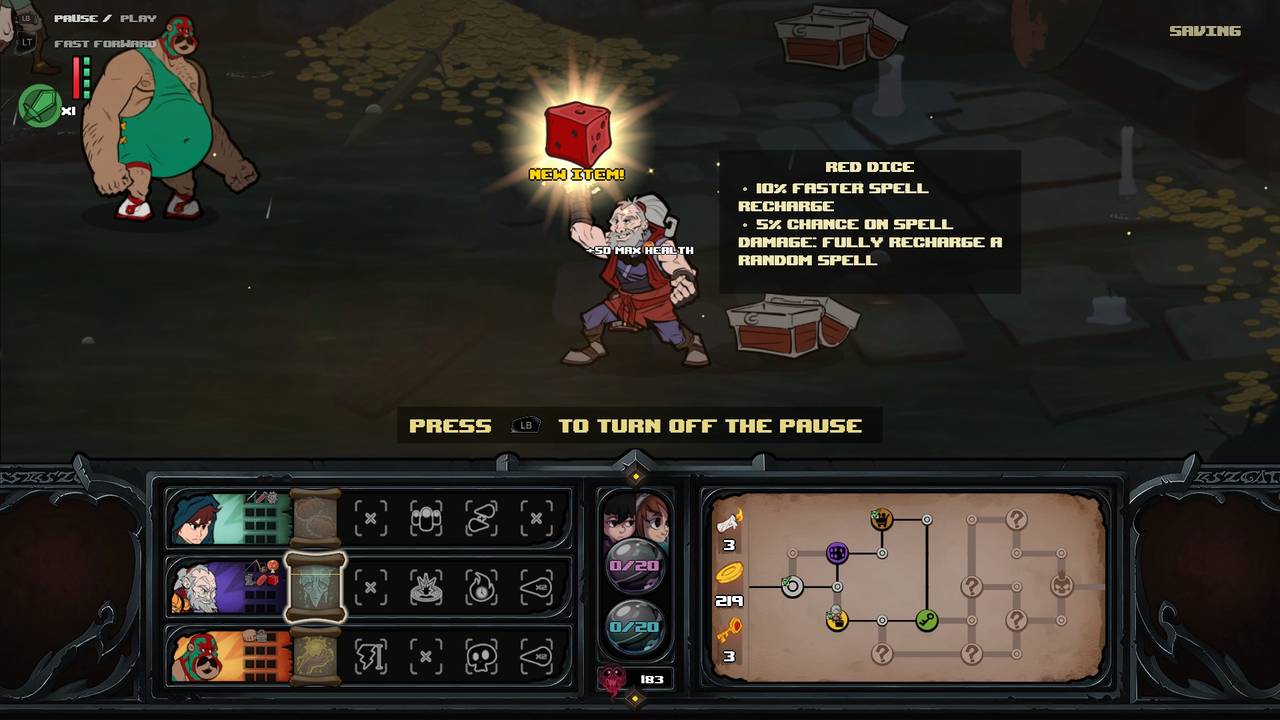 Has-Been Heroes also features a lot of roguelike/roguelike elements. If any hero dies, that's it, game over, start from the beginning again. As you play (win or lose), more gear and enemies are added to the game, a la Binding of Isaac. Navigating the map between events feels a bit like FTL - careful planning to hit every node possible maximizes your loot potential.

Most of my complaints about Has-Been Heroes stem from its train wreck of a UI.

First off, there are a lot of things that are just 100% unexplained and which I had to learn through trial and error. For instance, Has-Been Heroes helpfully explains that each hero has a different number of hits per attack, but leaves out the fact that the mage is basically useless at dealing damage. When you unlock a new hero, there's no telling what skills/stats they have until you start a game with them in your party. 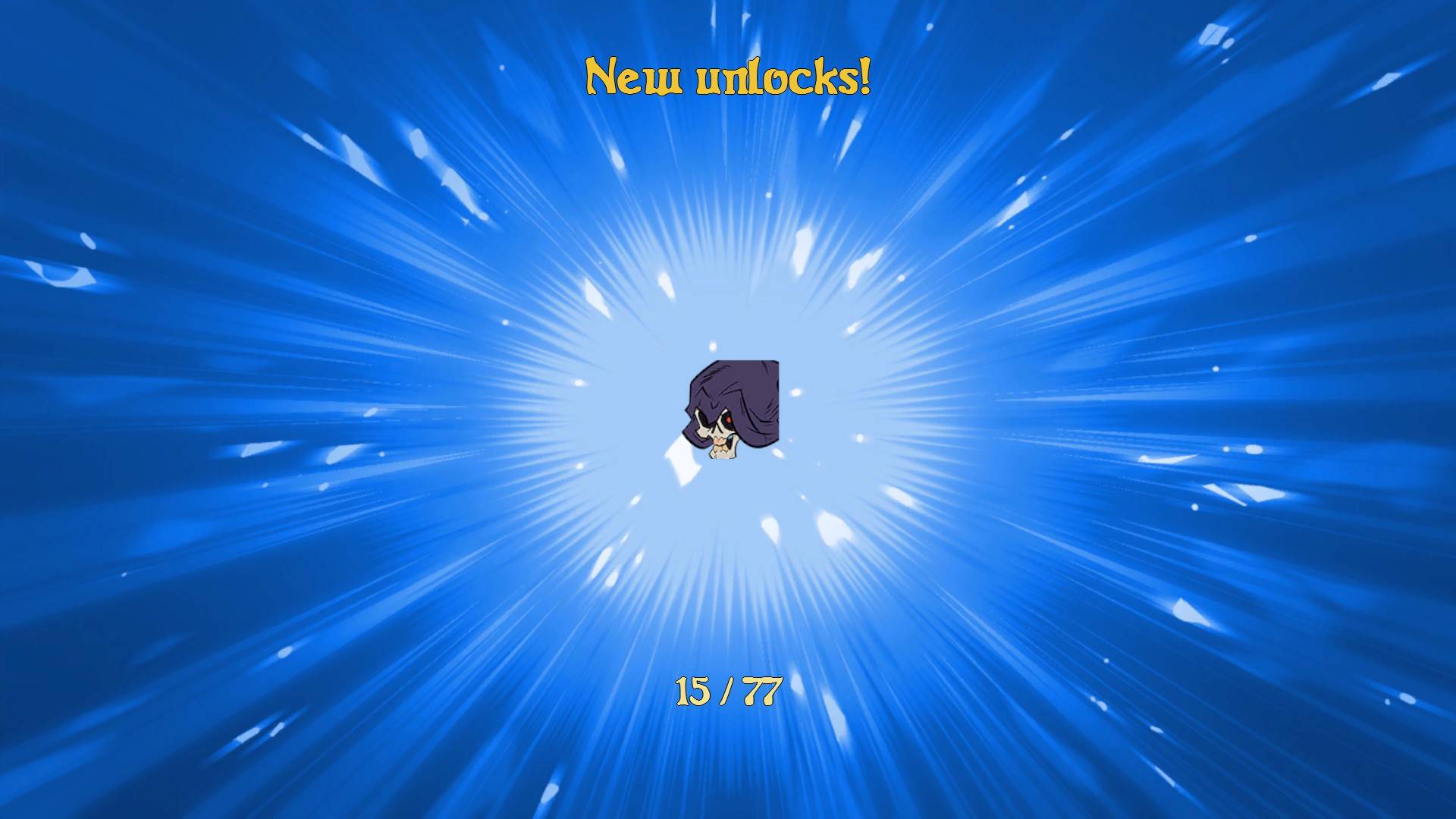 All new unlocks are added to the RNG pool but you have to pick them up at least once before the game shows you a description. Grabbing the wrong item with the wrong character can sometimes tank a whole run.

During combat, it can be very difficult to determine where enemies are and who will be attacked next. Enemies crowd and overlap in lanes, and between knockback and the huge damage text, the screen is often filled with unhelpful or misleading information.

Swapping heroes during Has-Been Heroes' battles is a major pain. You can only swap the last hero to do an attack with someone else, but you can swap as much as you want. This leads to a lot of tedious swapping to get everyone where they belong.

Heroes only stay out for a millisecond after they attack - luckily, the game pauses in this state. Unluckily, it's very easy to push the wrong button at the wrong time and make a lethal mistake. Even casting spells unpauses, so if you don't do everything in just the right order, you'll end up screwing yourself on the next wave of attacks.

Related Video Frustrated by some aspect of Has-Been Heroes? Maybe our 7 tips video will help!

I don't really have a problem with hard roguelikes, but when what I'm fighting is the UI and the RNG, the difficulty feels arbitrary rather than challenging.