Fragments of Him Review: Piecing Him Together

This year at SxSW 2016, we ran into Sassybot - a two person development team showing off Fragments of Him. Fragment of Him is a game jam concept they started at Ludum Dare 26 with Mata Haggis that they ended up deciding to make into a full game. It is an ambitious game, and while I don't think it quite hit all of the notes it was aiming for, I appreciate the multiple challenging subjects it takes on. 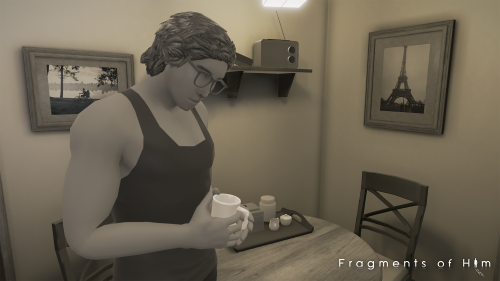 If you've watched a trailer or played the demo, you'll know by now that Fragments of Him is a retrospective story about a man name Will that dies young, and the relationships he leaves behind. Death is a tough subject, perhaps harder still to deal with in "game" format, where many players may not be accustomed to dealing with something so heavy. Immersive Narrative games (AKA "Walking Sims") come with a slew of other challenges to their credibility as games as it is, but Fragments if Him layers on yet more, with a non-traditional relationship at the heart of its tale about death and loss. As a premise, this plot is not insurmountable (and for all I know it is a true story), but the challenge of the layered topics left me feeling that I didn't have enough time to connect with and "feel" each message. I can forgive some of these shortcomings, but they did distract from a message I really wanted to receive. 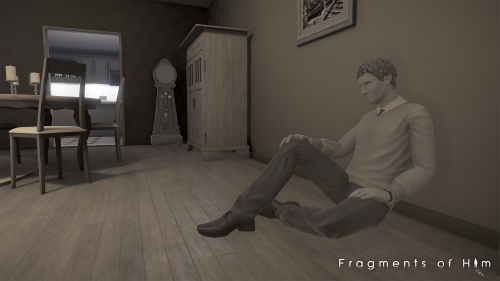 The Doldrums of Existence

Probably the biggest pitfall of Fragments of Him was the monotonous design choices that accompanied my walk with each of the characters. In order to advance the plot, I often needed to interact with nearly every object in the room - but it was frequently unclear exactly why. Sometimes the characters in the scene would say trivial things about the objects, sometimes they would say nothing at all. Sometimes a particular item would bring out an unexpectedly meaningful comment or flashback. In these moments the potential of Fragments of Him would briefly shine. Before long I'd be back to monotonous hunting for the last item in a room I needed to click, and listening to how bored the characters were with the boring memories I had triggered. I have to wonder if some of these sequences were added to increase the games duration - because I honestly think I could have gotten more out of it with a more condensed, edited plot that minimized monotony. In one particularly egregious case, and entire scene is repeated note for note. I kept expecting something different to happen, or for a new angle... but no such luck.

Fragments of Him definitely made me think, and it certainly made me appreciate the people in my life that I love and love me back. The method of storytelling is unique, and throughout the game I felt like it was on the precipice of crossing over to greatness without ever quite getting there. Whether it is based on a true story or not, I'd love to get to know the characters better, and understand the nuances of their lives and the deeper emotions that connected them all to Will. While I'm disappointed that it wasn't everything I think it could have been, there is a strong core within that will keep me watching out for what Sassybot has planned next.