Games Starter made a big splash at PAX South this year, bringing a whole slew of interesting games from Mexican independent developers. The one that really caught my attention was Flat Kingdom, which won our Best Platformer of PAX South 2016! Now that the full release is available, I circled back and played it from start to finish. Did it live up to expectations? Find out in my Flat Kingdom review. 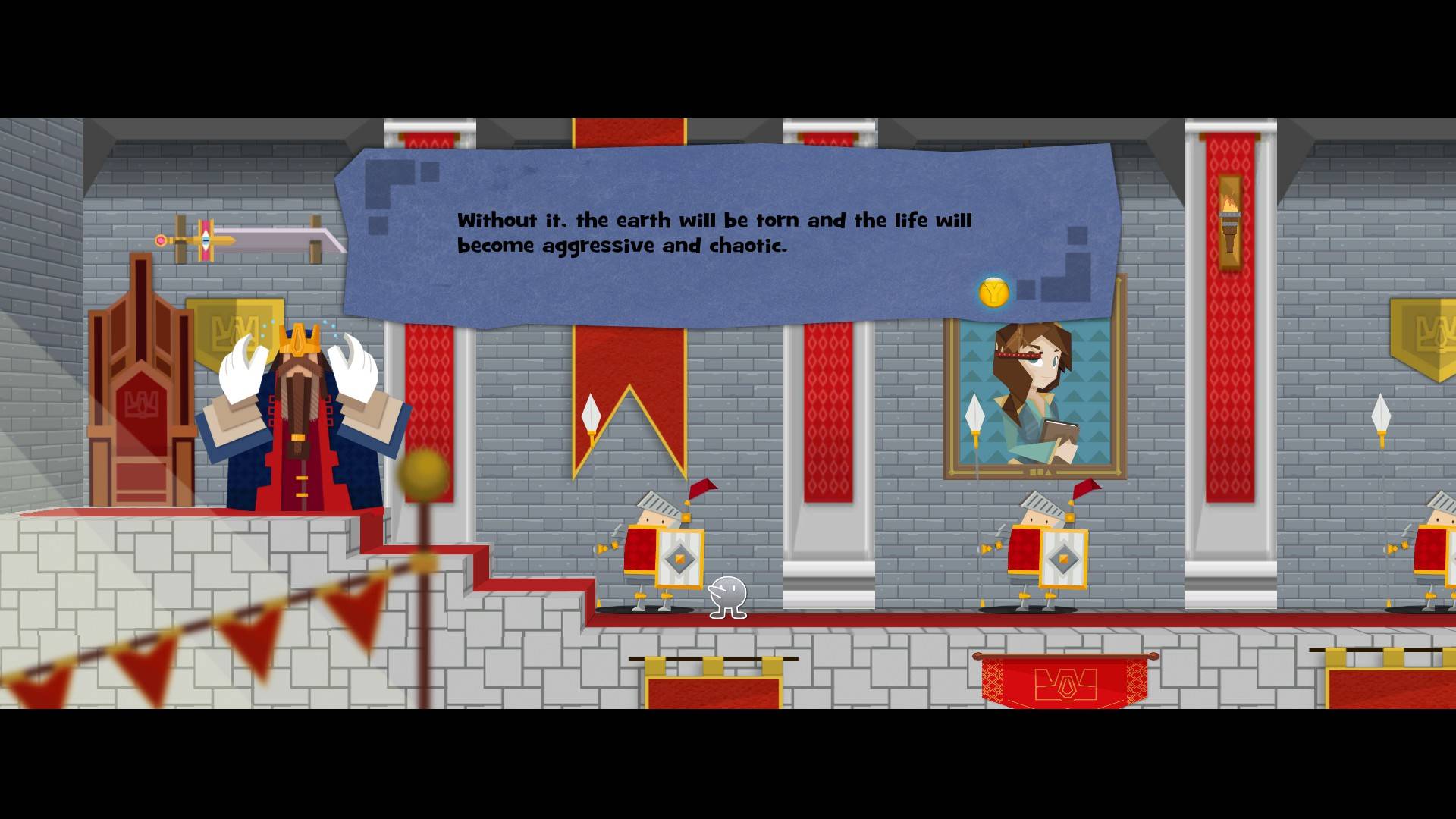 Our protagonist is "Flat" - both in name and in shape. He lives in a peaceful, two dimensional world (or "kingdom" if you will). One day, a sly fox-girl steals one of the magical crystals that keeps the kingdom peaceful and flat, and it's up to Flat to scour the land to recover the crystal and prevent the others from being stolen as well.

WOTS on YouTube We streamed Flat Kingdom when it was released - come check it out! 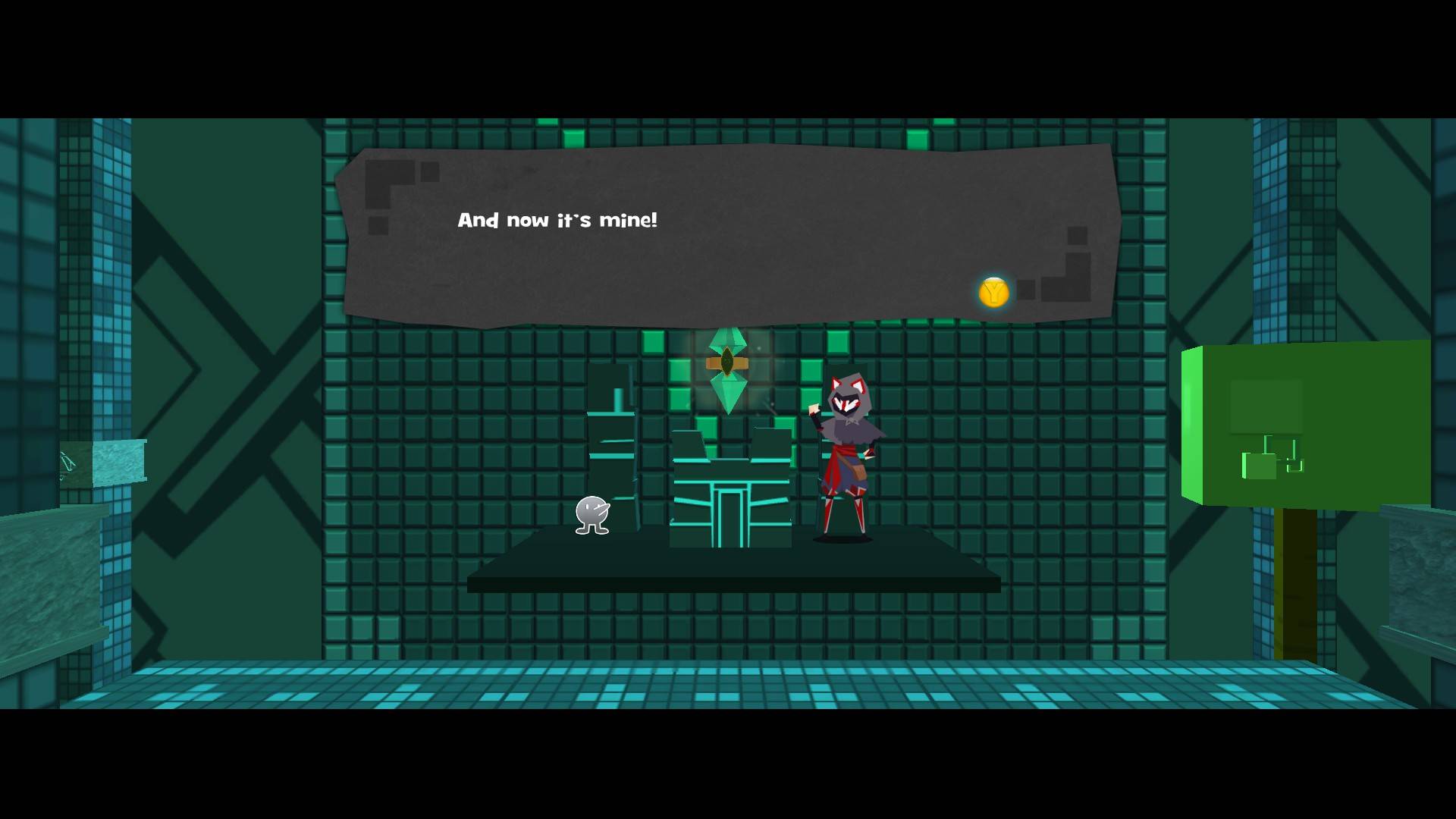 Flat Kingdom is presented mainly in a papercraft art style, with most of the enemies being two dimensional sprites and the world itself looking more like a 3D popup book. Simple geometric shapes tend to dominate the 2D art. The world of Flat Kingdom is pretty, while still conveying the danger lurking around practically every corner. 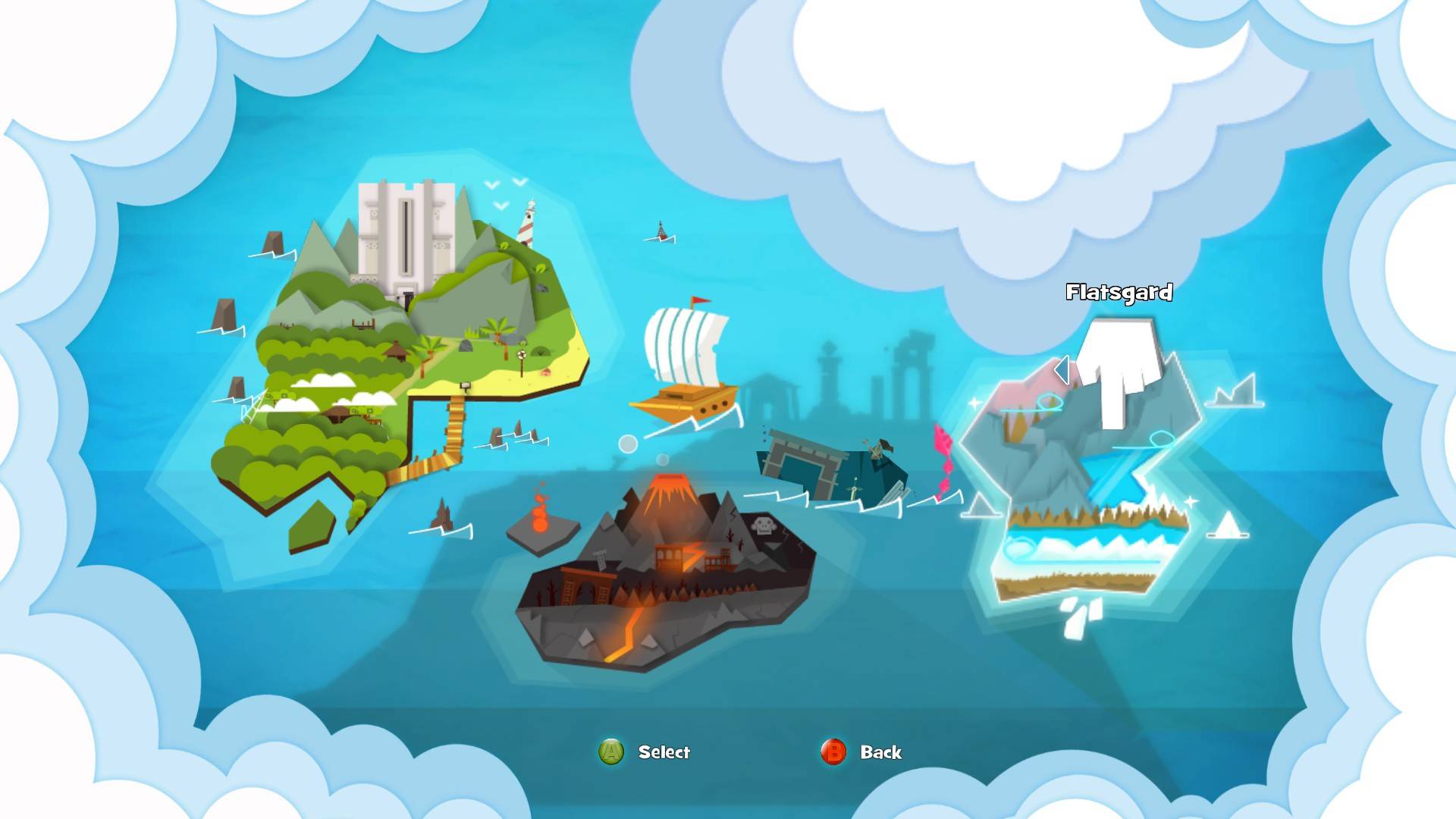 Flat Kingdom is a platformer that dabbles a bit in puzzle and metroidvania elements. Flat's got a set of shapes he can contort himself into, which represent the shapes on the face buttons of your standard PlayStation controller. If he's in the "circle" shape, he can double jump. As a "square" he's heavy and strong, able to push rocks and sink in water. His third form is "triangle," where Flat runs fast and can eventually spin himself like a throwing star.

These three shapes are used for more than their special abilities, though. Together, they allow Flat to fight foes. Circular enemies can be hurt by Flat's triangle shape, triangular enemies by his square shape, and square enemies by his circular shape. 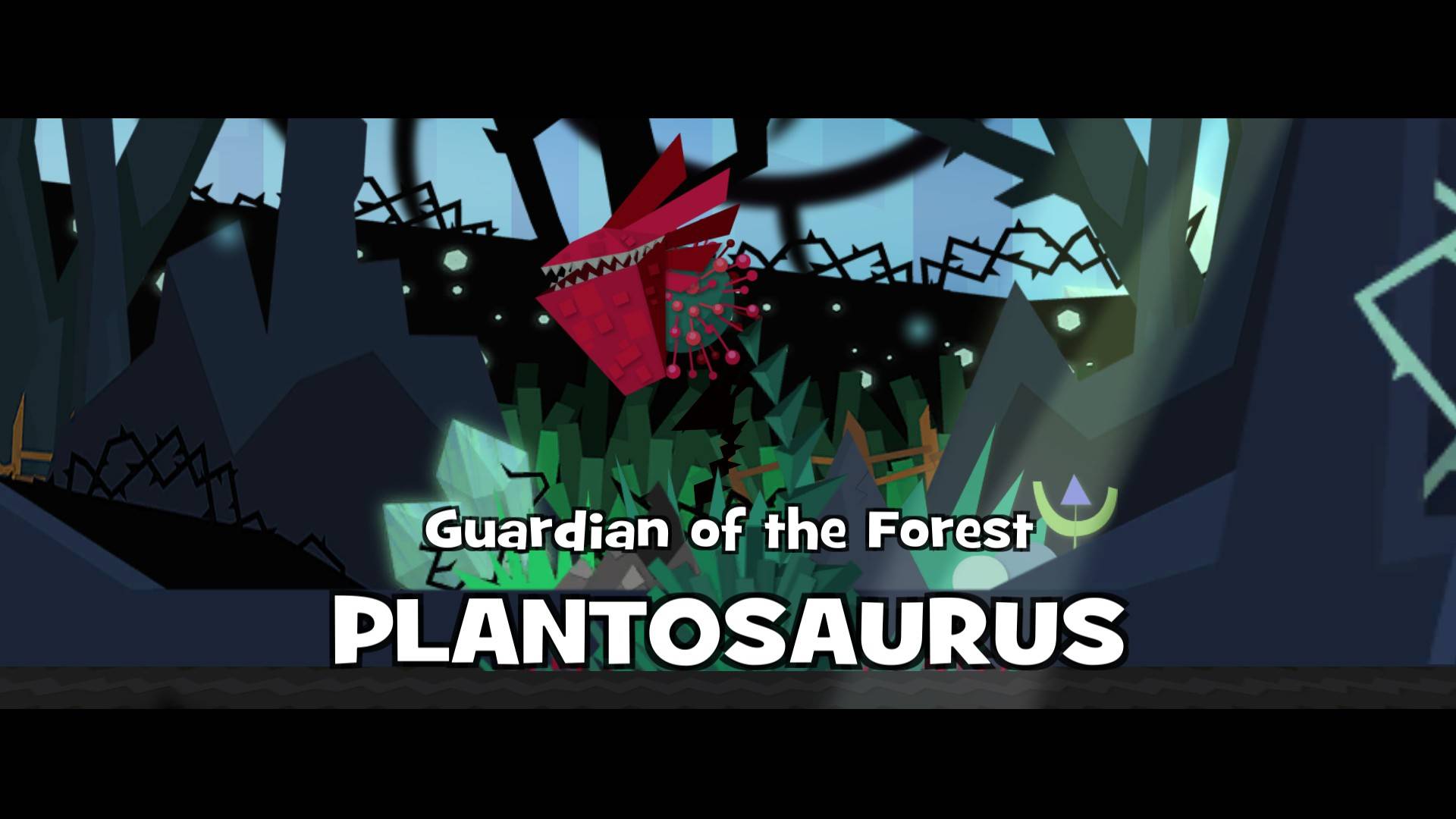 That's kind of a general rule of thumb, but one that Flat Kingdom occasionally breaks. Boss fights are one such exception to the above rules. Usually in a boss fight, you've got to evade the boss' attacks for a while, then look for an opening, figure out the correct attack to stagger it, and then hit its weak point using the proper shape.

Although I mentioned some light puzzle and metroidvania elements, the bulk of Flat Kingdom is straight-up platforming. You'll probably revisit old areas once or twice as you unlock Flat's 6 additional abilities, but for the most part be prepared for tricky jumps and outwitting enemies. It's too bad - I really had the most fun when playing with Flat's abilities and solving the game's simple puzzles, more so than sticking challenging jumps or evading enemy attacks. 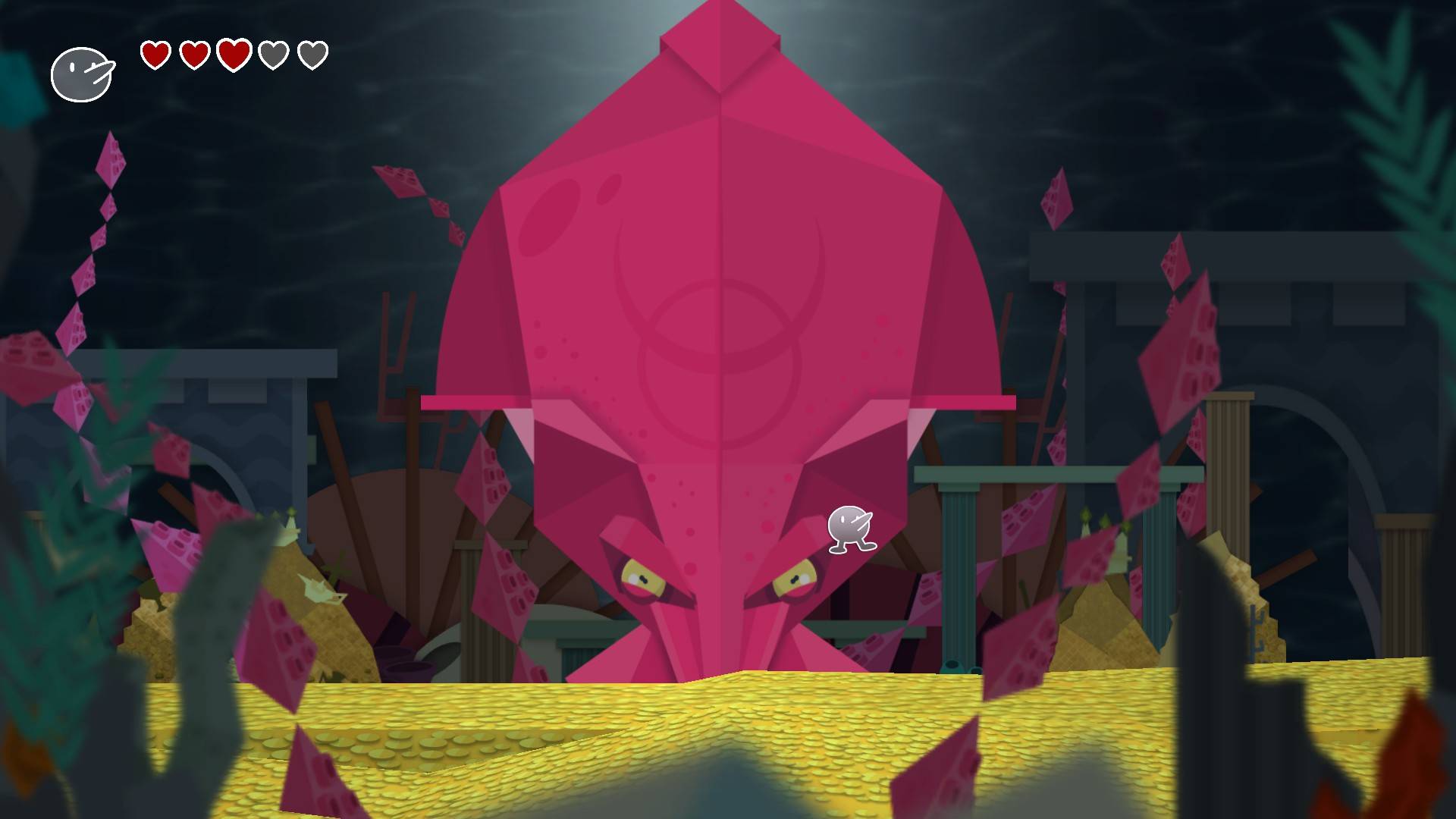 Difficulty is subjective; what I find hard may be trivial to you. However, I did end up frustrated on more than one occasion with Flat Kingdom's difficulty. There's a fair bit of trial and error involved. Dying resets you to the nearest checkpoint, which may be a good 5 minutes of lost progress. Bosses are worse, as they tend to have long attack patterns between vulnerable moments. I retried many of the bosses over and over again trying to get the jumping just right to avoid them, only to get punked at the last possible second.

I also encountered a fair number of glitches and graphical problems. One boss consistently failed to attack, and got stuck in its attack animation doing nothing on several occasions. The art is generally beautiful, but there are some textures in Flat Kingdom that are blurry or overly aliased. There are also some gaps between objects or parts of the landscape that don't quite line up right. I had a few crashes, one that was during a boss fight which forced me to replay the entire level again. All of this seems like stuff that could be patched pretty easily, but it's a shame to see a game that just needs a little more time to get the polish it needs.