If you've watched any of our streams, you'll already know that I'm a pretty big Idle Thumbs fan to the point that agent86ix sometimes refers to them as our "unofficial sponser". It should be no surpise then that when a few of the Thumbs formed Campo Santo and started working on a game called Firewatch, that I was obsessively excited to play it. I'll also briefly mention at this point that I will keep this review "spoiler free", and probably chat about plot aspects of the game in a later article - so read on without fear.. 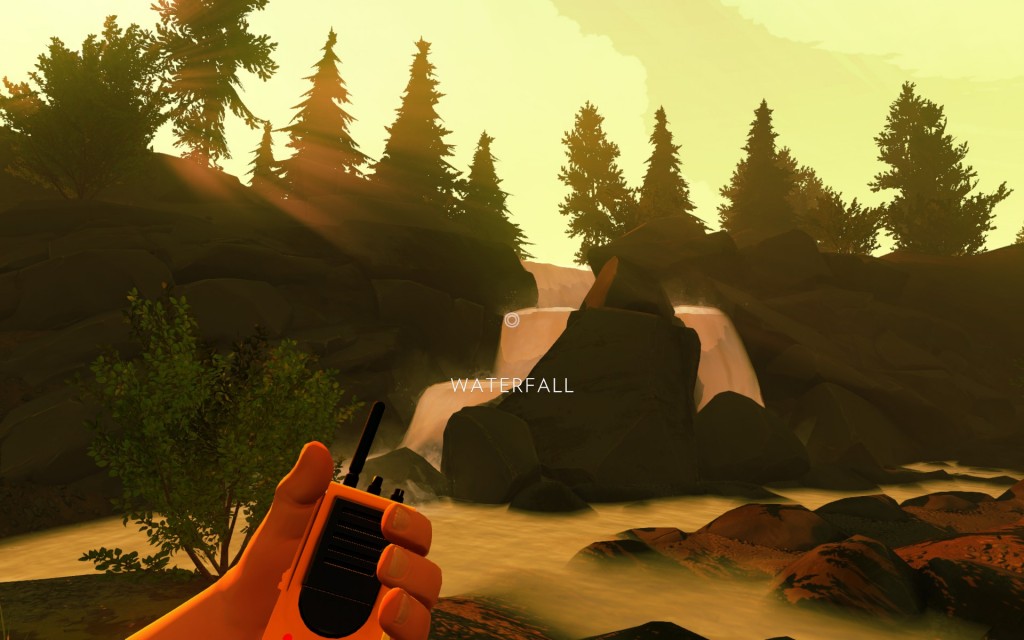 What the heck is Firewatch?

The best description I've found for Firewatch is a "walking simulator" adventure game. To those that might see "walking simulator" in a pejorative sense, Firewatch does have plenty of object and environment interaction, as well as a great deal of dialog - so it is not as stripped down as some games that fit the genre, but it is about the closest shoe that fits.

In Firewatch you play the role of a guy sent into the Wyoming wilderness to watch for... you guessed it...fires. There are other "fire watchers" out there as well, but the expanse is so great that they see pretty little of one another and instead primarily rely on forms of remote communication. This is the backdrop for one of the core game mechanics of radio communication and interaction with one of your fellow "watchers", which is the primary vehicle to advance the game's plot. 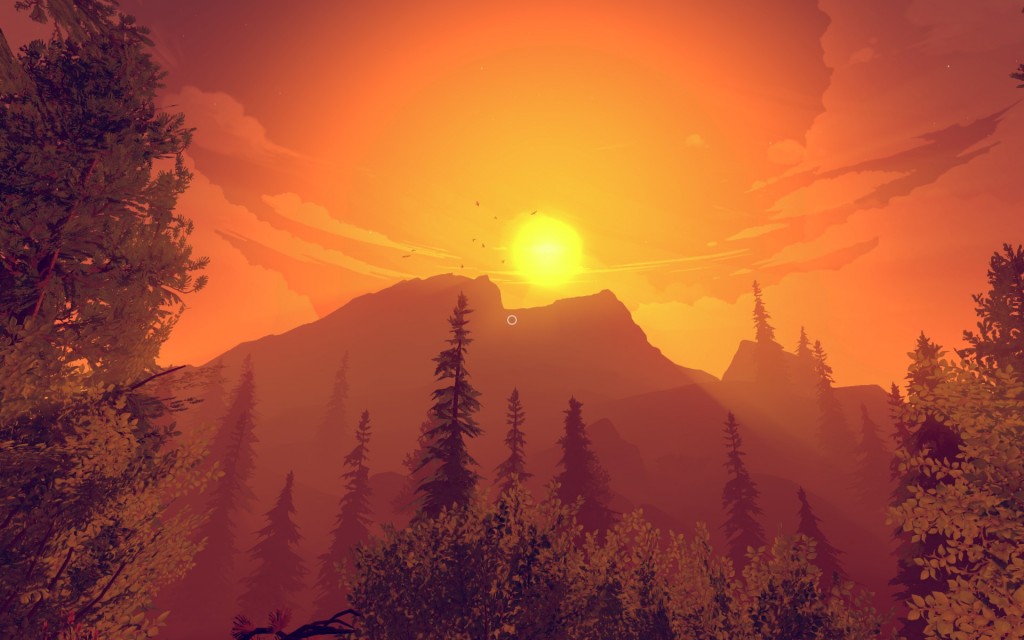 I should be careful to point out, as I mentioned on the WOTS stream that I haven't played some of the recognized "best" titles in the "walking simulator" genre - so my enthusiasm for Firewatch is partially colored by the fact that this experience is very new to me. agent86ix has long campaigned for me to try The Stanley Parable, and now its clear I'll have no choice but to make that a near term priority. No matter its pedigree, Firewatch is a damn good example of its craft, and I expect in time it will rise to be an example of the genre that is pointed to as one of the "best ever".

Given that my fan-boy alliegences to some of the developers are disclosed, I'll still say that the combined work of the Campo Santo team is what sets the game apart in my mind. I've played other games that were pretty before certainly, but they extent to which Firewatch is filled with "open world beauty" stands out in my mind. That backdrop is always there, no matter what else is happening in the game, and it caused me to sometimes shift focus and just take it in as if I was really there. I easily used the Steam screenshot functionality 20x more than I had in any previous game. Equally important to the success of the experience were the sounds, music, and dialog. These are things I couldn't quite put my finger on in my first playthrough, but they absolutely played a major role in making me feel like I was part of the story that unfolded. Finally, the plot of the game was excellent. Looked at in isolation, it would be a compelling short story, and as an acted performance between characters it would still have some of the same power - but as part of this overall experience, with all of the other elements in play, for me it is a one of a kind experience. When I look back on why I enjoyed it so much, I start to see that the exceptional experience of playing Firewatch must certainly have been the collaboration of a team of artisans that are all individually awesome. 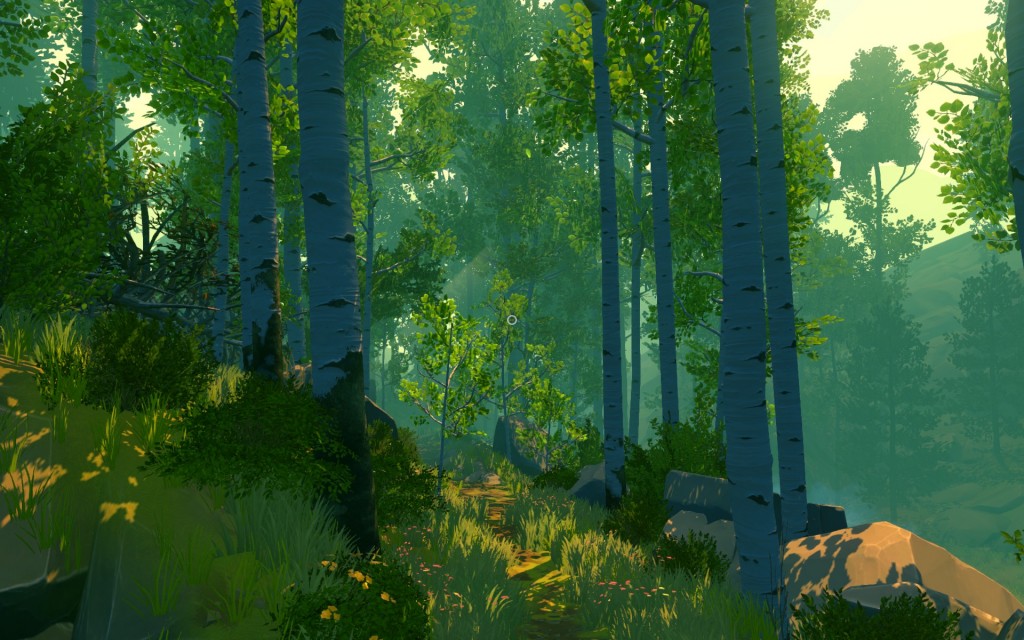 I enjoyed every aspect of Firewatch. I was more engaged with role playing of the main character than I have been in any game in a long time. The games views were breathtaking to such an extent that it was so enjoyable to traverse the Wyoming landscape and look around regardless of my objectives at any given point that sometimes I went way off the beaten path just following my map and looking around. Firewatch is fairly flexible in letting you explore in that way at your own pace. At times I would feel independant and self sufficient as I navigated the wilderness, but just as quickly I could feel the isolation or vulnerability of being all alone. The environmental sounds and music were so immersive that I was often hyper-focused on my surroundings and my objectives in a way that very few other games have made me feel.

All that said, I was in the perfect state of mind to succumb to Firewatch's charms. I'm a fan of the developers and I really don't have that much experience with "walking simulator"-style adventure games, so the whole experience was pretty new to me. If you want to enjoy your experience with it as much as I did, I'd encourage you not to read a hundred reviews of other people's takes before you just experience it and form your own opinions. It is a game I expect will be talked about for years to come (especially by me). 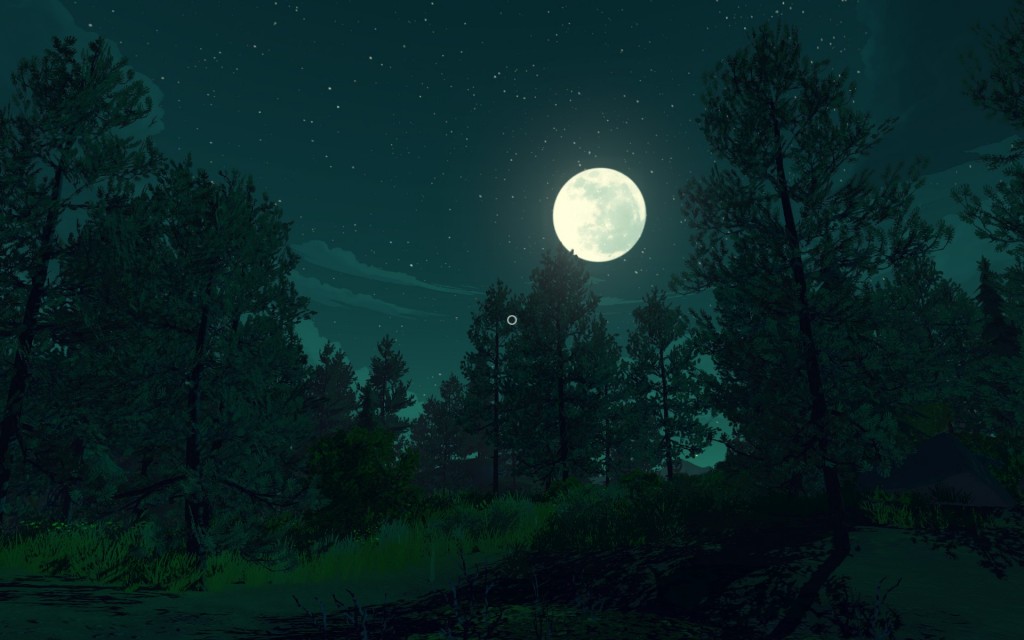