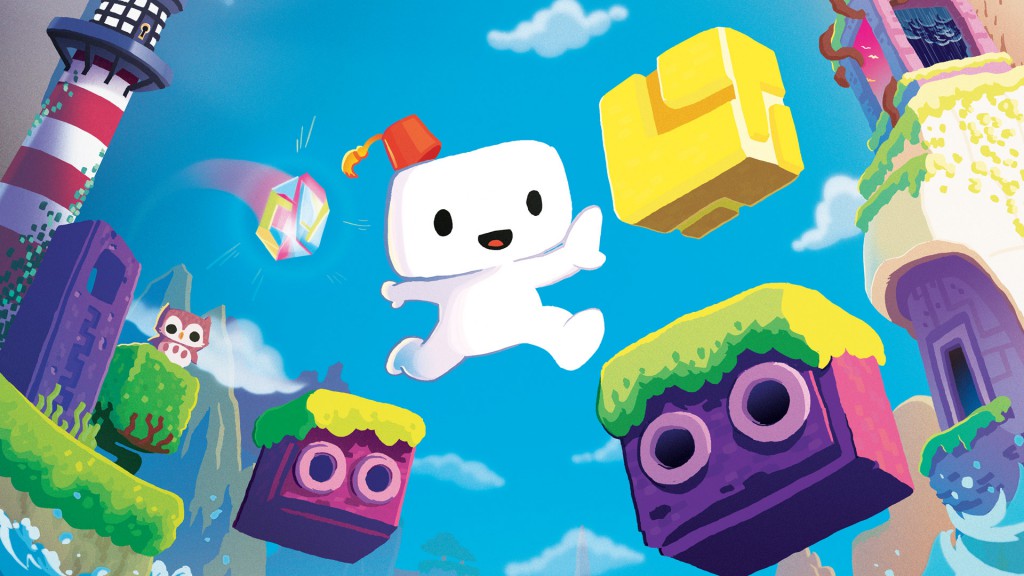 Fez is a game that I wanted to experience with a minimum of spoilers, so I read very little going into it. I'll try to do the same for you, dear reader, while still painting the broad strokes.

When Super Mario 64 was first released, it was a watershed moment for platformers, 3D games, and really gaming in general. The imprint of its camera and control scheme can be seen in many contemporary games. It's a formula that more or less dominated the gaming industry up until the release of Grand Theft Auto 3 some years later, which heralded the "Sandbox Era."

It's also got it's own unique take on the "camera control" elements. The game world is in 3D, but the protagonist (Gomez) only experiences this world from a 2D perspective. You can rotate the camera in 90 degree increments, but once that rotation is complete, the world behaves as if you were experiencing it in 2D. That is, if two blocks are arranged in such a way that they appear close from one perspective, but far apart from another, you can rotate the world so they are close together, and jump across. If there's a hole through a structure, you can stand in front of it, rotate the camera 180 degrees, and then you'll still be in the foreground, on the other side of the structure.

It's confusing at first, but quickly it becomes second nature. You learn the tricks, and in short order you're experiencing both the 3D and 2D elements of the game at the same time. The only downside is that the game seems to have issues transitioning between 2 perspectives when Gomez is in motion. I found myself having to stop moving before I switched directions in order to avoid ending up in completely the wrong spot, or falling to my death. Thankfully, death is cheap and there's only one or two segments where you are at all timed, so moving slowly is not that big of a deal. 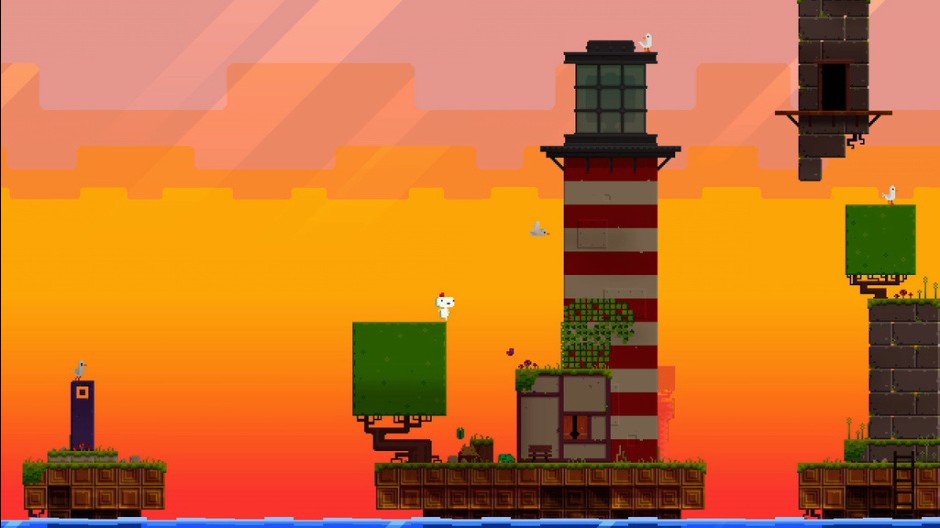 Overall, the platforming elements feel solid, but they're not without their quirks. The perspective shifting can sometimes be confusing, since it's fairly difficult to get an idea as to how the 3D "world" actually looks. Many times it's just a matter of spinning around until you can make progress again, jumping to the next platform, and then repeating the process.

It's not just jumping from platform to platform though - almost every room in the game features some kind of puzzle. Some of them are simple and will just take you a few seconds, but there are puzzles in the game that reach Myst-level proportions. You'll need to take notes, pay close attention, and do a fair bit of deep thinking in order to find everything there is to find. Most of the puzzles are clever and feel good to complete, although there are a few that ended up being just frustrating or I never would have solved had I not looked them up.

The music in this game is worth mentioning. It's very, very good. It manages to capture the 16-bit aesthetic, while adding to the mood in many situations. It's got a melancholy, mysterious vibe that's hard to put your finger on. There's not a lot of other sound in the game, but it's certainly worth it to have your volume up when you're playing.

Although there's tons of good ideas here, one of the major downsides to the game is the lack of polish. Bugs abound - it's possible to exceed the maximum number of collectibles, for instance. Sometimes when you die, you respawn in a spot that's impossible to continue from, and you'll end up dying over and over again. Once or twice, the game hard locked my Xbox.

The polish problem isn't just limited to bugs, though. There's a few bits of the game that just feel unfinished, or not properly thought through. Tutorials for things like how to open the map are completely missing, which caused me a fair bit of frustration. Some of the puzzles you must solve repeatedly (in order to return to previous locations) and this can be tiring. There's also a chance that "black holes" will spawn on a given map, which makes the platforming even tougher than it was the first time. I didn't really find this to add to my enjoyment.

When it's all said and done, Fez is an interesting, ambitious game that falls just a little short. It's got some unique platforming elements, and some challenging puzzles to solve. If it were just a bit more polished, it would easily be a Bastion-level "legendary" Xbox Live Arcade game. It's still really good, but I'd almost suggest waiting around for the (probably guaranteed) PC port, when hopefully they can release an updated version with some of the issues fixed.