Destiny is a game that encourages a lot of grinding. Grind for XP, grind for faction rep, grind for quests, grind for resources, and grind for loot. Over time, I've developed my favorite spots for grinding on each of Destiny's maps. In this farming guide for Destiny, I'll share my general farming tips and tricks, as well as some targeted advice for each area. 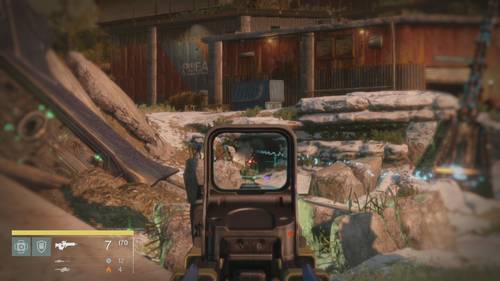 A lot of folks (myself included) used to farm the "loot caves" that were scattered around Earth. These have been heavily nerf'ed, but they're still a decent source of enemies in some cases. The general principle is to stay far enough away that the enemies spawn, but then shoot them a whole bunch while they're all bottlenecked before they exit the cave. I'm not going to cover any loot caves in this guide, since Bungie's kind of on an anti-loot-cave bender at the moment.

If you're getting kills to farm engrams, know that it doesn't seem to matter how hard the enemy is, or even what the enemy's level is. You can earn level 20 legendary engrams from level 1 Shanks. It's more about how fast you kill enemies than it is what enemies you kill.

If you're farming for resources (ie, Spinmetal, Relic Iron), these items have fixed spawn locations. They also respawn in an area even if you stay in the area. There's no need to move between areas, they'll just respawn on their own.

Chests usually contain a couple of these resources, plus perhaps an engram and some glimmer. They're not the greatest source of loot, but everything helps if you've got a lot of them to grind. Like the resources, these respawn even if you stay in the same area and check their spawn locations over and over.

Generally you're going to do most of your farming while on each planet's Patrol mission, so let's talk a bit about Patrol.

You might as well do missions while on Patrol, so that you can make the most of your farming time.

Each area spawns a set of random missions, and these missions don't respawn until all of the missions in an area have been cleared. No doubt some of these missions are going to be ones you want to do, and some are pointless wastes of time. If you want to skip missions just so you can clear an area and get more to spawn, pick up the unwanted missions and then abort them. (You abort a mission by going into Nav Mode and then holding the "go to orbit" button.)

There are two types of mission that go well with farming. One is the "collect items bad guys drop" mission, which is represented by a triangle as its mission icon. The other is a "kill copious amounts of trash mobs" mission. This one's icon looks like an X made out of a square with some triangles pointing towards it.

The other missions want you to go to some place (usually far away from where you are now) and scan some object or stand in some location for a while. They tend to take you out of the action for a while, and so I tend to skip them whenever I can.

My favorite spot to farm while playing Destiny on Earth is the Rocketyard.

To get to the Rocketyard, from the spot you spawn on Earth, fight through the building on your right. (This area is where you fight the first boss and get the warp drive.) You'll arrive at the Divide. 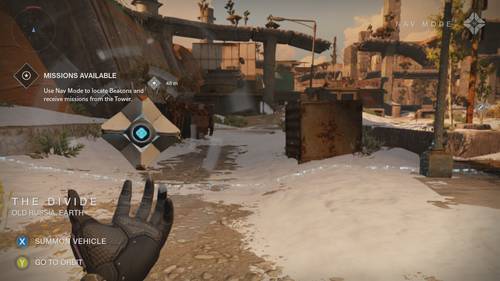 From here, go across the open area and through another small tunnel to get to the Rocketyard. 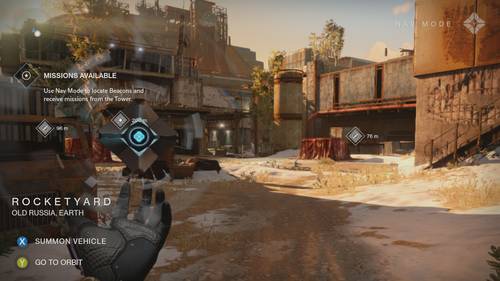 I like the Rocketyard because there are several sets of Fallen and Hive enemies that spawn and fight constantly here. The spawn timers are short, and the enemies are all very easy. There are a few Knights, but for the most part there are just Acolytes, Dregs, and Vandals.

In one of the corners there are several stronger Fallen enemies that can be farmed for bounty quests that want you to kill Fallen Majors or Ultras.

Occasionally Fallen Walkers will provide a public event. Since Walkers are also the subject of more than a few bounties, this is an advantage as well.

When I'm playing Destiny to farm on the Moon, I tend to farm Archer's Line. 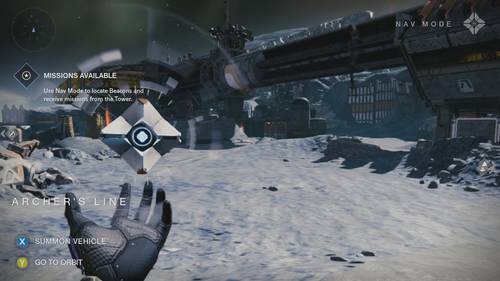 Archer's Line is the very first area you come to when you start a Patrol on the Moon. It's easy to find and quick to get to.

I like it because I can get started quickly, and there's a large area to work with. If I need to get Fallen kills, especially if they're precision kills or kills without taking damage, there are a lot of enemies to snipe here. Helium Coils are abundant - check around the outside rim of this area and you'll find lots. The caves in the central region often have chests as well.

If you need Hive kills, especially Majors or Ultras, you can climb the ridge across from the spawn, head through the dome, and you'll come to a location where two Knights are. These guys are easy to kill. You can continue down the hill past these Knights to go further into Hive territory, which can be useful if you're just after Hive kills.

If I hop to Venus for some Destiny farming, I'll usually make the trek to Ishtar Commons.

To get here, from the spawn point take the right fork. Follow the path around until you see some Fallen guarding a set of stairs between a couple of buildings. 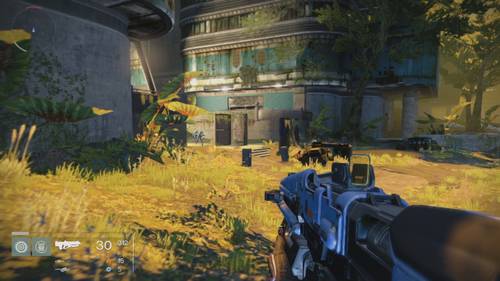 Take the stairs through a tunnel to Ishtar Academy. Proceed through this zone and another tunnel to get to the Commons. 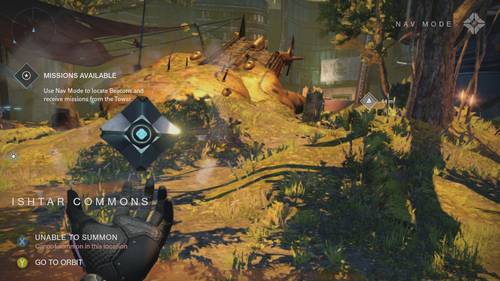 Ishtar Commons is one of my favorite farm spots, especially if I need to kill Fallen or Vex. Here there is a constant battle between a large group of Dregs and Goblins. A few supporting troops line the outer perimeter. All of these guys are easy to trash, and they're constantly spawning. There's one Captain here who is inside one of the buildings, but other than that most of these guys go down so fast it's not even funny.

Between waves, take a trip around the outside of the area to find more Spirit Bloom than you can reasonably carry. There are a couple of rooms where the Vex spawn that you can find chests in, if you're so inclined.

Sometimes an event starts here where a bunch of elite troops will spawn instead of the standard Dregs vs Goblins. They will clash for a while and then they abruptly disappear. If they're too much for you, just hide out near the entrance to the Commons. Nothing much spawns over there.

Honestly, I don't play Mars much when I play Destiny. The Cabal aren't popular bounty targets so far, but perhaps that will change. At any rate, if I'm on Mars I'm probably at the Hollows. 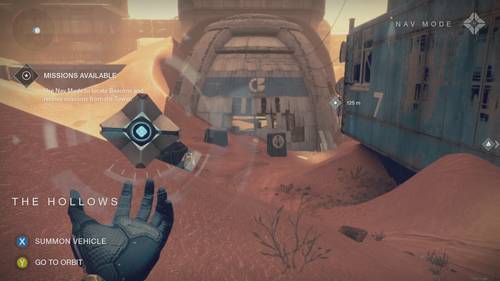 The Hollows is a straight shot from the spawn, through a short tunnel.

Here you can find several elite Cabal troops, along with a smattering of practically every type of Cabal troop there is. Check inside the buildings and you can find more of them. There's not a lot of Vex here, but honestly if you want to fight Vex you're better off at Ishtar Commons on Venus.

As before, scouting around the edges of the area to find chests and spawn points for Relic Iron.

So that's where I grind and/or farm when I'm playing Destiny. Are there better spots? Possibly. Do you know them? Also a possibility. Why not chime in in the comments and tell me the farming tricks you use?