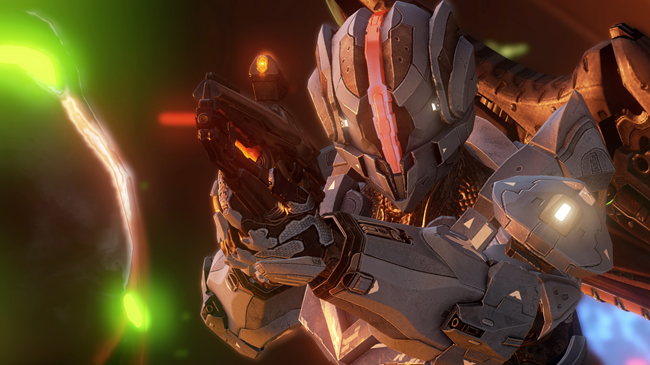 Did you do all the hard work to unlock the "Dedicated to Crimson" Acheivement, and find that it is not working? I recently completed all Chapters in the first 5 Episodes, and instead of the pleasent sound of an acheivement unlocking I received instead the uncomfortable void of non-acheiving silence. After discussing with agent86 we actually have both experienced this glitch. The common thread is that we both have been playing Spartan Ops almost exclusively via Matchmaking since we found out it was such an XP profit pool. I shuddered at the thought of having to replay every chapter to figure out which one I did not get credit for.

Luckily, the solution is really easy in this case. Simply start any Chapter solo, on any difficulty, and then play through to the end. I personally chose Chapter 1 Episode 1 on Easy, since the "comp stomp" in that level is to my liking. Low an behold, 10 minutes later the cheavo was mine. Viva los cheavos!