There's a number of ways to get Command Points in Marvel Puzzle Quest. Some of the major ones are: 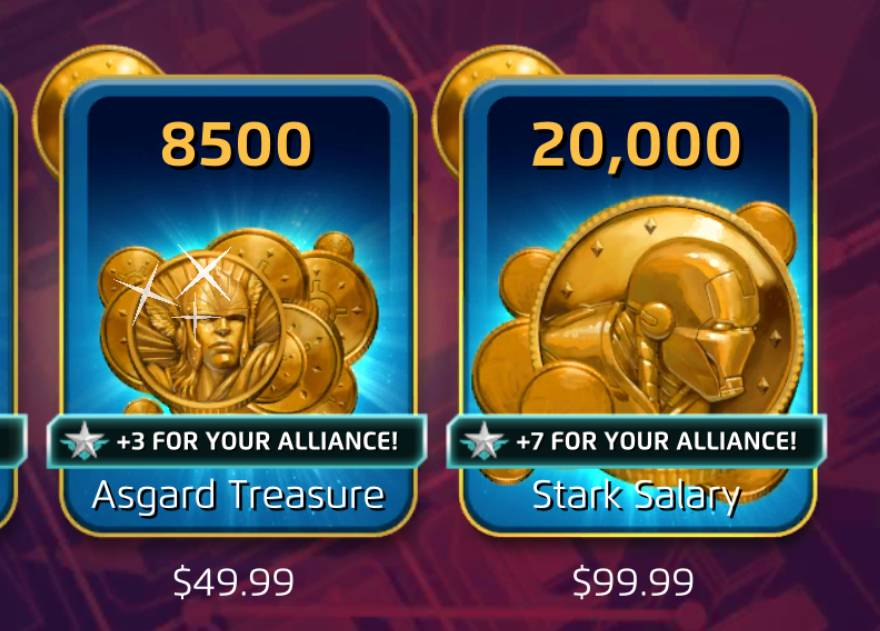 Command Points are the only currency in Marvel Puzzle Quest that you can't purchase directly. Well, kinda... you do get small Command Point bonuses for you and your alliance when you spend money on VIP plus larger packs of ISO-8 or Hero Points. On the one hand, if you're in an alliance with 20 people and you purchase something that gives everyone +7 Command Points, that's 140 CP in one go! However, very little of it actually goes to you, so this is a terribly inefficient way of getting Command Points.

Pro Tip Whatever your chosen method is, if you're playing for CP, make sure you max out your SHIELD Clearance Rank. It does not affect the difficulty of the matches you have to play, but it does increase the rewards.

Pro Tip Generally you're going to need to average around 10,000 points per day in order to get the top prize in a MPQ PvE event. The points increase on later days, so don't sweat it too much if you fall a few thousand short on your first day. However, it is really hard to hit that top tier milestone without all three required characters plus clearing every node 4-6+ times, until it's worthless.

Placement rewards in Marvel Puzzle Quest's PvE can also award Command Points, but they're typically hard to get. The more you play and win, the harder brackets you're likely to be matched into. That, coupled with the low number of CP gained and the difficult grind to get there means that it's not going to be your primary source of Command Points unless you're truly a hardcore MPQ'er.

On the later nodes each day, one of the random rewards tends to be 1 CP. It may not look like much, but considering you can earn 3-4 CP this way daily, it can make an excellent addition to your Command Point total. If you're grinding the nodes to get points towards the progression rewards, chances are you'll end up with it anyhow.

PvP ("Versus") events also award CP for both progression and placement. I don't know about you, but I find it very difficult to push up and hold a leaderboard position in PvP. If you're really hardcore into MPQ, maybe you can spend cash on shielding and keep your score longer, but for me I spend most of my Hero Points on new slots instead.

That said, it's still totally doable to earn Command Points from PvP even for the casual player. What you want to do is target 575 points. I will tend to start the PvP event as early as possible, but then ignore it for at least the first day. Other players will duke it out for the top of the leaderboards, and then I can use their high scores as a leg up to get my progression rewards in as few matches as possible.

The timing somewhat varies depending on how busy my PvP bracket is. Usually by the last day, if I'm low on the leaderboard, winning a match will award me around 60 points towards progression. Then I only have to play 10-15 matches to get my CP reward!

There's only really a few ways to spend Command Points in Marvel Puzzle Quest. You can open a "Classic Legends" pack for 20, a "Latest Legends" pack for 25, or you can spend them to upgrade a 3-star or higher heroes' cover level by 1.

Pro Tip Before you spend, consider stockpiling! Command Points never go bad, whereas if you pull an awesome 4- or 5-star cover and can't make room for it within 2 weeks, you'll lose it! If you've got a backlog of new characters to roster, consider just holding onto your CP for a while. 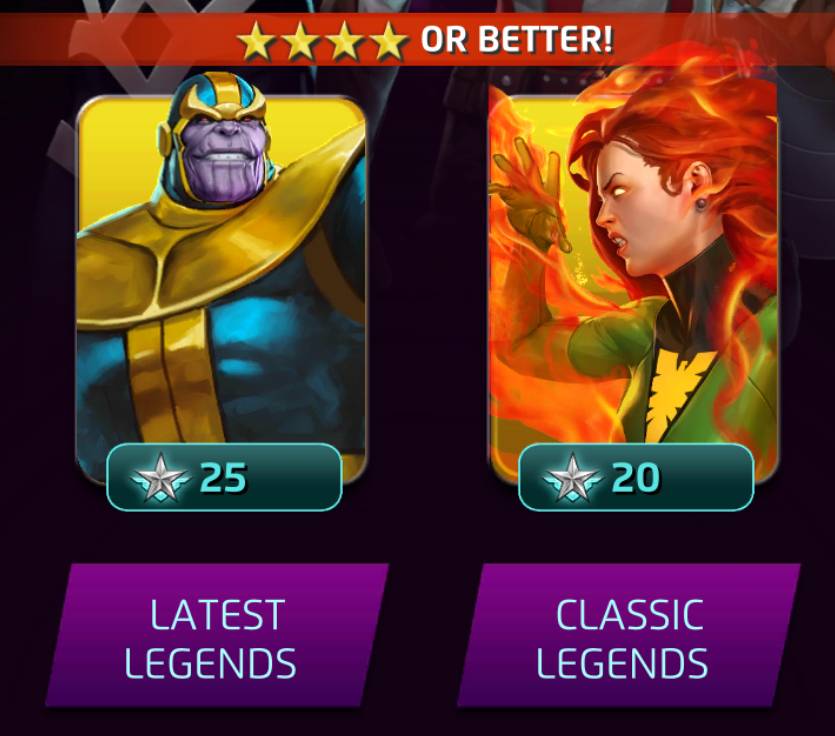 If you're going for 4-star or 5-star covers, the "Classic Legends" pack is the way to go. Honestly, I always open Classic Legends. The Latest Legends pack is a sucker's bet - it's very likely to give you the same 4-star cover you'd get out of Classic, but it costs 5 points more. Yes, there are always going to be certain covers you can only get from Latest Legends, but if you're patient, they'll make their way down to Classic eventually. The only reason to open Latest Legends is if you're hardcore into MPQ and have all but the very latest 5-star heroes.

The other option is to increase a 3-star or higher hero's cover level by one. At 4 or 5-star prices, this is total insanity. Unless you just really really need one specific cover, it's a total ripoff. Chances are good you will want/need multiple 4- or 5-star covers at the same time. Three star covers tend to be common enough that you'll eventually get the one you need, so most of the time trading a guaranteed 4-star cover (that 20 CP could be a "Classic Legends" pull instead) for a specific 3-star cover is a bad deal.

Pro Tip There's one instance where I will spend 20 Command Points to get a 3-star cover. If I've got a hero to 12 out of 13 covers, and I've got a spare cover I can't use already (since they're 5 in that color), I will consider using the 20 CP to max them out. Then I can turn them into a Champion, and use the spare cover I didn't need before to level them up and get the Legendary Token. You're basically spending 20 Command Points to get a 25 Command Point token, although if you had patience you'd eventually get it anyhow.