Clash Royale Deck Building is an engrossing topic, and one that we no doubt will spend many articles dissecting - but before you can get into the deeper aspects of which exact cards to farm and upgrade, there are some basics you need to understand. 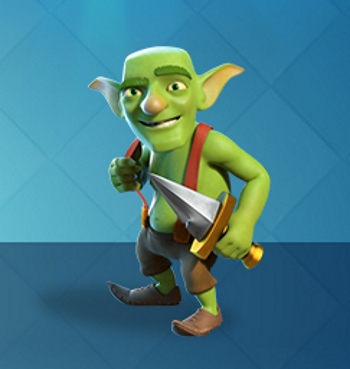 You've probably noticed by now that Clash Royale Cards each have a unique Elixir cost. What's less obvious though is how this cost affects a Deck build. Expensive Cards of course take longer to cast, but also have the effect of getting "stuck" in your hand as you are forced to make quick decisions and often use cheaper troops to react to your opponents actions. In contrast, cheap Cards are often in and out of your hand quickly, which keeps new options coming through your hand frequently and also means that same cheap Card can get cast again and again more often than the expensive one. This is called Cycling, and the faster your Deck cycles the more nimble you can be to respond to offensive and defensive opportunities. A good measure of Clash Royale Deck cycling is the "Average Elixir Cost" shown directly below your Battle Deck cards. 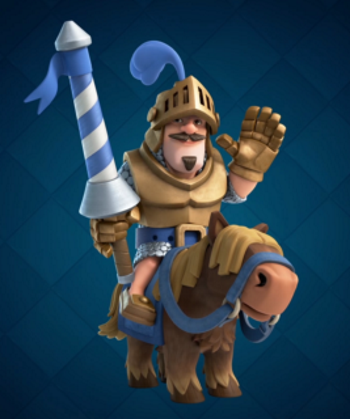 We already talked a little about Targeting in our Clash Royale Beginner's Guide, but it bears emphasis that this is one of the most important parts of building an effective Deck. You need to consider each of the basic Target types (Ground, Air, Building), and how your Clash Royale Deck will deal with each of them. Ground targeting troops will be exposed to Air attacks - how will you protect them? Many Air targeting troops are weak and need Tank or Tower support or they will burn up too fast. The single minded focus of Building targeting troops means they may get chewed up by Hordes without ever landing a blow. Consider each Card in your deck and what support it will need based on its Targeting preference.

Read on for a detailed break down of Card Archetypes: Using them on Offense, on Defense, and Defending against them.

Like we talked about in the Clash Royale Beginner's Guide, there is a core Paper/Rock/Scissors structure to Card mechanics that creates ideal "counters" for each Card Archetype (Tank/Horde/Spell). Each type can be used offensively or defensively though, and there are special types and nuances to consider, so read on and we'll break it all down. 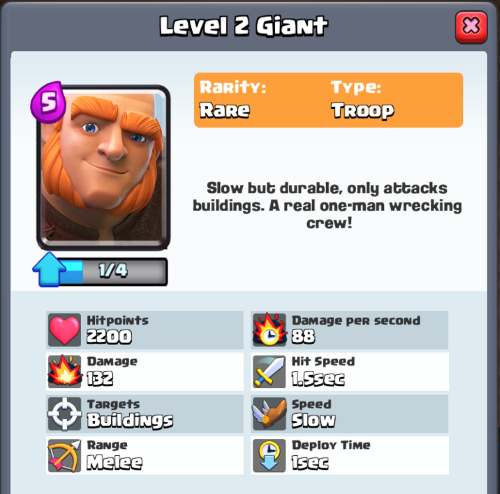 The first thing you are going to need in any Clash Royale Deck is some Troops that can take a punch. There are a lot of harding hitting Troops and Spells out there, and most of the higher damage Troops can't take much damage before they fold. In fact, many of them will die running at a Tower before they even land a blow. This is where your Tanks come in. Tanks attract "aggro" from Troops and Towers, until pretty quickly everything is shooting at them. This allows your other weaker Troops to either move up without being challenged, or better yet deal damage without taking any. Some Tanks like Giants can even add the benefit of gently pushing a mass of troops back as they march on towards a Building. Tanks come in "Strong" varieties (Giant, Giant Skeleton, P.E.K.K.A) and "Weak" varieties (Knight, Prince, Valkyrie, Mini P.E.K.K.A). Strong Tanks can asborb more damage, but tend to also deal out less damage and move more slowly. Weak Tanks absorb less damage, but often have hybrid attributes like high damage or fast movement which can make them more versatile. 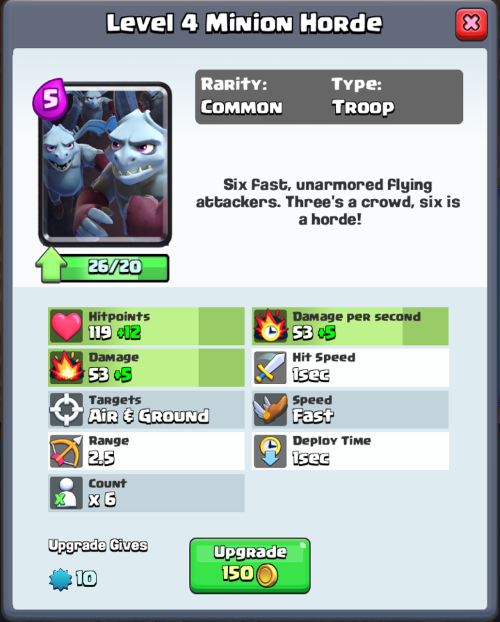 Now that you've got some damage absorption, it is time to lay out some damage of your own. With the exception of a few Spell Cards, all Cards have a Damage stat (or "Area Damage" if applicable, more on that below). Troop Cards also have a Damage Per Second or "DPS" stat, to give you an idea of their continuous damage output. The highest DPS Cards in the game tend to be Hordes - groups of 3-6 Troops of a given type which are deployed together and move en masse. Most Hordes left unchecked can cripple or destroy a Tower, but the trick is keeping them unchecked. Alone, most Hordes will get torn up, so they need to be deployed in formation so that Tanks distract Towers and other Troops and let the Hordes do their work.

Read on for more analysis on Spells, Area Damage, Spawners, and Defensive Buildings - all key aspects of a strong Clash Royale Deck Build. 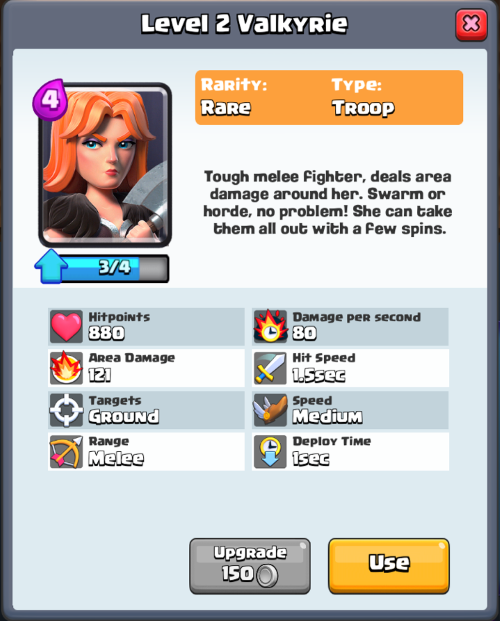 While there are a few spells like Rage and Freeze which have other status effects, most Spells are focused on Area Damage. Area Damage, also known as "Splash" damage, is a really key component of any Clash Royale Deck. It is the primary method to deal with Hordes. Spells also gain the huge strategic advantage of sidestepping all pathing mechanics to target damage right where you want it. Beyond Spells, numerous Troops also deal Area Damage as they attack - making them mobile Horde Death Squads. Take some time to review the damage type of each Card in your Deck, and make sure you have several Area Damage options available. 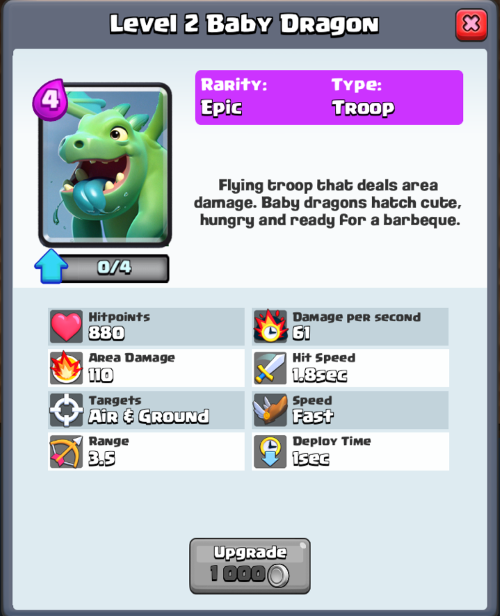 A special, perhaps even infamous subset of Troop Cards have the unique ability to fly and avoid many Ground targeting Cards altogether. These cards can be great nullifiers to otherwise powerful Ground only Troops, and having them in your Clash Royale Deck, or at least a counter for them, is essential. 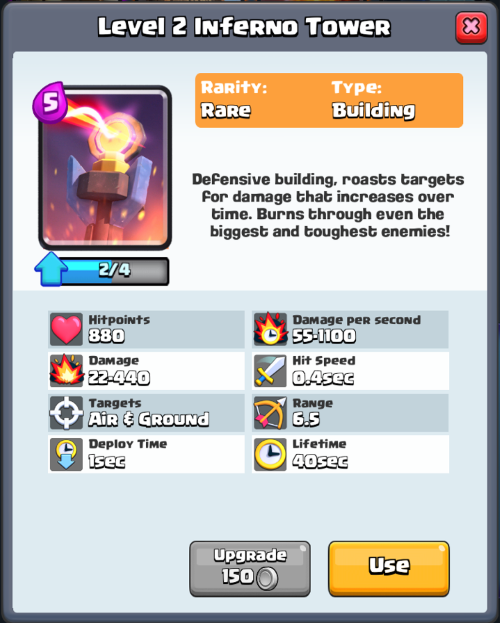 As you climb up the Arena ladder, you will eventually unlock Cards that create two main types of Buildings. "Spawners" continuously release Horde troops, which automatically head off to attack your opponent just as if you'd deployed them. Spawners usually deploy troops in smaller quantities than you could with similar Horde cards, but they often deploy them at a higher level, especially initially (since a Level 1 Spawner spawns level 3 Troops). Defense Buildings act as added defensive "towers" that act to protect your territory with a variety of unique attack mechanics. Both count as "Buildings" for Troops which target Buildings, which we'll discuss more below.

Well that concludes our Clash Royale Deck Building Basics. Yes, that's just the basics! There are many more match ups and advanced strategies to unpack, but if you master these concepts you'll be on your way to climbing the Arena ranks. See any Clash Royale Decks tips we missed? Leave a comment below and let us know!