Burly Men at Sea is a charming, story-focused adventure game from the husband and wife team that calls themselves Brain&Brain. Inspired by Scandinavian folklore, Burly Men at Sea follows three bearded fishermen who find a magical map that leads them to great adventure.

While I think the "adventure" label works well for Burly Men at Sea, this is by no means a traditional adventure game. Burly Men at Sea is definitely designed with a simplified control scheme in mind. The controls are basically drag (or swipe on mobile) to move the "camera" around and explore new territory, and click (tap) to interact. There aren't really any puzzles to solve in the traditional sense. Most of the time, Burly Men at Sea offers you some simple, binary choices and asks you which direction you want your adventure to take you. 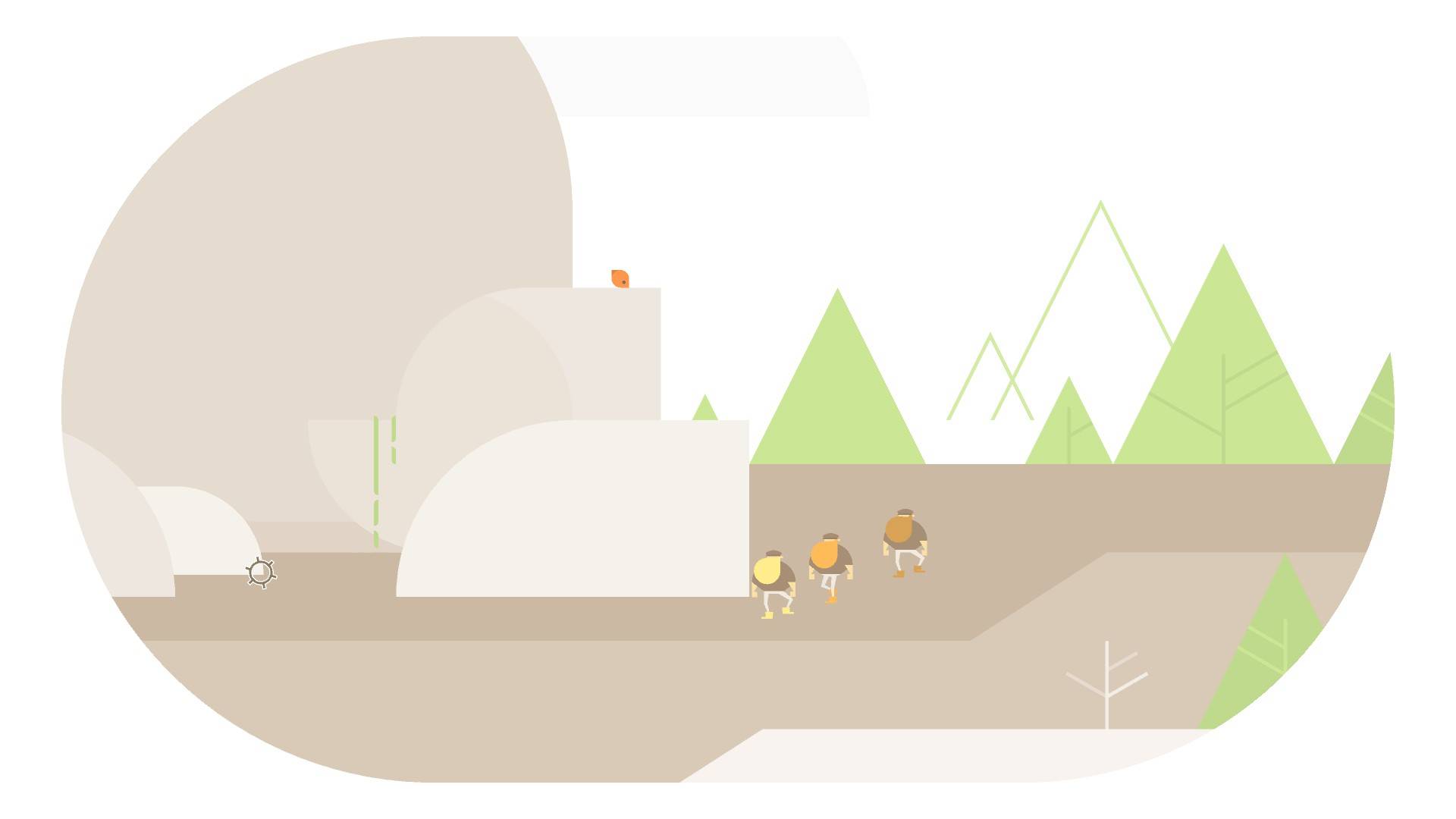 The visuals and sounds of Burly Men at Sea are likewise minimalistic. Most of the characters and environments are simple shapes in bright pastel colors, which reminded me most of a children's storybook. The music and sound effects are often simple tunes filled with a capella touches. I loved the aesthetic, personally. It's all so clean and whimsical. 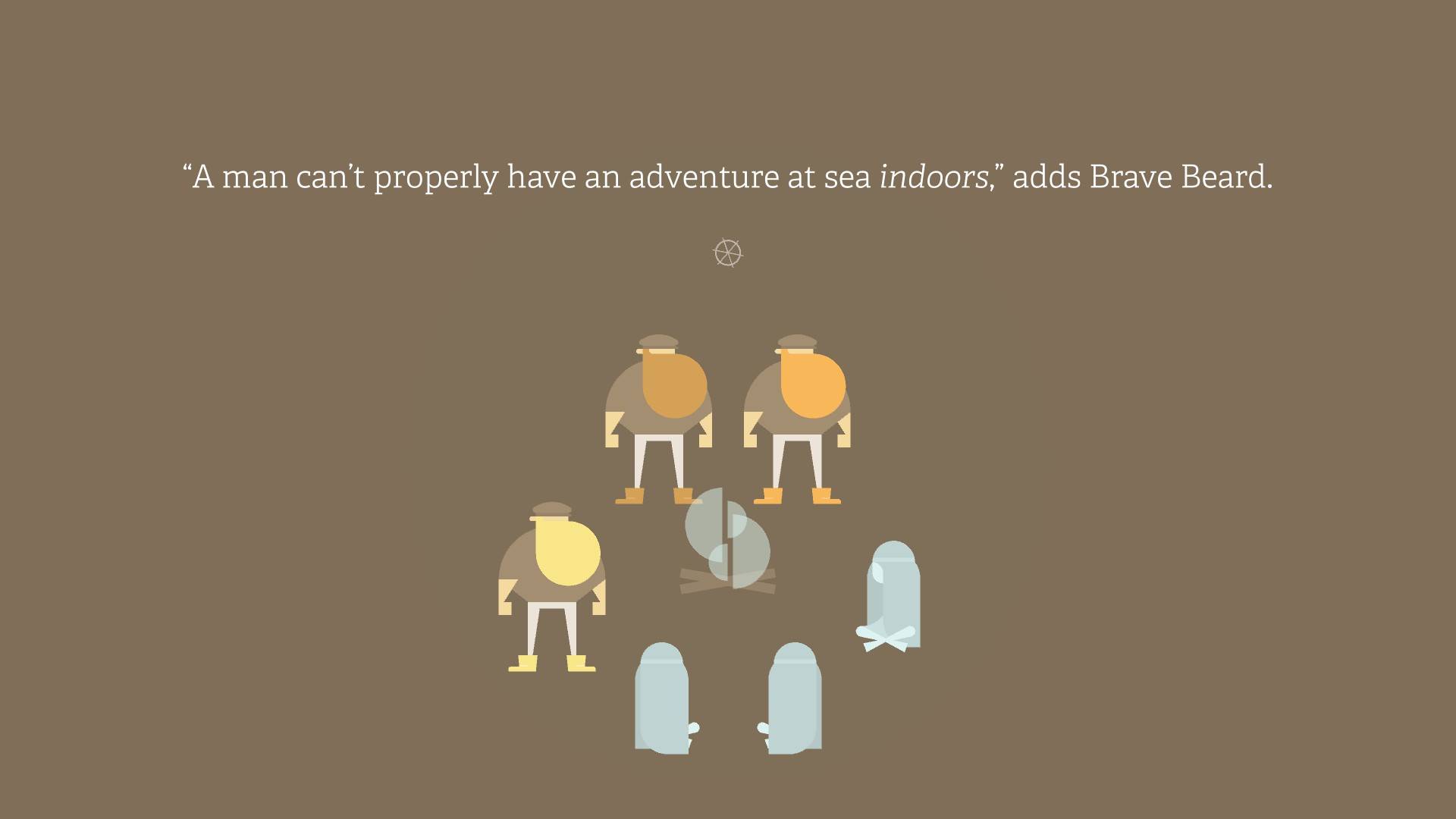 Burly Men at Sea is structured as a set of (almost always binary) choices. Each choice creates a different "chapter" of your story. The chapters themselves are charming and full of interesting situations and characters. After your story is complete (usually around 4 chapters), the game loops back to the beginning and lets you start fresh. A single four-chapter story takes around 10 minutes to complete. 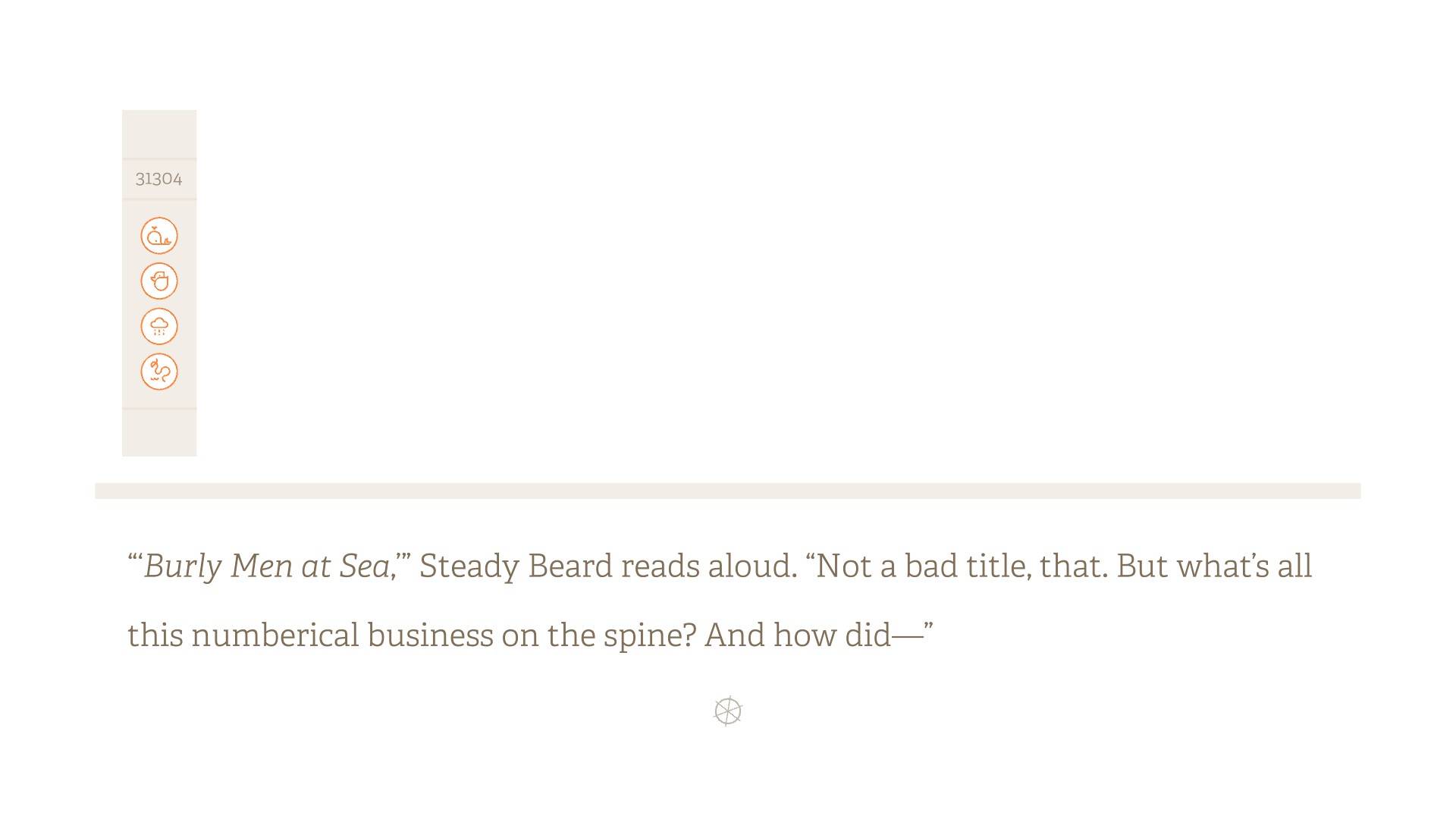 Even though there are many different routes to take, you'll end up playing the same chapters multiple times if you want to see them all. There's no way to skip over parts you've done several times in order to get to the new chapters you might have missed. This repetition, coupled with the short length of each game, means that Burly Men at Sea feels really short. Games can be good and short, but Burly Men at Sea doesn't end up feeling as "burly" as it maybe could be.