I got to preview The Banner Saga 2 at PAX South 2016 with publisher Versus Evil, and it was intriguing enough for me to chomp through the first installment so I could be ready for this release. After spending some time with it, I'm pretty impressed with how it has moved the series forward. 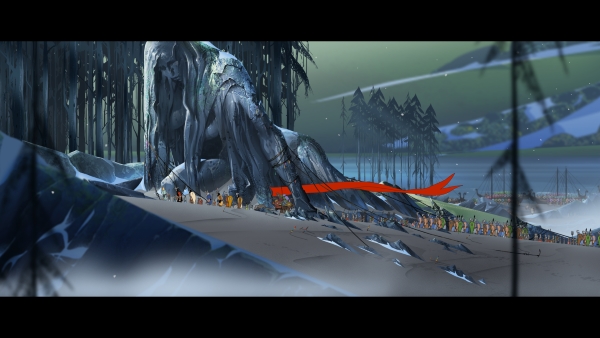 Let this be a lesson to any would-be Saga-copyright-holders: Nobody does "saga" like The Banner Saga. Stoic does an amazing job of balancing your toes on the edge of a crumbling hellscape with just enough forward progress to make the insurmountable task of "saving the world" seem possible. Where the plot of The Banner Saga felt a little thin at times, The Banner Saga 2 makes Varl-size strides with more interesting character development, and more interaction with the macro events of the impending apocalypse. There are no good choices, but each tough decision hones and redefines the protagonists - exposing their weaknesses, strengthening their allegiances, or hardening their hearts for survival. Beefier character dialog and jaw dropping parallax scrolling are just some of the touches that make the second installment an even tastier follow up to the first. 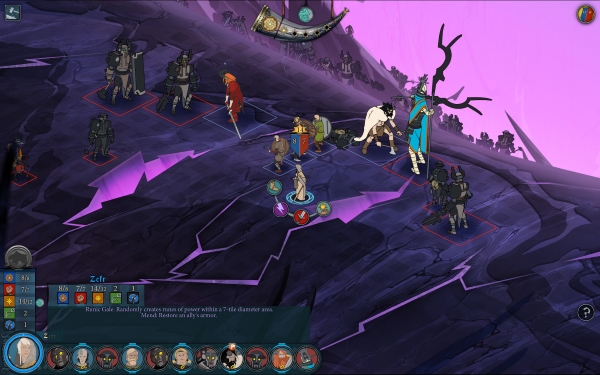 When we talked with Versus Evil at PAX South they mentioned that Stoic had received a lot of feedback on the combat system of the first game. It is clear they listened. While I may not have been as critical of it as some, I definitely find the variety of engagements and the meaningful new abilities that have been added a huge improvement. Even the training mode has been revamped with a goal system, and a focus on teaching synergies and character strengths - elevating it to tool that really will improve your tactics. 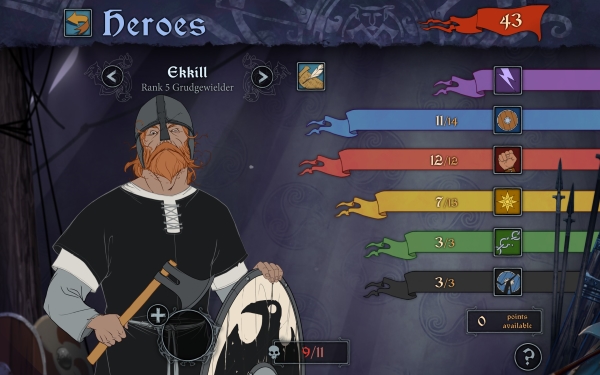 The cast of characters is even more varied, but at the same time there are very few if any "worthless" characters to be avoided. A 2nd skill unlock, and reputation that seems to flow a little more freely help to avoid accidental "throw away" investments in characters that are de facto second class citizens. Some, like the "eye-twitchy" Ekkill may never be a team centerpiece, but more than make up for it with their backstory and dialog. Others like Bolverk and Rook are bonafide badasses that feel as powerful as their importance to the story implies. Plenty of branching dialog options allow you to refine or even redefine the characters as you see fit. After all the fun I've had with both games I'm seriously considering a second pass "Rook is an incompetent douchebag" run, just to see the results. 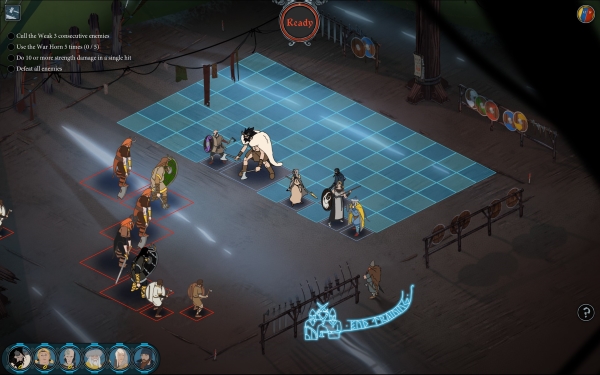 The End of the World - Yay!

The apocalyptic events that beset our protagonists are unfortunate - but the vivid desperation and the conflict of choice that permeates Banner Saga 2 make it an excellent return to the end of the world that manages to improve on just about all of the weaknesses of its predecessor.