The response to our first article on Clash of Clans secrets has been overwhelming, and as I've continued to clash I've picked up on a few more Clash of Clans strategies, some that were suggested by the wise chiefs over on Reddit (may their targets be ever vulnerable, and their loots be phat and substantial). Without further ado, here are ten more valuable nuggets to take your clashing to the next level. 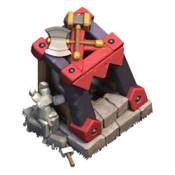 When the housing space for Wallbreakers increased to 2 it put a damper on the Wall Breaker Elixir Bank we previously described. At the same time, Dark Elixir Troops were introduced complete with a Dark Elixir Barracks. At the highest levels of troop upgrades, you can currently bank over 3k Dark Elixir, but even at lower levels you can still ferret away some of the precious liquid, safe from the greedy paws of enemy clashers. Farming Dark Elixir can be super grindy, so protecting what you can is essential.

Pain is temporary. Quitting lasts forever. - Lance Armstrong As Clash of Clans approaches its first birthday, there are some who just weren't strong enough to keep clashing. But don't let quitters bum you out, they are actually super fun to raid! Spotting abandoned villages is actually one of the most important Clash of Clans strategies for farming. Some hints are fairly obvious, but others are much more subtle. Learn them all, and get good at searching for them during your free 30 second inspection time. What to look for:

# 3. Inactivity Timeout and your device settings 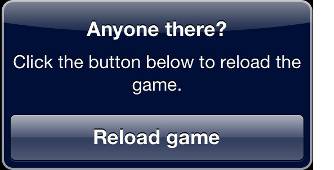 When your shield is down and your are away from your village, the pillaging can be quick and brutal. There are many varied Clash of Clans strategies for defense - but none compare to simply being in your park. Even with the newly added "Personal Break", you can still log some serious time where you are completely invulnerable. But there is a catch - your device timeout. Normally a quick timeout is a good thing - it saves battery life, which is good for ya know... phone and stuff. In Clash of Clans the device timeout is more like the instant before you hit a cornfield running backwards with your pants down. The point is, you want the maximum timeout possible. During an active raid session, life will often distract you temporarily (silly life), and there is nothing more heartbreaking than taking a big loss during a one or two minute idle period. Set your device timeout to 5 minutes or more, and you'll get the full benefit of the maximum idle time SuperCell allows. Beyond 5 minutes you'll get a prompt that requires you to reload your game. Note also that this tactic will drain your battery fast, so it's a good idea to just plug in for the duration. 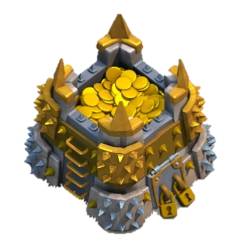 So obviously it is a good thing to check your collectors often and move what they've collected into storages because of the fact that storages are few and normally better guarded, and collectors are many and typically not well guarded. As you get more experienced attacking and defending, it makes sense to learn the math behind how many resources are vulnerable.

This means that every time you check your village and move resources to your storages, you are greatly increasing the percentage that is safe. It makes it a very good idea to empty all of your collectors when your shield is about to run out, even if you don't really have time to raid. Keeping in mind these percentages can also help you analyze villages to attack, especially from the "Revenge" view, where you have plenty of time and can see the actual quantities in each storage.

To many, the XBow can be a daunting defense to deal with. It shoots fast and has a huge range, which can really rip up an attacking force. One of the keys to a lot of Clash of Clans Strategies is just to know when your opponent is weak, and for the XBow SuperCell provides two great visual clues. 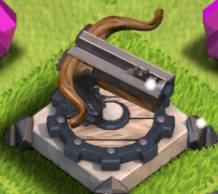 XBow Empty: When you see an XBow with no "string" and no "elixir cannister", you are in the clear. Some other poor chief took arrows to the face and private areas so you don't have to. Empty XBows are no threat at all, but keep in mind that Giants and Balloons will still target them. 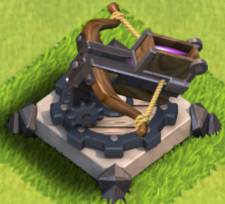 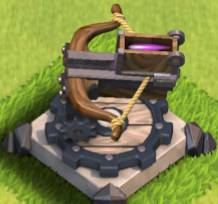 XBow Angle: The XBow has two settings, and can either be angled up to hit both ground and air targets, or set "level" to target only ground troops. When in the "level" position, it cannot hit air targets at all. This means that Dragons, Balloons, Minions, and Healers have nothing to fear from it. When it is angled up the range is also slightly reduced for both ground and air, but it is still pretty significant.

Five Tips Down, Five To Go!